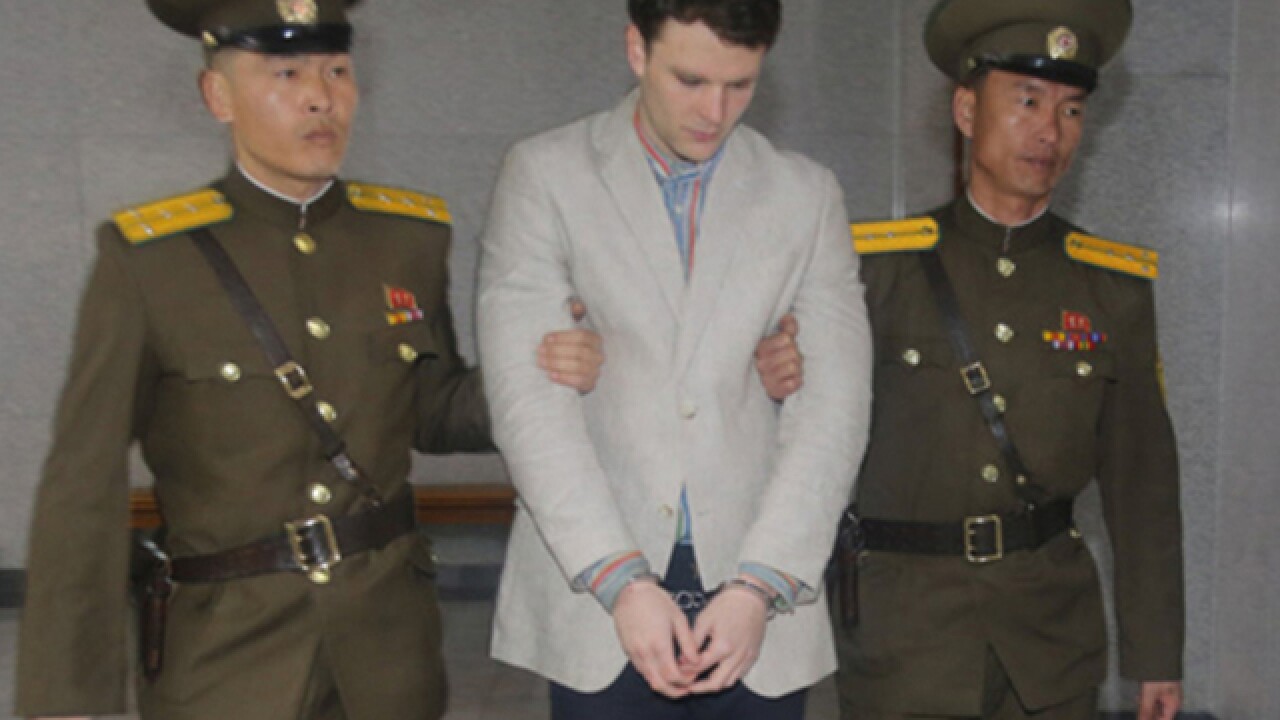 The parents of Otto Warmbier are suing North Korea in a 22-page complaint filed Thursday in federal court in Washington.

Warmbier was a college student from Wyoming, Ohio, who was jailed in North Korea and died shortly after he was returned to the United States in a coma.

In the document, Fred and Cindy Warmbier accuse Kim Jong Un's "criminal" regime of brutally torturing and murdering the 22-year-old during his 17-month-long captivity from Jan. 2, 2016, through June 13, 2017.

“Otto was taken hostage, kept as a prisoner for political purposes, used as a pawn and singled out for exceptionally harsh and brutal treatment by Kim Jong Un. Kim and his regime have portrayed themselves as innocent, while they intentionally destroyed our son’s life. This lawsuit is another step in holding North Korea accountable for its barbaric treatment of Otto and our family," said Fred Warmbier in a statement.

Examine the full complaint in the box below.

Last summer, Fred Warmbier told the hosts of Fox & Friends and CNN "it looked like someone had taken pliers and tried to rearrange" Otto's bottom teeth. He said he noticed this while examining his son after he returned to the U.S. in June.

But the Hamilton County Coroner's Office disputed that account.

In a news conference, Coroner Dr. Lakshmi Sammarco said she did not see "any evidence of trauma" to Otto's teeth upon his return from North Korea and that she was surprised by the Warmbier's statements.

The Warmbiers also attended President Trump's State of the Union address in January.

“You are powerful witnesses to a menace that threatens our world, and your strength inspires truly us all,” Trump said to the Warmbiers. “Tonight, we pledge to honor Otto's memory with total American resolve.”