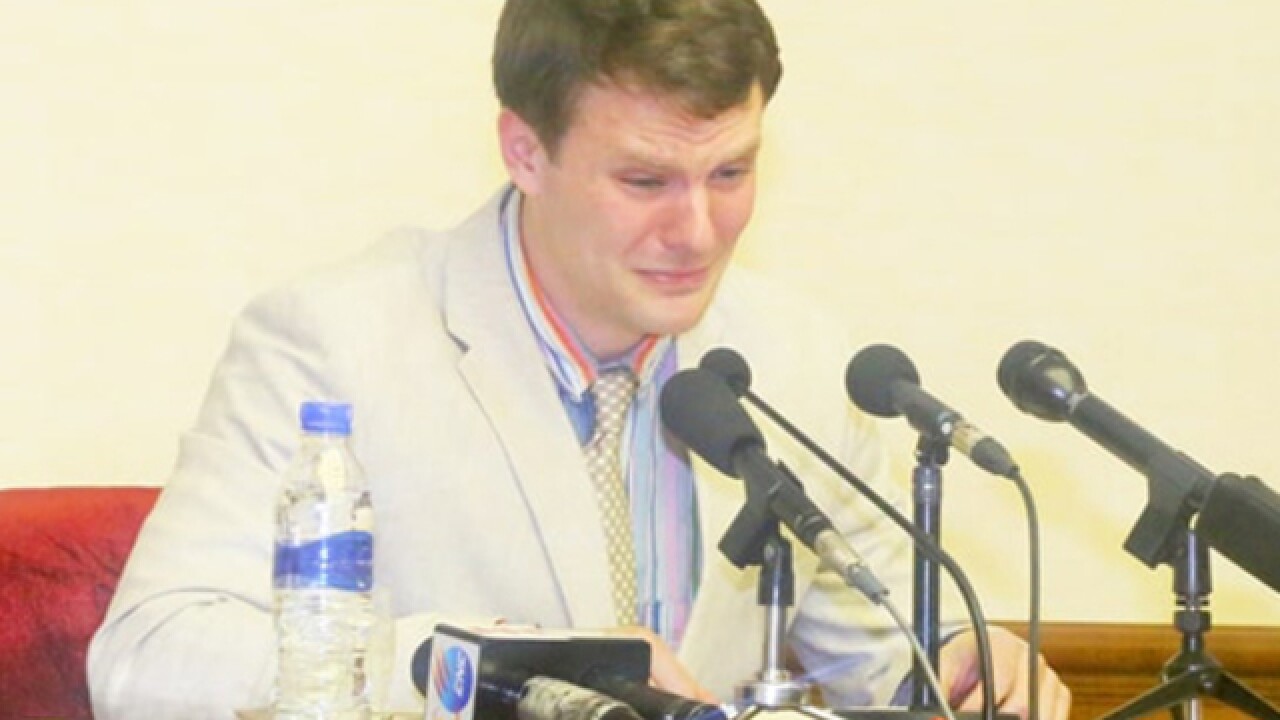 Image copyright 2017 Getty Images. All rights reserved. This material may not be published, broadcast, rewritten, or redistributed.
CNN Newsource/Getty Images
<p>Otto Warmbier on the day of his trial</p>

CINCINNATI -- Doctors described 22-year-old Otto Warmbier's condition as a state of "unresponsive wakefulness" after they examined him upon his return from North Korea.

Dr. Daniel Kanter, director of Neurocritical Care Program at the University of Cincinnati Medical Center, said his coma was likely caused from cardiac or respiratory arrest, which decreases blood supply and results in the death of brain tissue.

“He has spontaneous eye opening and blinking; however he shows no signs of understanding language, responding to verbal commands or awareness of his surroundings,” Kanter said. “He has not spoken. He has not engaged in any purposeful movements or behaviors.”

“We do see respiratory arrests from overdose -- from medication overdose -- intentional or otherwise,” Bonomo said. “It would be inappropriate for me to speculate about the intent or whether this was a misadministration of a medication.”

RELATED: What happened to Warmbier in North Korean prison?

Doctors found no evidence of trauma after examining all of Warmbier's bones. Kanter said scans did not show any acute or healing fractures, including scans of his skull.

Earlier reports of Warmbier’s condition stated North Korean officials claimed he had contracted botulism, and he fell into a coma after he was given a sleeping pill.

Dr. Brandon Foreman, associate director for Neurocritical Care Research, said there was no evidence that would suggest “active or chronic” botulism -- a nerve-damaging bacteria.

Kanter said there is no way to tell for certain how Warmbier sustained his injuries.

RELATED:Family relieved Warmbier is home, angry he was ‘brutalized' in North Korea

Kanter said Dr. Jordan Bonomo and the University of Cincinnati Medical Center transport team met Warmbier when he arrived in Cincinnati Tuesday, and Warmbier was transported to the neuroscience intensive care unit.

"His skin was in good condition, and he was well-nourished when he arrived at our facility," Kanter said.

Warmbier’s vital signs were stable upon arrival, Kanter said. He currently requires no supplemental oxygen, and he shows no signs of infection or dysfunction of major organs, aside from his brain.

UC doctors received copies of brain MRI images from medical officials in North Korea, Kanter said. The two images on the disc were dated April and July 2016, and Kanter said they suspect Warmbier’s injury occurred in the “preceding weeks.” Kanter also noted there was no way of verifying the dated notations.

Warmbier’s future care and treatment will be kept confidential out of respect for the family, Kanter said.

In an earlier news conference, Kelly Martin of the University of Cincinnati Medical Center said Otto is in stable condition since arriving at the hospital Tuesday, but he has suffered a “severe neurological injury.”

Warmbier's father, Fred Warmbier, also talked about his son's medical condition after his release Tuesday from the totalitarian nation. Warmbier was serving a 15-year prison sentence with hard labor for being accused of trying to steal a propaganda banner.