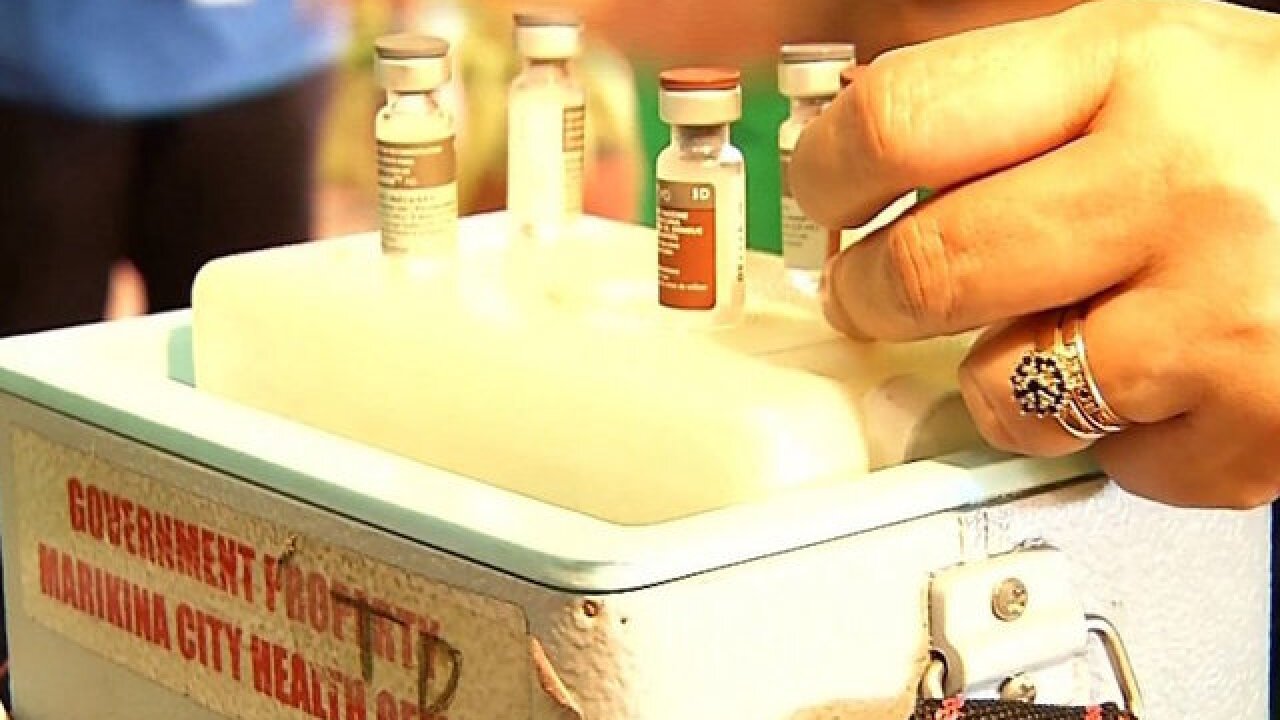 © 2018 Cable News Network, Inc.
CNN
<p>Opting out of vaccines leaves these US 'hot spots' most vulnerable for outbreaks</p>

A number of American states and metropolitan "hot spots" are vulnerable to outbreaks of vaccine-preventable disease, new research suggests. The reason? Children whose parents opted out of vaccination.

The risk of outbreaks is rising in 12 of the 18 states that permit nonmedical exemptions from childhood vaccinations, according to a study published Wednesday in the journal PLOS Medicine. Those states are Arkansas, Arizona, Idaho, Maine, Minnesota, North Dakota, Ohio, Oklahoma, Oregon, Pennsylvania, Texas and Utah.

Over the past decade, these states have seen a rise in the number of nonmedical vaccine exemptions represented by children entering kindergarten without their shots, said Dr. Peter Hotez, a co-author of the study and dean of the National School of Tropical Medicine at the Baylor College of Medicine in Houston.

Certain "hot spot" metropolitan regions also show a high proportion of nonmedical exemptions and so may be especially susceptible to outbreaks: Seattle and Spokane, Washington; Portland, Oregon; Phoenix; Salt Lake City and Provo, Utah; Houston, Fort Worth, Plano and Austin, Texas; Troy, Warren and Detroit, Michigan; Kansas City, Missouri; and Pittsburgh. High numbers of unimmunized children living in large cities with busy international airports may contribute to the risk of a swift spread of disease, according to Hotez and his co-authors. Measles outbreaks in the US are usually started by people when they become sick while traveling to or from a country where the virus is endemic.

Overall, Idaho has eight of the top 10 counties with the highest rates of non-medical vaccine exemptions. The low end of this range is nearly 15% of the kindergarten population having a non-medical vaccine exemption in Morgan, Utah, to 27% in Camas, Idaho. Other top 10 counties include Bonner, Valley, Custer, Idaho, Boise, Kootenai and Boundary, Idaho and Bayfield, Wisconsin.

'An autism dad' and his fight

"I'm a vaccine scientist, but I'm also an autism dad trying to fight this antivaccine movement at a very personal level," Hotez said. Antivaccine advocates often argue that autism is caused by vaccines, yet this theory has been debunked.

Hotez and his colleagues found an increase since 2009 in the number of children enrolling in kindergarten with vaccine exemptions for "philosophical" or other nonmedical reasons in 12 of the 18 states that allow them. The study does not explore the reasons why only some of these states have rising rates.

States where a higher percentage of parents exercised their right to a nonmedical vaccine exemption showed lower coverage rates of the MMR vaccine in particular, the study finds. (The MMR vaccine, which is given to children in two doses at 12 to 15 months old and 4 to 6 years old, protects against the measles, mumps and rubella.)

"We had a terrible measles outbreak in Minnesota last year," Hotez noted, adding that vaccination coverage in 90% to 95% of all children is needed to protect against highly infectious diseases.

Subsequently, in 2015, California voted into law a regulation against such nonmedical exemptions, which were seen as a contributing factor in the outbreak. Between 2016 and 2017, the number of kindergarteners with nonmedical exemptions dropped to the lowest rate the state has seen in over a decade, Hotez said.

California wasn't included in the new study "because they already closed that door."

His concerns extend beyond America's borders.

"What we're seeing in Europe right now -- with horrific measles outbreaks across Europe -- could also begin in the US as well," he said. He noted that with more than 10,000 cases of measles in Ukraine this year and higher-than-usual rates in Romania, Italy, Greece and Germany, 2018 will top last year's total of 20,000 measles cases across Europe.

"Starting in 2000, we put in place GAVI, the Global Alliance for Vaccines and Immunization. That's been an incredibly successful organization," Hotez said. "It's done a terrific job of lowering deaths from childhood infectious diseases like measles. GAVI has brought down measles deaths by 90%, from over 600,000 to over 70,000. I worry we're going to start eroding those gains."

The new study is a "good contribution" to the field, said Saad B. Omer, a professor of global health and epidemiology & pediatrics at Emory University.

Omer, who was not involved in the research, said one strength of the work is that the researchers conducted an in-depth analysis of individual states with nonmedical exemptions, which had never been done.

"More recently, at a national level, we saw a plateauing of vaccine exemption rates," Omer said. The new study is important, then, because it looks at the states where this general national trend may not be happening.

"The good news is that the policy option that is more viable for most states" -- essentially, making it less convenient for parents to not vaccinate their children -- "has actual impact on rates of refusal," Omer said. In Washington state, he noted, a law requires parents to be counseled by a physician about vaccinations before they can receive an exemption for their children for nonmedical reasons.

Just by adding that law, he said, Washington saw an approximately 42% reduction in the rate of exemptions. In California, before the regulation against non-medical exemptions became law as a result of the Anaheim measles outbreak, there was a tightening of vaccination exemption requirements that helped reduce refusals, he noted.

Such incremental changes could have positive effects across the country, Omer says.