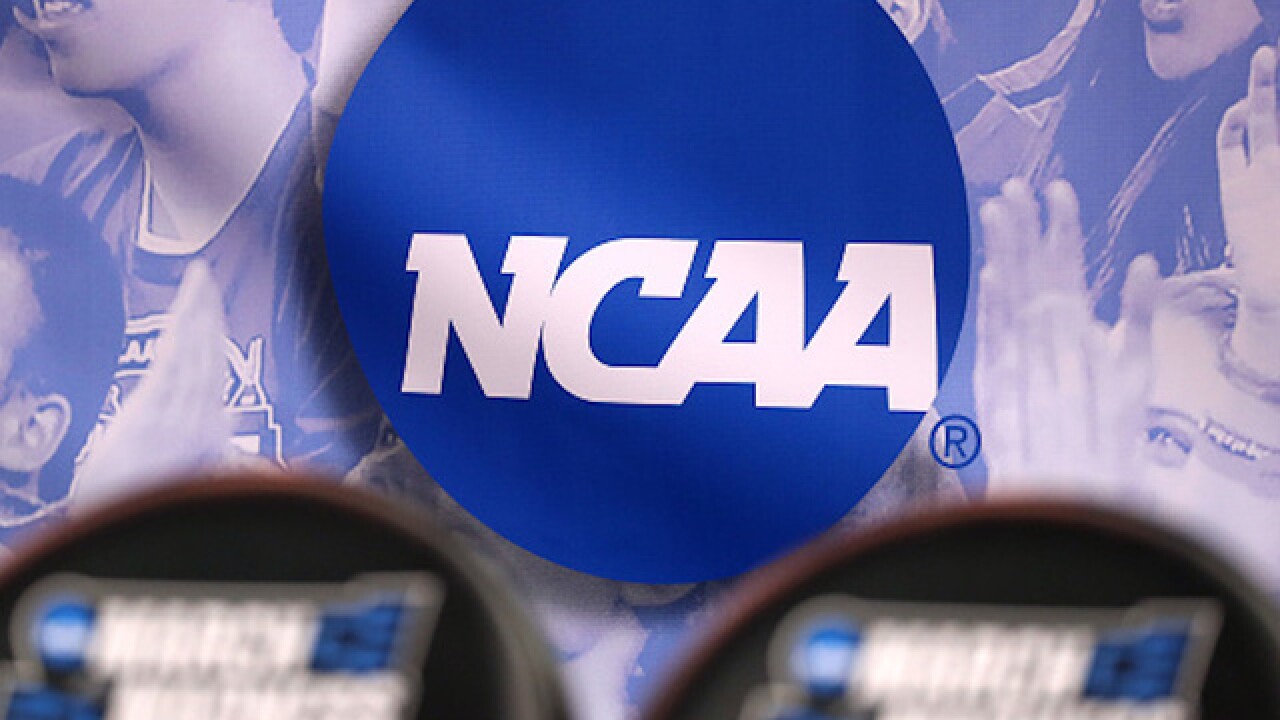 Image copyright 2018 Getty Images. All rights reserved. This material may not be published, broadcast, rewritten, or redistributed.
Christian Petersen
<p>SALT LAKE CITY, UT - MARCH 16: The NCAA logo is seen in the second half of the game between the Northwestern Wildcats and the Vanderbilt Commodores during the first round of the 2017 NCAA Men's Basketball Tournament at Vivint Smart Home Arena on March 16, 2017 in Salt Lake City, Utah. (Photo by Christian Petersen/Getty Images)</p>

The NCAA has announced Wednesday a series of major changes to college basketball in the hopes of eliminating corruption in the sport.

The NCAA will now allow undergraduate students to participate in the NBA draft and return to school if they are not selected. Previously, players were allowed to attend the NBA combine but needed to withdraw 10 days prior to the draft in order to retain eligibility.

"Elite" high school prospects will now be permitted to be represented by an agent certified by the NCAA. According to CBS, USA Basketball will be tasked with choosing which prospects are considered "elite."

The NCAA also announced major changes to the recruiting calendar, which the association hopes will allow recruits to attend more showcase events put on by high schools. Currently, apparel companies put on some of the most prestigious recruiting events.

The NCAA's announcement comes about a year after an FBI investigation led to charges against four assistant coaches. The investigation claimed that apparel companies were paying recruits and steering them toward schools with which the companies sponsored. Louisville basketball coach Rick Pitino resigned the wake of the investigation.