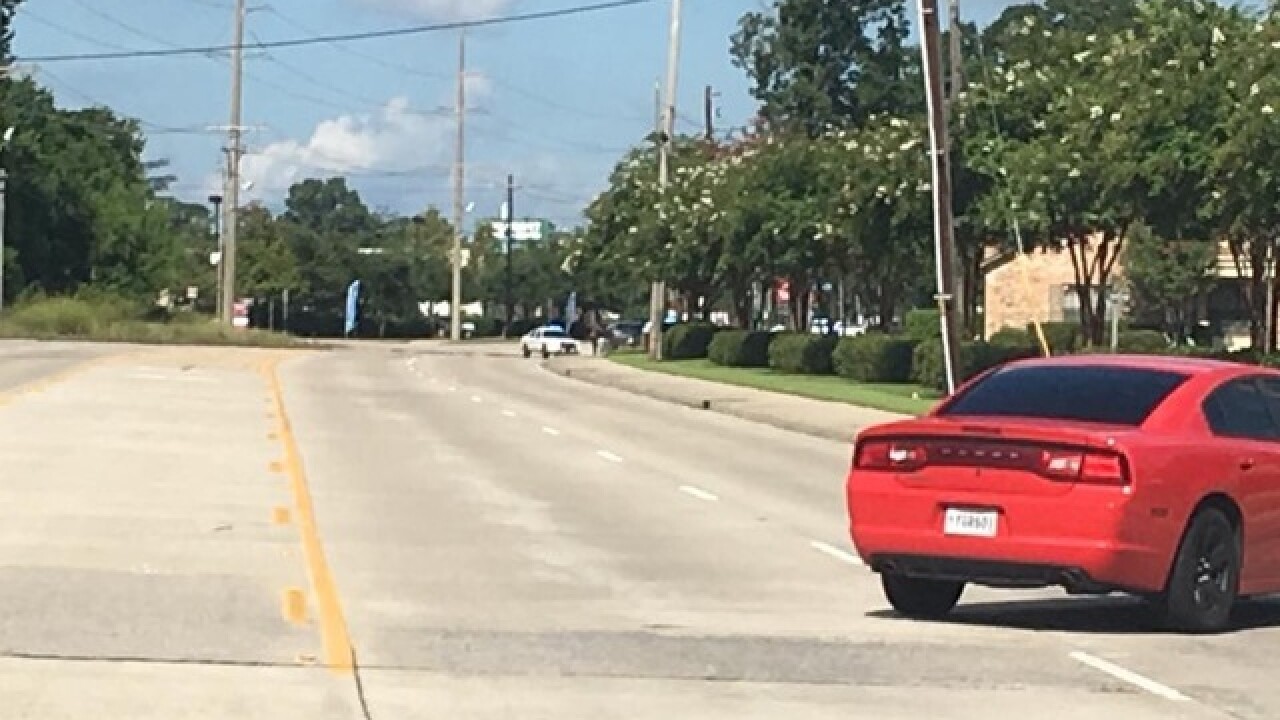 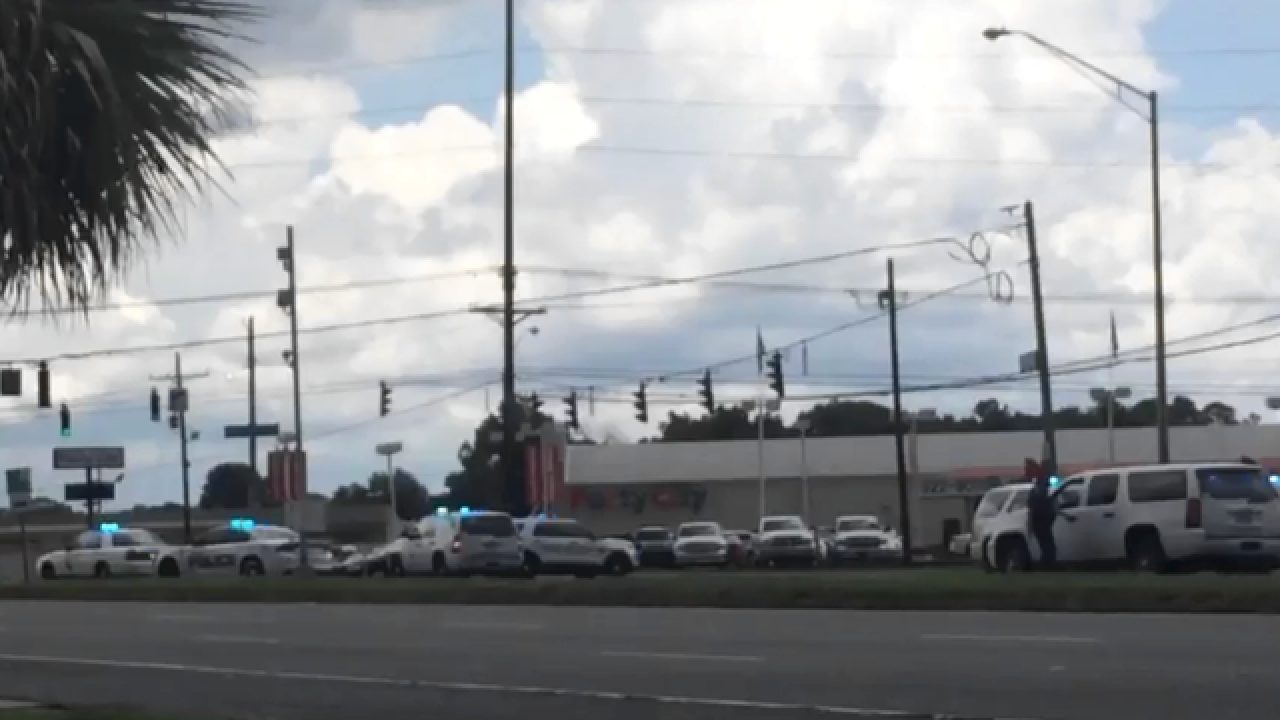 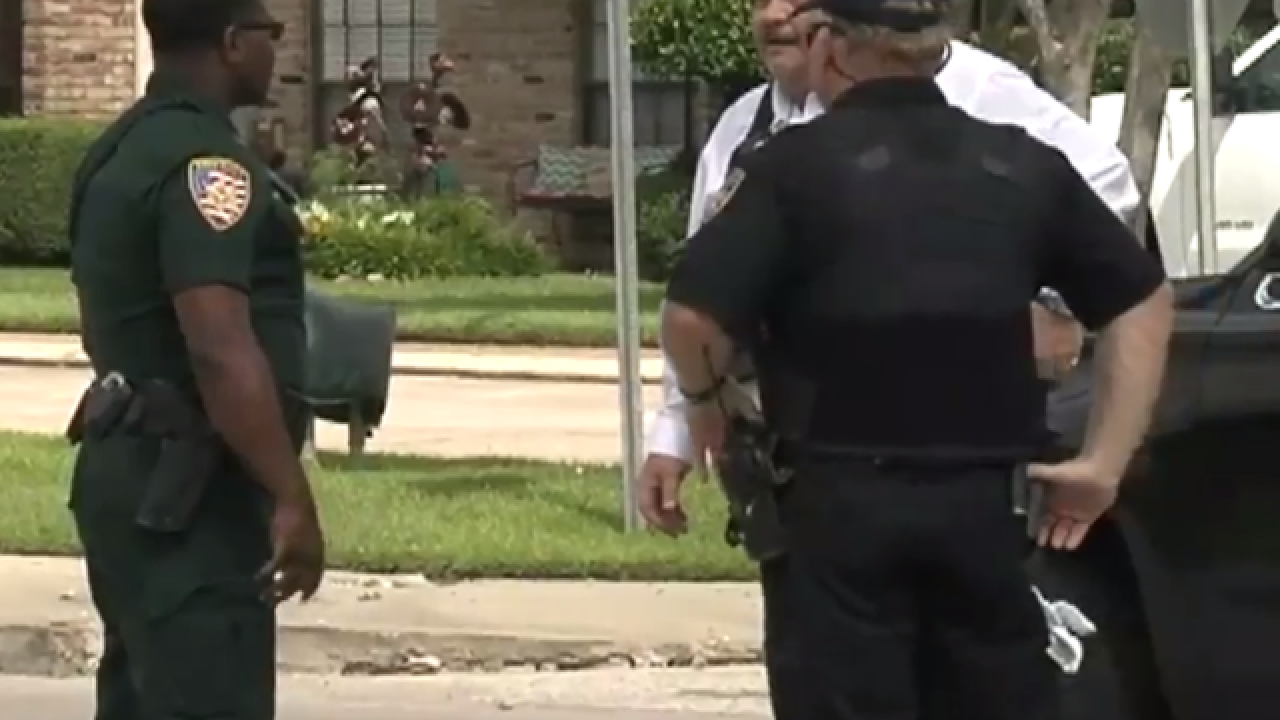 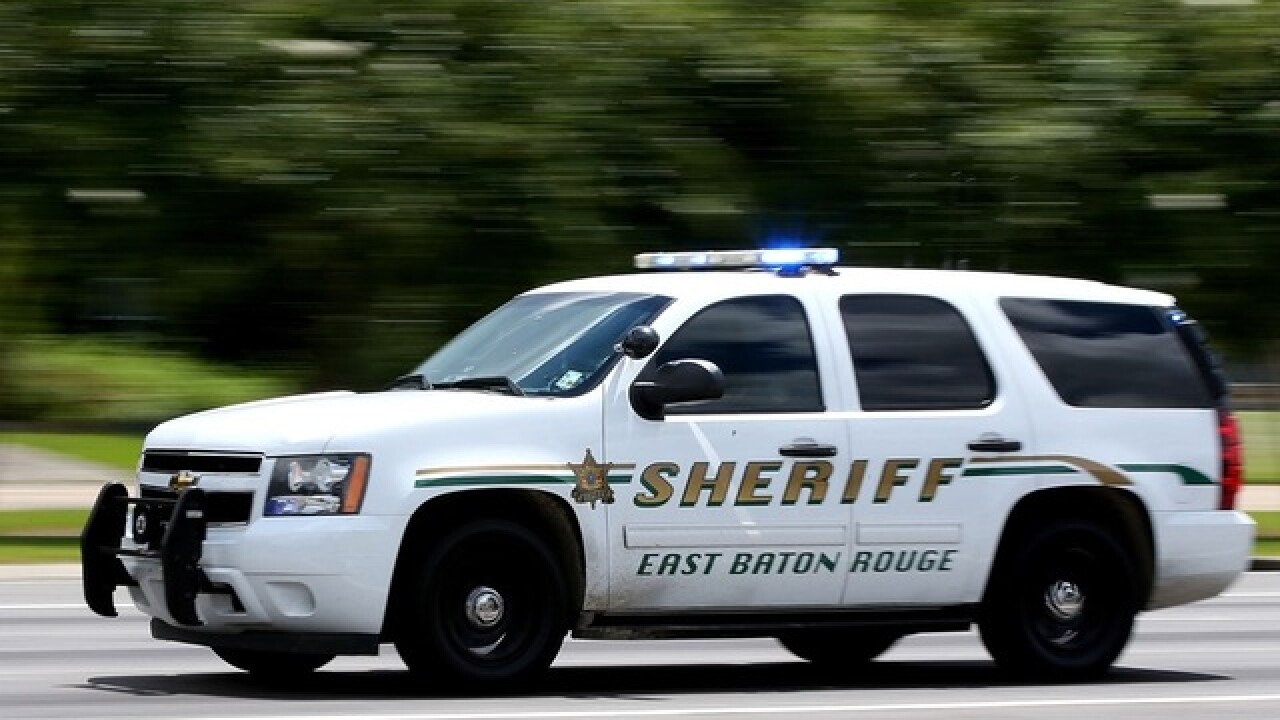 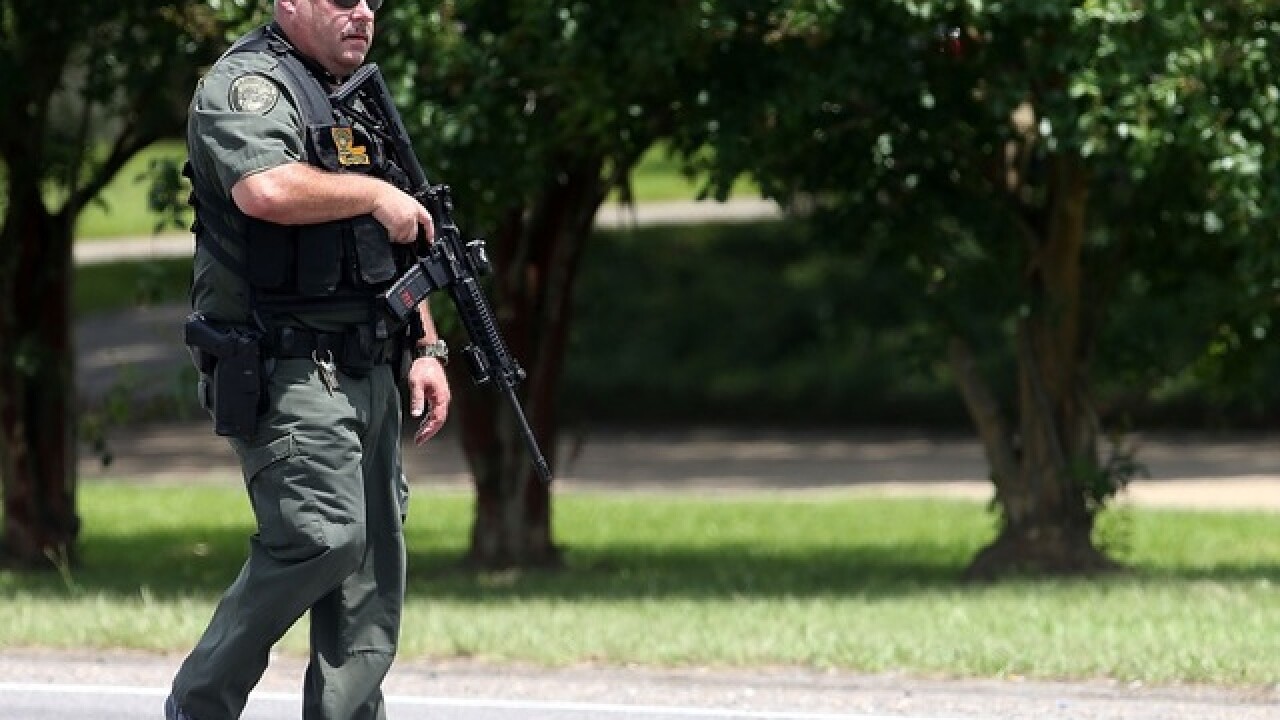 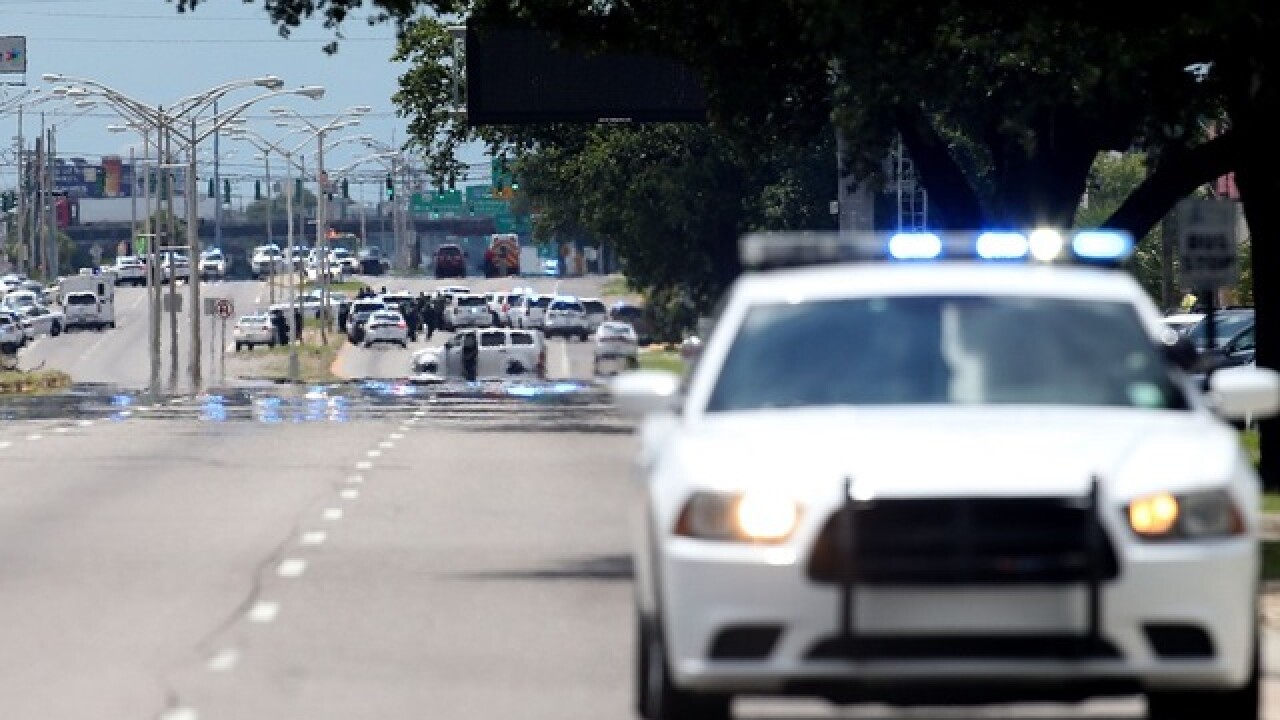 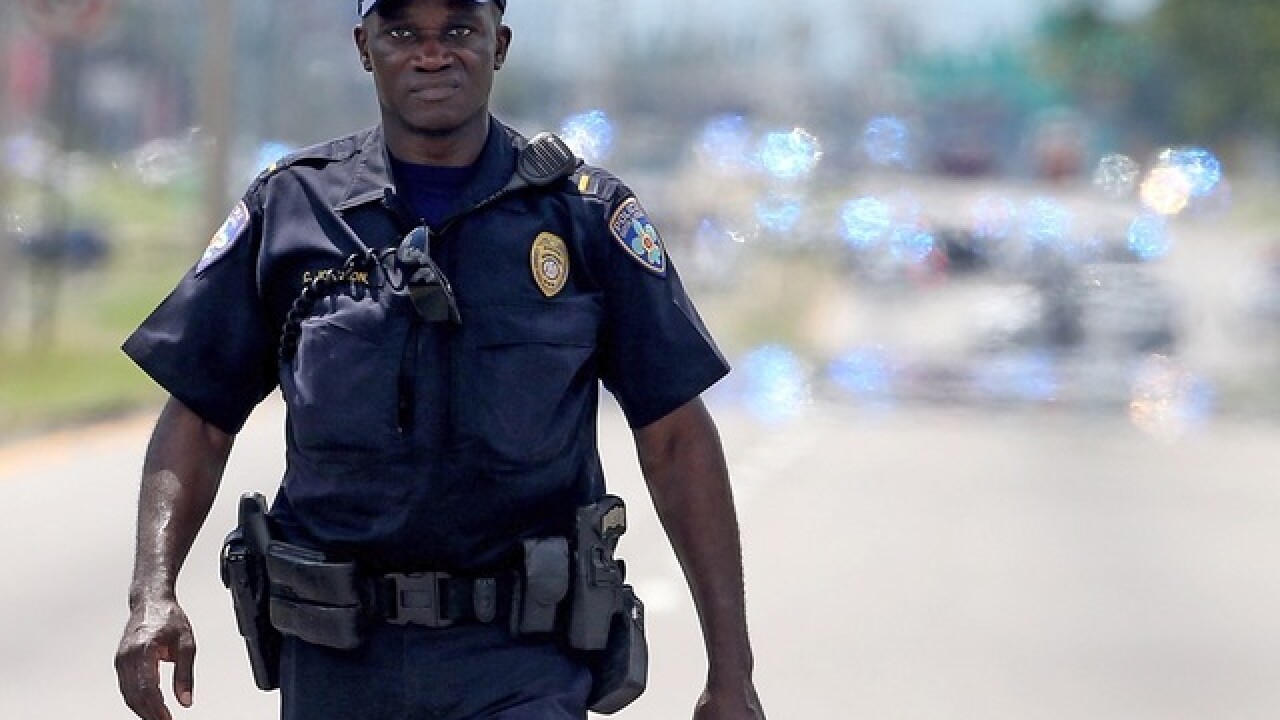 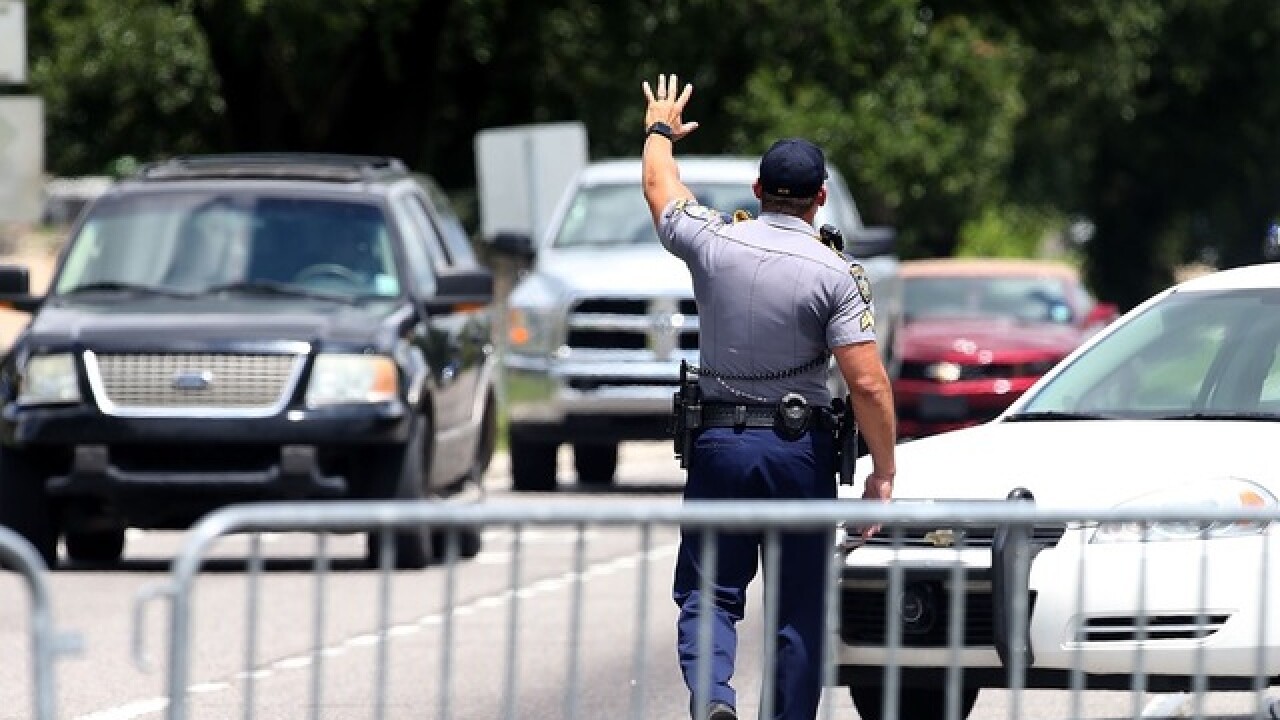 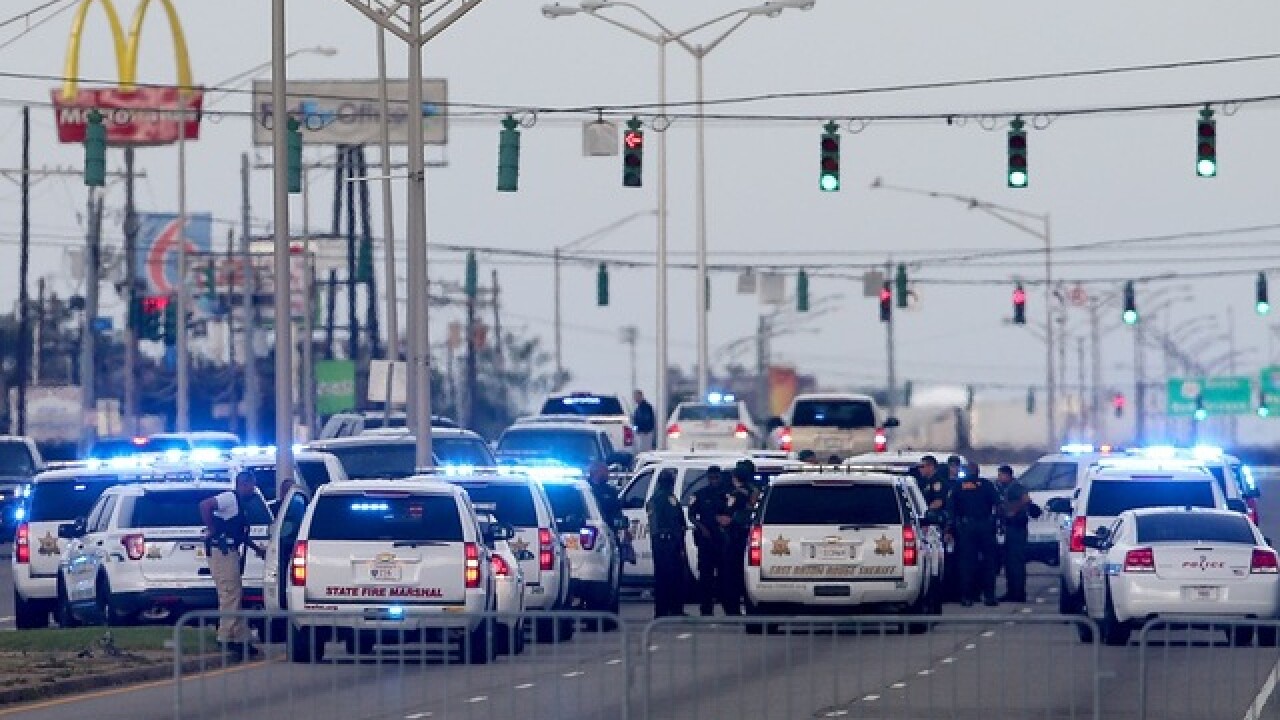 BATON ROUGE, La. -- Local law enforcement said it was a sole gunman who opened fire on officers Sunday morning in Baton Rouge, killing three and wounding several more, but they also said they could not say whether the gunman acted alone.

The suspect, later identified to ABC News as 29-year-old Gavin Long, of Kansas City , Mo., was killed during a shootout with police, according to Casey Rayborn Hicks, spokeswoman for the East Baton Rouge Sheriff's Office. Officials were still investigating to determine if the suspect had planned the attack alone or with assistance from others. Hicks said the public should call 911 immediately if they see anything suspicious.

CNN later reported the names of the officers killed: Montrell Jackson, Matthew Gerald and Brad Garafola. Officials said during a news conference late Sunday afternoon that all the victims were survived by spouses and families.

9 On Your Side anchor Julie O'Neill surveys the scene from the ground in Baton Rouge:

2 police choppers flying over. One has sniper inside as cops zero in on armed suspects. @WCPO pic.twitter.com/MEJ4J7B3fK

Got up close to scene but told to "Get back! It's not safe!" @WCPO pic.twitter.com/R5jWEOAzO5

The shooting happened less than a mile from that city's police headquarters and a little more than a week after a gunman killed five officers in Dallas at the end of an otherwise peaceful march protesting police-involved deaths of black men, including one in Baton Rouge. Police-community relations  have been especially tense  in the Louisiana capital since 37-year-old Alton Sterling was killed by white officers earlier this month after a scuffle at a convenience store. The killing was captured on cellphone video and circulated widely on the internet.

In the wake of Sterling's death, there have been calls to "rage" or "purge" police in Baton Rouge. ABC News obtained a warning issued by the FBI's New Orleans field office discussing "threats to law enforcement and potential threats to the safety of the general public. The threats stem from an officer-involved shooting in Baton Rouge, Louisiana on 5 July 2016."

WATCH: Julie O'Neill spoke with resident Kyle Williams about what he sees as the joint impact of Sunday's shootings on both the police and black communities:

Three other officers were injured in the shooting, with CNN reporting at least one was in critical condition. Multiple police units were stationed at Baton Rouge's Our Lady of the Lake Regional Medical Center, where the stricken officers were believed to be undergoing treatment at a trauma center. A police officer with a long gun was blocking the parking lot at the emergency room.

The officers were responding to a call about a "suspicious person walking down Airline Highway with an assault rifle," CNN reported . A witness told WBRZ that a man dressed in black with his face covered shot indiscriminately when he walked out between a convenience store and car wash at about 9 a.m. Sunday.

Baton Rouge Police Sgt. Don Coppola did not know the extent of the officers' injuries but said that authorities believe the "scene is contained." Authorities were using a specialized robot to search the area for explosives. McKneely Jr. said authorities do not have an immediate indication that explosives are present.

One suspect dead in Baton Rouge, others may be at large, sheriff's official says. https://t.co/YZ32bCBsdM https://t.co/cu8fTJRkQY

LSU Police armed with rifles several blocks away from the scene @WBRZ pic.twitter.com/VhkqfMOpOd

Within the last minute, at least a dozen marked and unmarked police units have flown by @WBRZ pic.twitter.com/18aZAyhTtj

Louisiana Gov. John Bel Edwards called the killings an "unspeakable and unjustified attack on all of us at a time when we need unity and healing." He went to the hospital to meet with the wounded officers.

#lagov on the shooting of law enforcement officers in Baton Rouge today: pic.twitter.com/BU3B4Iznbe

Sunday's shootings came as the city of Dallas, and many people around the country, continue to mourn the shooting deaths of five law enforcement officers there July 8. The suspect, Micah Johnson, told authorities before he died that he was upset about the police shootings of two black men -- Sterling, in Baton Rouge, and Philando Castile, near St. Paul, Minnesota -- and wanted to exterminate whites, "especially white officers," officials said. Johnson's ambush came at the end of a march organized by Black Lives Matter to protest Sterling's and Castile's deaths. Investigators say it appears Johnson acted alone and was not affiliated with any group.