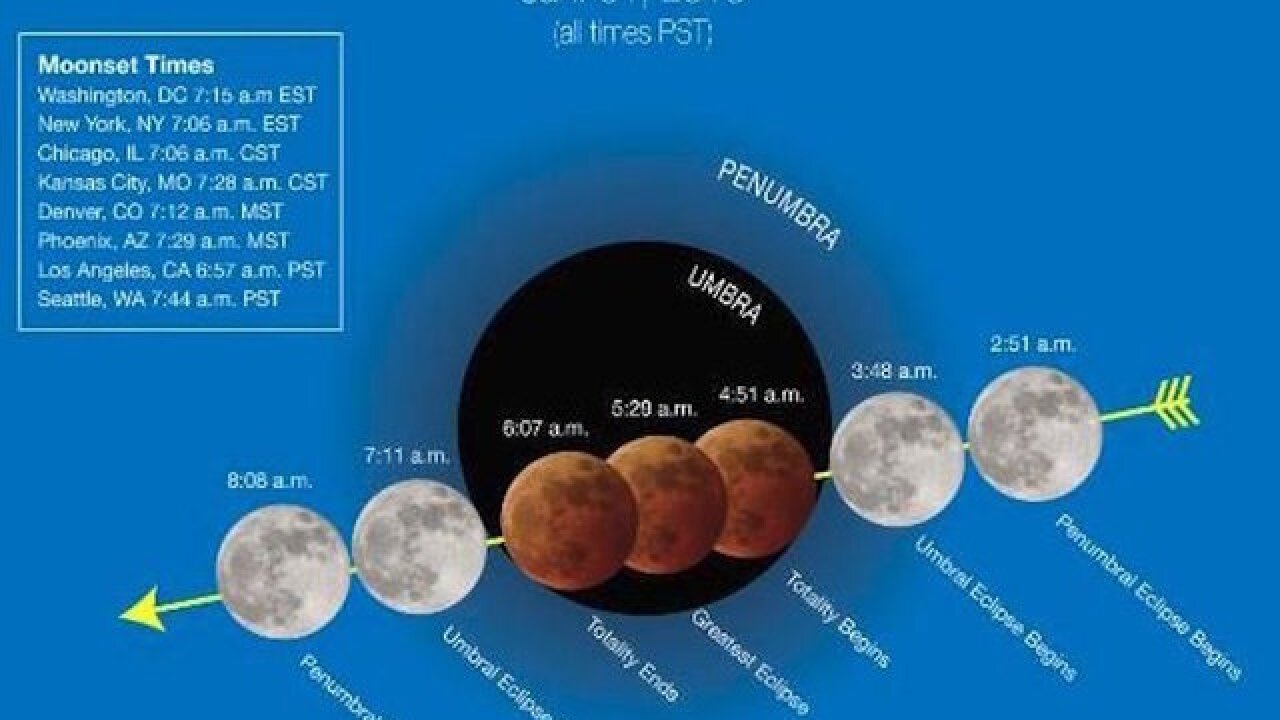 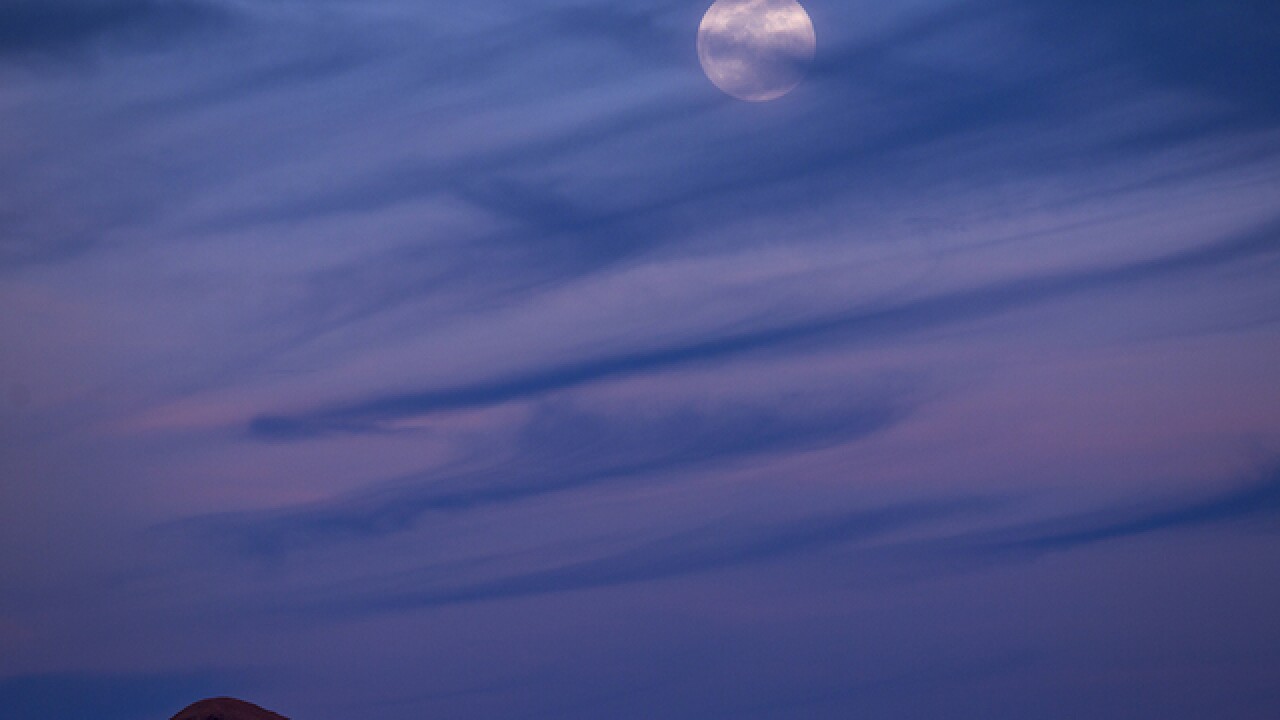 Sky gazers across the world were treated Wednesday to a rare celestial convergence dubbed a "super blue blood moon."

The cosmic event -- a combination of lunar eclipse, blood moon and super moon -- will be visible in the western hemisphere for the first time in 152 years.

Where can people see it?

People in Australia, Asia and parts of Russia were treated to the lunar triple whammy during moonrise on January 31, while the show kicked off in North America from 5:51 a.m. ET.

NASA predicted the best spots to watch the entire celestial show were California and western Canada.

The super blue blood moon will not be visible in western Europe or most of Africa and South America, but CNN will be updating this story all day with pictures and video from people who were able to witness the eclipse.

What is a 'Super blue blood moon?'

A "supermoon" occurs when a full moon falls at the same time as its perigee, which is the closest point of the moon's orbit with the Earth. This makes the moon larger and brighter by 14%, according to NASA. The first supermoon of 2018 took place on New Year's Day and was previously described by NASA as the "biggest and brightest" one expected for the entire year.

As the popular idiom suggests, blue moons are rare and refer to when there is a second full moon in one calendar month.

To complete the "lunar trifecta," the blood element is not a sign that the end is nigh, but occurs during a lunar eclipse when faint red sunbeams peek out around the edges of the Earth, giving it a reddish copper color.

Virtual Telescope will be streaming the event live for anyone unable to view the eclipse up close.

There are usually a couple of lunar eclipses each year so if you do miss it this time around, the next one will happen on July 27 -- though it won't be visible in North America. It'll be a long wait for skywatchers in the US as Johnston predicts the next visible lunar eclipse will be on January 21, 2019.