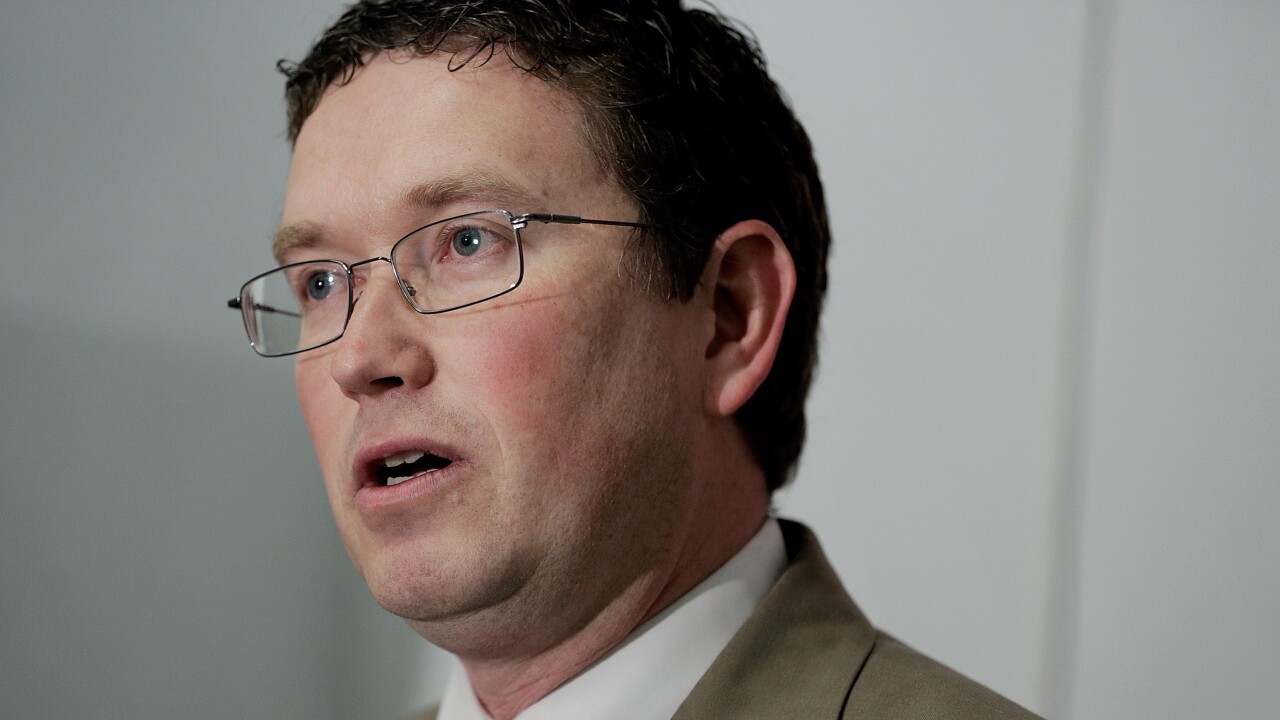 WASHINGTON — Only seven members of the House voted Friday against a bill that would guarantee federal workers automatic back pay after the ongoing government shutdown and any future repeats.

Kentucky Republican Rep. Thomas Massie was one of them, but not because he wants to punish federal workers, he argued on Twitter.

Instead, he said he took issue with the bill’s promise that back pay would be a guarantee forever.

“This bill makes it MORE likely that we will have MORE shutdowns,” he wrote, retweeting fellow no-vote Rep. Justin Amash’s assertion that passing the bill — which the House did — would disincentivize the government from avoiding future shutdowns or ending them quickly.

This is not a bill to okay federal worker back pay for just *this* shutdown; it changes permanent law so that in any future shutdown, workers will be paid but told not to come to work. This is bad policy. It makes shutdowns more likely to happen and more likely to last longer. https://t.co/kFc3XTJdEV

“If we had won this vote, there would have immediately been another vote on a more responsible bill that guarantees back pay for federal workers in the current shutdown,” he wrote in another tweet.

Massie, a six-year representative who won reelection in 2018, has never shied away from a controversial stance.

He frequently criticizes both Democrats and Republicans for what he perceives as excessive spending and once stunned a CNN anchor into silence with assertions that a “deep state” of rogue government intelligence workers was sabotaging the United States into military conflict with Russia. In 2017, he called his party’s proposed replacement for the Affordable Care Act “a stinking pile of garbage.” (His vote on the doomed legislation was not a no but a “hell no.”)

Despite his resistance, Friday evening’s back pay bill passed with an overwhelming majority of 411-7.

It will proceed to the desk of President Donald Trump, whose demand for a southern border wall engendered the now-record-tying shutdown.