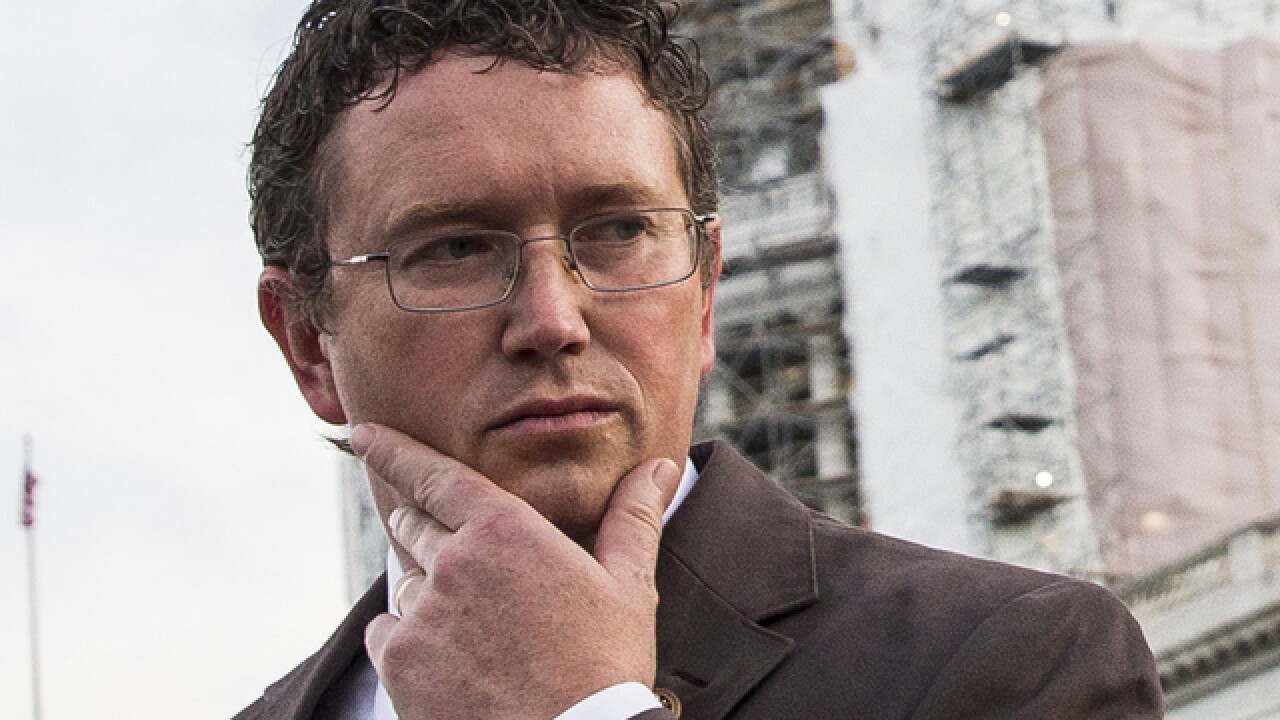 Copyright 2017 Scripps Media, Inc. All rights reserved. This material may not be published, broadcast, rewritten, or redistributed.
Drew Angerer
<p>WASHINGTON, DC - MAY 31: (L - R) Rep. Thomas Massie (R-KY) listens as Sen. Rand Paul (R-KY) speaks to reporters after exiting the Senate chamber, on Capitol Hill, May 31, 2015 in Washington, DC. The National Security Agency's authority to collect bulk telephone data is set to expire June 1, unless the Senate can come to an agreement to extend the surveillance programs. (Photo by Drew Angerer/Getty Images)</p>

The American Health Care Act, congressional Republicans' long-touted plan to replace President Obama's Affordable Care Act, is facing serious challenges in the hours leading up to a House vote. Politico reported Wednesday that a group of House conservatives planned to reject the legislation, and Kentucky Rep. Thomas Massie made it clear on Twitter that he was one of them.

Sorry if I let you down. I'm changing my vote on #AHCA pic.twitter.com/JLUotqaO9L

And in case you were still wondering how he feels about the upcoming vote, he told the Washington Examiner on March 7 that the American Health Care Act was a "stinking pile of garbage."

The Examiner reported that Massie's objections to the bill lay in the belief that it was too similar to the Affordable Care Act and had, in fact, been written by the same people.

Politico reported that another Tri-State politician, former House Speaker John Boehner, had projected that Republicans wouldn't be able to "repeal and replace" the Affordable Care Act as they promised, and Massie concurred.

"The other day when he said it's not going to get repealed, I thought for once he's committing candor and I agree with him," Massie told the Examiner.

Massie and his colleagues will vote on the American Health Care Act Thursday.