Cubs' Schwarber out for season with knee injury 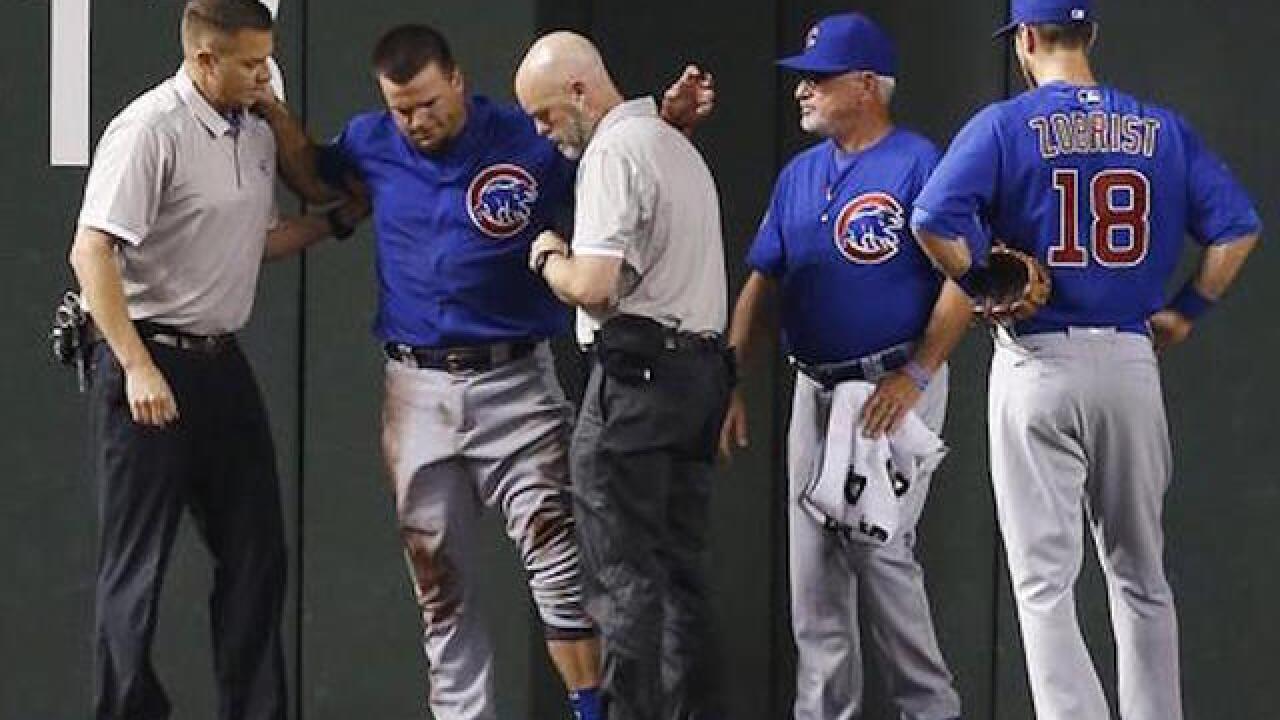 PHOENIX (AP) — The Chicago Cubs say slugger Kyle Schwarber is out for the season after tearing two knee ligaments in an outfield collision.

The Cubs made the startling announcement Friday, a day after he was injured in a game at Arizona. An MRI on Friday revealed the injuries to his left knee.

The 23-year-old Schwarber made his major league debut last year. He then hit a franchise-record five home runs in nine postseason games.

Schwarber was expected to produce plenty of power for a Cubs team that many are picking to win their first World Series championship in more than a decade. The Cubs were 3-0 this season going into Friday night's game against the Diamondbacks.

Schwarber was playing left field when he was hurt. He collided with center fielder Dexter Fowler and tumbled on a ball that became an inside-the-park home run for Jean Segura.

Schwarber, the fourth overall pick in the 2014 draft and Chicago's backup catcher, stayed on the ground for several minutes before being helped to his feet and driven off the field in a cart.