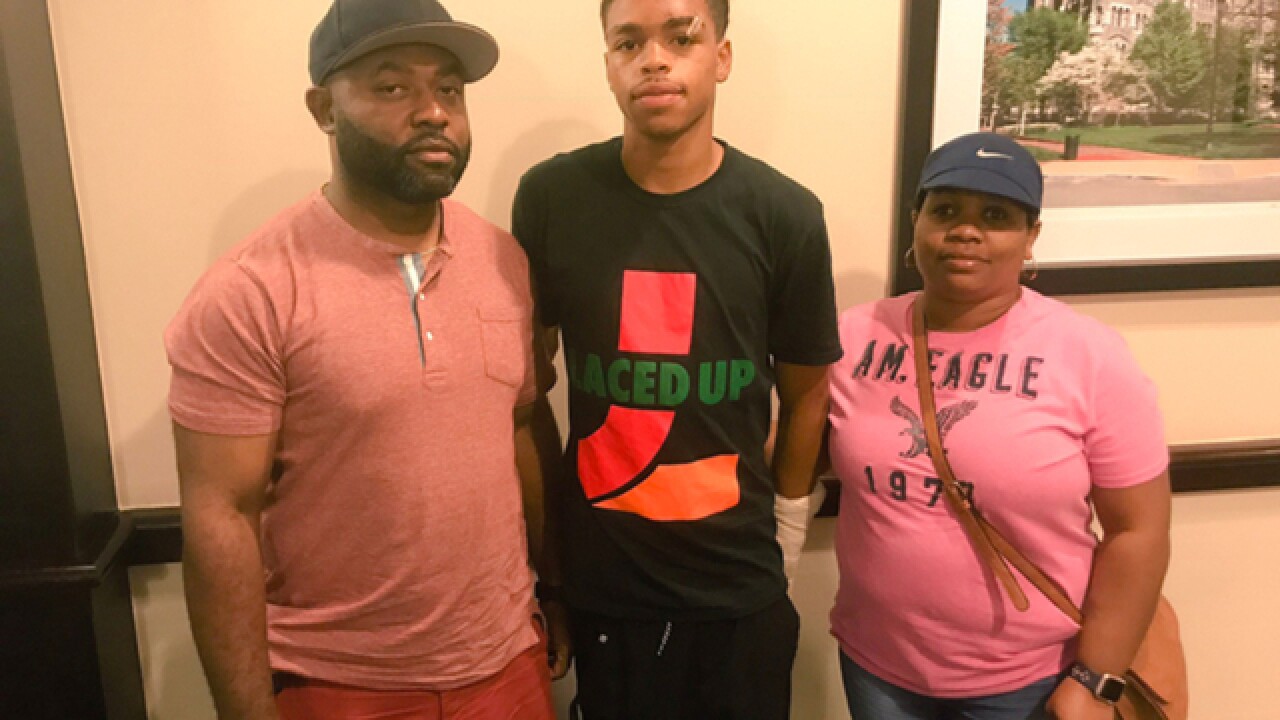 CHARLOTTESVILLE, Va. -- A black man who was severely beaten the day of a violent white nationalist rally in Charlottesville, Virginia, and then charged with misdemeanor assault in the same incident was found not guilty Friday.

A Charlottesville judge acquitted 20-year-old DeAndre Harris, saying it was clear Harris didn't intend to harm the leader of a Southern nationalist group who made a complaint against him.

Photos and videos of the Aug. 12 attack on Harris by a group of men in a parking garage were widely shared online. Harris was left with serious injuries.

"I don't see that Mr. Harris did anything wrong that day," Judge Robert Downer said, according to The Daily Progress. "It's all on tape for me to see."

Harold Crews, North Carolina chairman of the League of the South -- which advocates for Southern states to again secede from the union -- sought the charge against Harris. Harris turned himself in after a warrant was issued in October.

Harris took the stand Friday and testified that he thought Crews was attacking a friend of his with a flag pole and went over to defend him. Then he said someone sprayed him with mace and "everything was a blur after that," the newspaper reported.

Joseph Platania, the Charlottesville commonwealth's attorney, said in a statement Friday that his office "appreciates the Court's careful review and consideration of the evidence in this case and respects the decision made by Judge Downer."

Four men have been charged in connection with the attack on Harris: Alex Michael Ramos of Georgia, Daniel Borden of Ohio, Jacob Scott Goodwin of Arkansas and Tyler Watkins Davis of Florida.

The white nationalist rally was planned in part to protest the city's decision to remove a statue of Confederate Gen. Robert E. Lee. It drew hundreds of people, and hundreds more came to protest them. Violence erupted before the event could get underway. Clashes unfolded until authorities forced the group to disband.

It was afterward that the attack on Harris took place and a Northern Kentucky native drove into a crowd of counterprotesters, killing one woman and injuring dozens more.