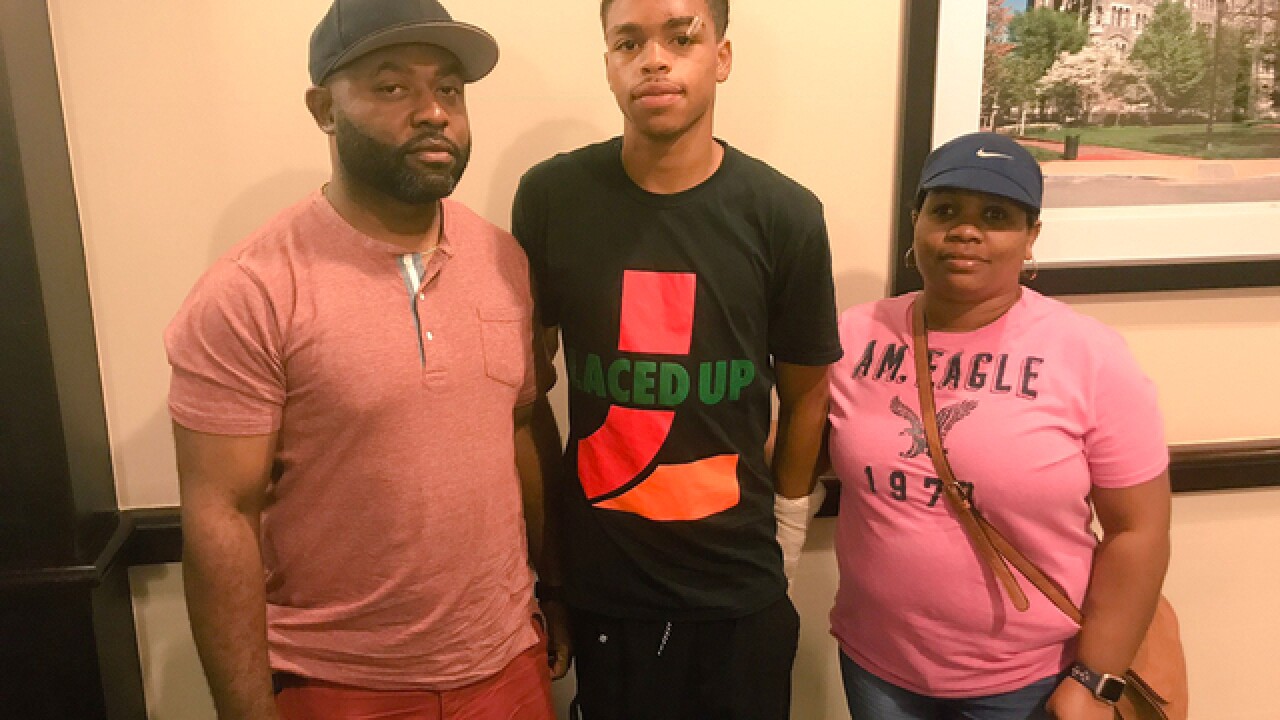 CHARLOTTESVILLE, Va. -- Deandre Harris, a black man whose brutal beating at the hands of Charlottesville white supremacists was captured on video, is now wanted on charges of unlawful wounding in connection to the Aug. 12 incident.

A magistrate, not the police department, issued the warrant, although a news release said police officers had verified other video that led to the arrest. Harris is accused of attacking a man in the group that beat him.

Harris' attorney, Lee Merritt, who called the charge a "clearly retaliatory" effort from white supremacists after Harris used social media to identify suspects in the beating, said his client would turn himself in within 24 hours.

Journalist Chuck Modi posted video of the attack, which took place in a parking garage near the University of Virginia campus, on Twitter. In the clip, white supremacist marchers -- some in white polos, some in riot gear -- beat Harris with signs and poles while he struggles to stand.

Harris told WRAL in Raleigh, North Carolina that doctors used eight staples to seal his head together after the attack. He said the attackers also broke his wrist, chipped his tooth and split open his lip.

Borden fought extradition but was returned to Virginia and denied bond Sept. 21.

The circumstances behind the issuance of a warrant for Harris’ arrest were not initially made public, but Charlottesville police promised an explanation following the arrest.

White supremacists on Twitter appeared to celebrate the warrant Monday evening; one white nationalist appeared to validate Merritt's claim there had been a group effort within the community to collect evidence that would get Harris arrested.