Most local reps said they were not in favor of impeachment 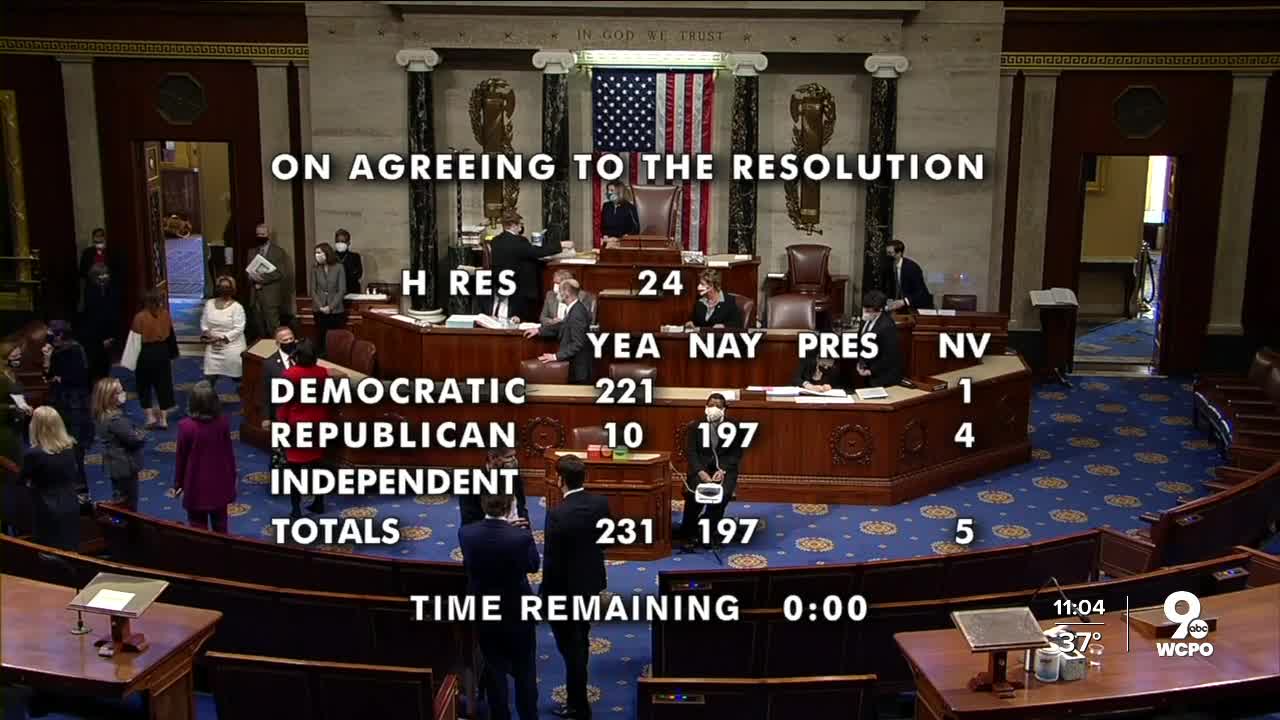 Many area Congressmen voted against impeaching President Donald Trump. On Wednesday, the House moved to impeach him a second time. 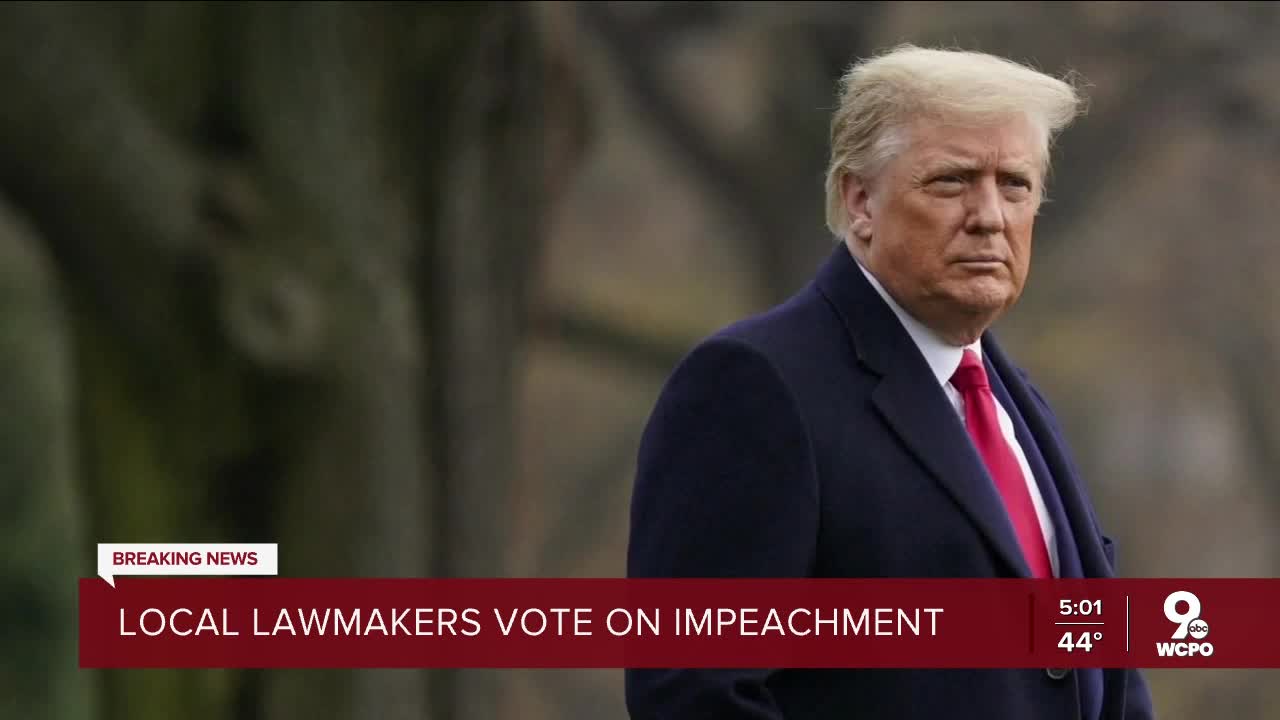 The House of Representatives voted on Wednesday to impeach President Donald Trump for the second time, marking the fourth impeachment of a US president in history. Trump also became the first president to be impeached by the House twice.

The specific charge leveled against President Trump is incitement of insurrection, and while impeachment had substantial support in the House, several local Congressional leaders said they couldn't support it.

"I am not going to be voting for impeachment," said Thomas Massie, Kentucky Congressman (R). "Some people say that it was incitement. I think it was irresponsible, but I don't think he bears the burden for what happened."

He said he also thinks any continuing efforts to impeach and silence the outgoing President could actually do the opposite, fueling his support base.

"I think it actually may increase his standing among his base if they attack him one last time on the way out," said Massie. "Why try and make him a martyr?"

Ohio Representative Warren Davidson (R), who represents Ohio's eighth Congressional district, held a similar view, but said he would not support impeachment because he believes it's a politically motivated move. He believes the focus should be on the violence that happened, not impeachment, he said.

"The reality is right now the country is united, there's nobody that supports the violent attack on our nation's capitol," said Davidson. "We should keep the focus there. That's a point of unity."

Cincinnati-area Congressman Steve Chabot, also a Republican, said as America arrives "at a crossroads" with Wednesday's impeachment vote, it is more important to "put aside our differences and find common ground."

"Today, a dangerous precedent is being set that could lead to the normalization of snap impeachments without any hearings or any meaningful discussion or debate," he said on the House floor.

Congressman Greg Pence, a Republican of Indiana who is also the older brother of Vice President Mike Pence, cast a vote against Trump's impeachment Wednesday.

"The President has made it clear he will support a peaceful transfer of power on January 20th to President-elect Joe Biden. It is time to move on, heal, and put our focus into where it truly helps the American people: recovering from the COVID-19 pandemic and restoring our economy,” Pence wrote in a statement released after the vote.

"We've seen a group of mostly men in the Congress, Republicans who have been spineless in standing up to this president's lies, on pushing back this president," said Brown.

Following the vote, Ohio's Republican Senator Rob Portman in a statement called the the attack on the US Capitol "an attack on democracy itself," adding that the president "bears some responsibility for what occurred."

"It was important that the President clearly stated today that violence of any kind is unacceptable," Portman said.

While he also focused on unity over division in his remarks, Portman said he would "listen to the cases presented by both sides" should an impeachment trial reach the Senate.

"President-Elect Biden has rightly said he wants to set a new tone of greater unity as his administration begins. All of us should be concerned about the polarization in our country and work toward bringing people together," he said. "If the Senate conducts an impeachment trial, among my considerations will be what is best to help heal our country rather than deepen our divisions.”

On Wednesday, the Democrats had the numbers. Now the Articles of Impeachment will head to the Senate, likely after President-Elect Joe Biden's inauguration. Senate Majority Leader Mitch McConnell refused on Wednesday to reconvene the Senate early and said the Senate process on the impeachment "will now begin at our first regular meeting following receipt of the article from the House."