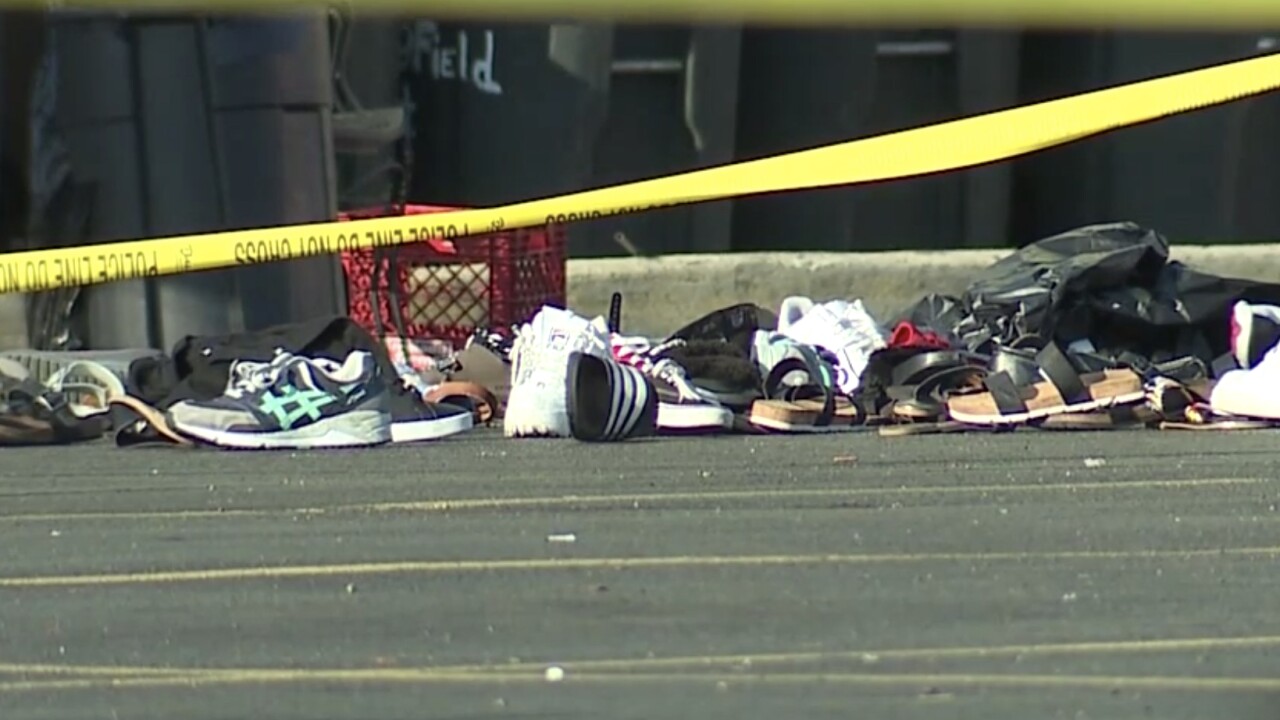 Shoes outside of Ned Peppers in Dayton, Ohio.

DAYTON, Ohio — The identity of the suspect in the Oregon District shooting has been released.

The shooting suspect has been identified as Connor Betts, 24, of Bellbrook, government sources confirmed.

Chris Baker, who just resigned this summer after 14 years as Bellbrook High School principal, was asked by the Journal-News about Betts’ time as a Bellbrook student.

Asked about reports that, while a Bellbrook student, Betts was suspended for causing a lockdown by writing a “hit-list” on a bathroom wall, Baker said, “I would not dispute that information, but I don’t want to get involved any more than just making that comment.”

Elizabeth Betz, a longtime Bellbrook school board member, said she had only passing memory of Betts, from an elementary school event, and from graduation, simply because their last names are pronounced the same. She said she was unaware of any incidents with Betts while he was in Bellbrook schools.

A Bellbrook man who said he knew Betts for nearly two decades said that he knew him as a nice and quiet person.

RELATED: In a 'very short timeline of violence,' shooter killed 9 and injured at least 27 in Dayton, Ohio

RELATED: What we know about the mass shooting in Dayton

The pair rode the bus together and mainly talked about music and pop culture.

The man said that he hadn’t seen Betts since graduation, but that he spoke to him about 10 months ago.

He said it was a casual conversation and wasn’t aware of any possible personal issues going on in Betts’ life.

While he didn’t know if Betts had any mental health issues, the man said he thought the shooting reinforced the need to talk openly about mental health.

Several Bellbrook police cruisers were at an address on Creekview Place as part of an investigation into the shooting.

Multiple investigators have been at the home in the 2200 block of Creekview since around 6 a.m. this morning.

The home belongs to Stephen R. Betts, according to online property records.

Doherty said the house and several vehicles on the property have been searched as part of the investigation.

Betts didn’t have a violent criminal background, according to a background check purchased by the Dayton Daily News and News Center 7.

The background check turned up no concealed weapons permits.

Betts was formerly enrolled at Sinclair Community College, according to a college spokesperson. He started in summer of 2017 but was not enrolled this summer. He studied psychology.

Around 10:40 a.m., Betts’ Facebook profile was no longer accessible.