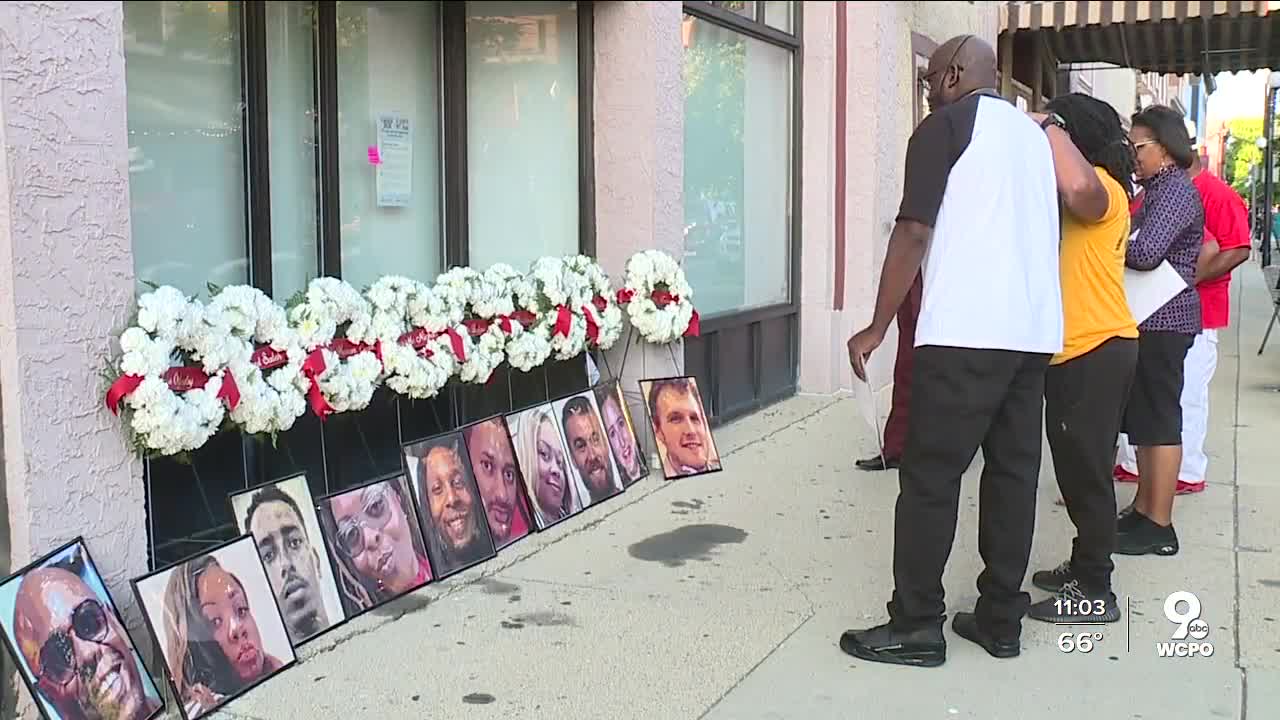 A small crowd gathered outside Ned Pepper’s Bar in the Oregon district Tuesday night to remember the one-year anniversary of Dayton's mass shooting.

Just after 8 p.m., sidewalks in the area filled with mourners for nine minutes of silence – as a tribute to the nine lives lost that day one year ago.

“What happened down there is a tragedy, yes,” said Jeremy Ganger, who was the security guard on duty at Ned Pepper’s that night. “We can’t let those nine lives be forgotten.”

Granger stopped the gunman from entering the bar -- and potentially taking more lives.

“Our whole community needs to understand that we can’t let him beat us,” he said.

The front of Ned Pepper’s is now covered with Post-it Note messages of thanks.

Anthony Jackson returned to the Oregon District for the first time since the shooting. “(I) told my wife that I wanted to come down,” Jackson said. “Face everything. My heart was pumping. My adrenaline that night. Just had to get down here.”

He was inside the bar when the shooting started.

Tuesday’s memorial gathering gave him a chance to thank the guy who saved his life. Jackson and Ganger met for the first time and embraced.

“We can’t let the situation define us,” Jackson said. “We can’t let him beat us. Just keep coming back down to support. I feel like, over a period of time, it’ll get better.”

During the moment of silence, emotions spoke loudly as people cried and prayed.

“I understand we need to move past this,” Ganger said. “Move on. Rebuild our community. The nine people we lost, we can never, ever forget.”