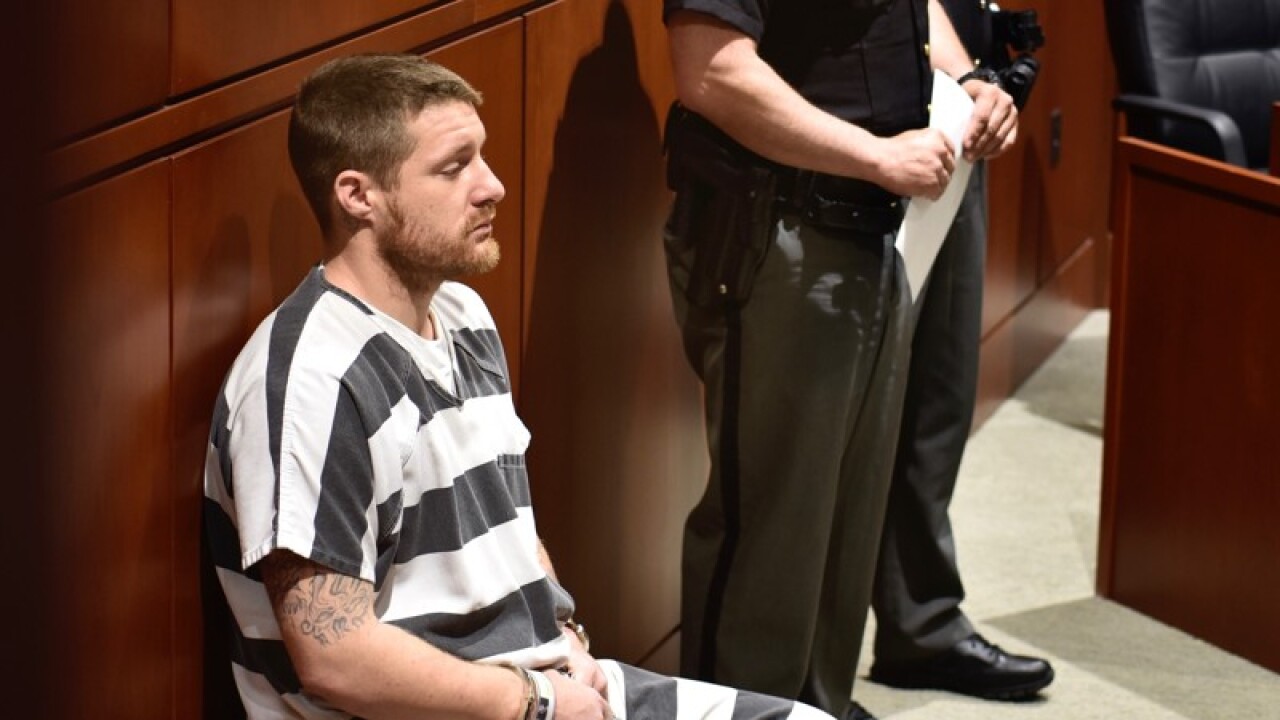 A Clearcreek Twp. man was sentenced to up to 24.5 years in prison on Friday after submitting a new plea in the death of his infant son last year, the Journal-News reports.

Cody Colwell, 27, was indicted last spring by a Warren County grand jury on two counts of murder, felonious assault and two counts of endangering children following an investigation of the death of Cayden Colwell, who was found unresponsive in a Clearcreek Twp. home in April 2019.

On Friday, Colwell pleaded to a bill of information to the charges of voluntary manslaughter and endangering children, different from the charges returned by the grand jury. He was sentenced to 19 to 24 ½ years in prison, the maximum allowed.

The mother of Cayden Colwell spoke before Cody Colwell’s sentencing.

It “gives me some peace that Cayden is no longer suffering in this cold, dark world," she said.

Cody Colwell declined to say anything before his sentencing.

Cody Colwell’s 3-year-old stepson also was examined after the incident and was found to have multiple bruises on his body, including on the shoulder, cheek, neck and abdomen, according to Warren County Prosecutor David Fornshell.

The Journal-News is a media partner of 9 On Your Side.