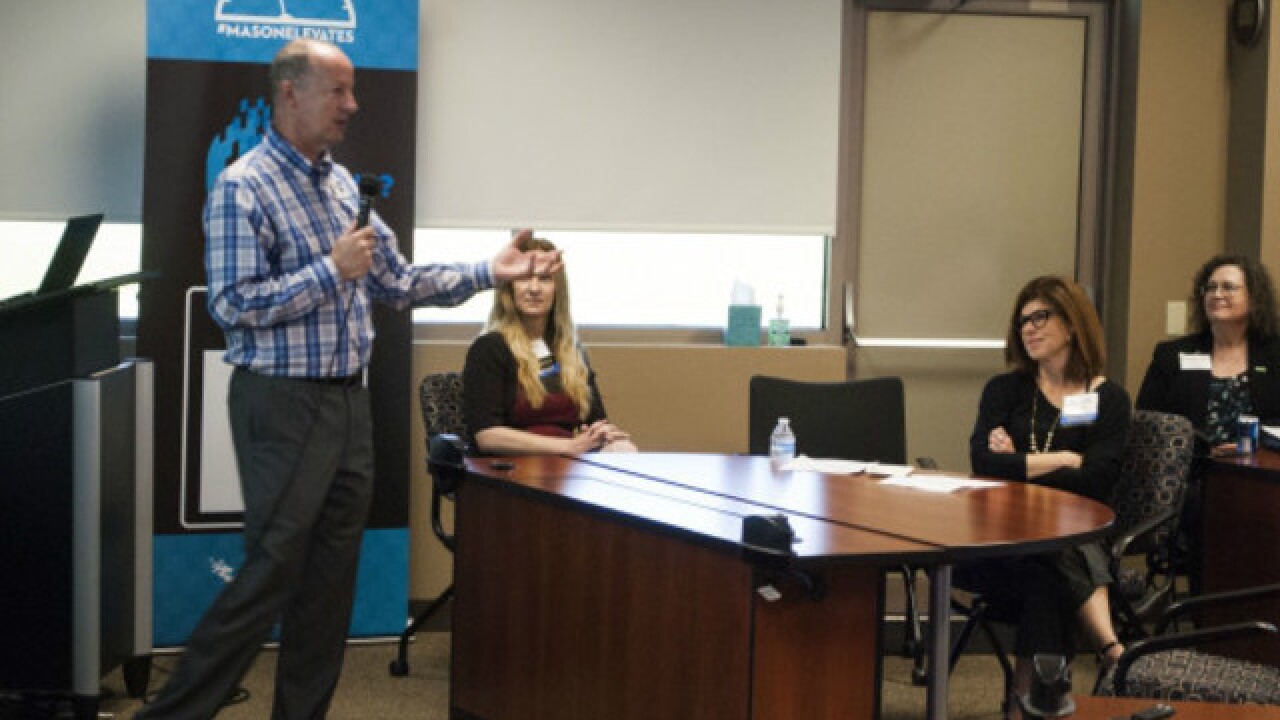 MASON — It doesn’t have to be football season for Cleveland’s loss to be Cincinnati’s gain.

As growth in the biosciences sector in northeast Ohio has stagnated, Greater Cincinnati has become the state’s industry leader, according to BioOhio, the state’s bioscience industry membership organization.

BioOhio President and CEO John Lewis presented the study's findings Tuesday at a networking event hosted by the city of Mason at the Mason Tech Elevator. Biosciences has been one of the state’s most consistent and resilient industries, Lewis said.

“It’s really a continuing trend,” Lewis said. “Over the last 15 years, the industry has continued to grow throughout Ohio.

“We are a global player.”

Bioscience industry wages in southwest Ohio increased by 20.9 percent between 2009 and 2014, the strongest increase in the state. Industry workers earned an average of $72,362 per year in southwest Ohio, according to the report.

Mason was an apt location to host the event. After all, the bulk of the announced investment will come from Procter & Gamble’s $300 million plans to locate to its beauty care research and development arm to a new, 243-acre campus, a move that will bring up to 1,350 jobs and $160 million in payroll to Mason.

According to data provided by Mason Economic Development Director Michele Blair, the biosciences industry has accounted for about 60 percent of projects, 80 percent of job creation and 80 percent of investment in the city over the last 18 months.

Blair and other city leaders have made the biosciences industry a focus of Mason’s economic development efforts. Their labor has proven fruitful, with about 2,100 new jobs announced in 2015.

“You need certain talent pools, and the more you grow a critical mass of particular types of talent, the more attractive and advantageous you are to a bio-health company, because they want to move into an ecosystem,” Blair said. “Talent matters. Labs matter. Access to science research and development, faculty at universities — it’s a building of infrastructure.”

Though Lewis held up Mason as a model for development within the industry, he attributed Greater Cincinnati’s ability to attract new investment to its ability to speak the language of the business.

“The story is the same, whether you’re in Butler County, Blue Ash or Downtown,” Lewis said. “A company’s not going to look at just what’s happening in Mason; they’re going to look at what’s going on in the region.”

Blue Ash-based Aprecia made global headlines last year when it announced the first 3D-printed drug approved by the federal Food and Drug Administration. Lewis expects more of that type of innovation in 2016, but predicted that health care information technology will likely be the theme of this year. Start-up accelerators like Cintrifuse will play a key role, he added.

“I think people are very intentional about getting together and problem solving together, and passing good opportunities back and forth,” Geiger said.