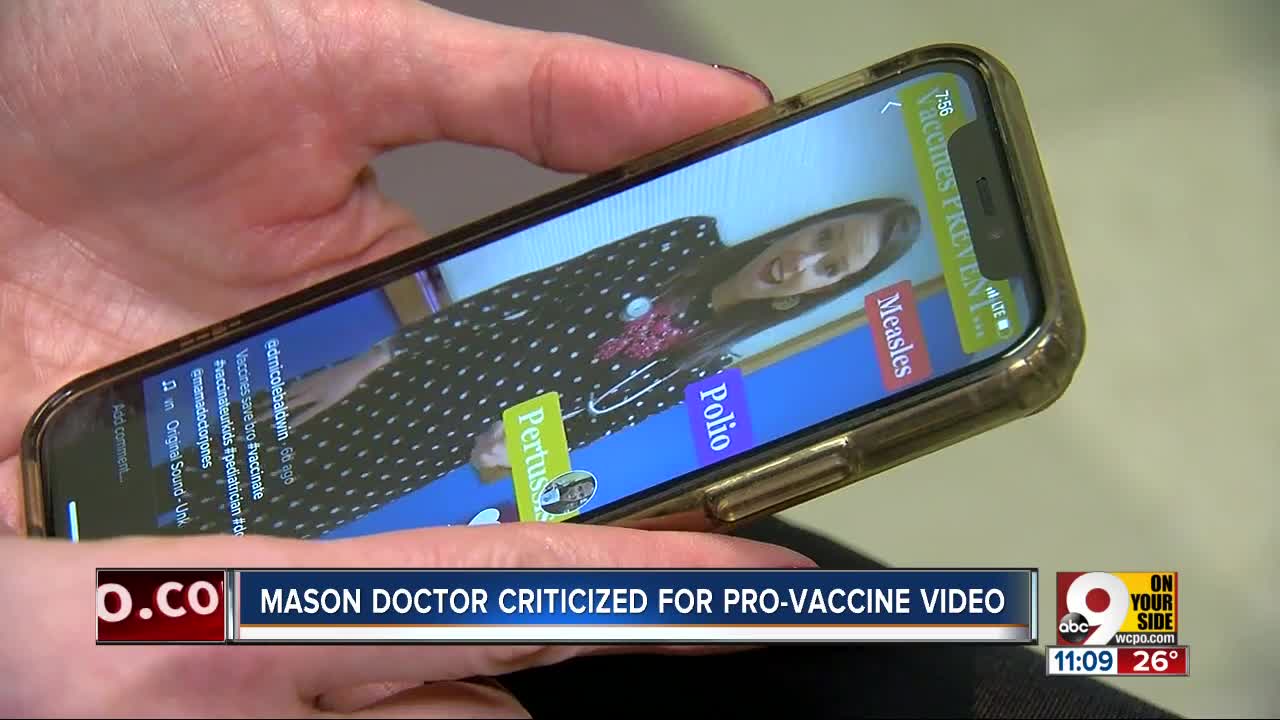 Deerfield Township Police are investigating a threatening call made to Dr. Nicole Baldwin's practice after she posted a pro-vaccination video to the social media site, Tik Tok.

After watching the online debate about vaccinations for years, Baldwin said she wanted to get involved.

“I think it’s important for families to see health care professionals sharing evidence-based medicine, not scare tactics, not the rhetoric that has been out there for so long.” Baldwin said.

She posted a video of herself dancing to "Cupid Shuffle" and pointing to names of diseases cured by vaccinations as they pop up on the screen.

Tried my hand at #Tiktok - this one struck a nerve. #VaccinateYourKids #VaccinesWork #somedocs pic.twitter.com/SoFfKsf4Ug

"I know some other physicians who have been on TikTok spreading different messages about health, so I thought, 'Okay, I'll try it out and see,'" Baldwin said.

Her post ends with the message "vaccinations don't cause autism." Baldwin shared the message on Twitter the next day and it quickly went viral.

“The first couple of days it was actually very positive, a lot of positive comments, a lot of people sharing, a lot of people very excited about it, but then a community of people who don’t believe that vaccines are good for children kind of started attacking me, and that’s when it got a little bit crazy,” Baldwin said.

The source of contention, according to Baldwin, is a large online community of people who think vaccines are harmful. Many of them believe the scientifically debunked theory that vaccines cause autism, although the Centers for Disease Control and Prevention said there is no link.

"We actually had to call the police last night because we had someone threatening to come to the practice and shut down the practice," Baldwin said.

Despite the controversy and the hassle, Baldwin said she would record and post the video again.

"I would 100% do it the same way," Baldwin said. "They are not shutting me down. I think this is what bullies try to do. They try to silence people and they have absolutely not silenced me. They have given me more resolve to post more evidence-based medicine about vaccines."

Since the video was posted, Baldwin has seen her Google and Yelp scores drop.

No charges have been filed in connection with the alleged threats.