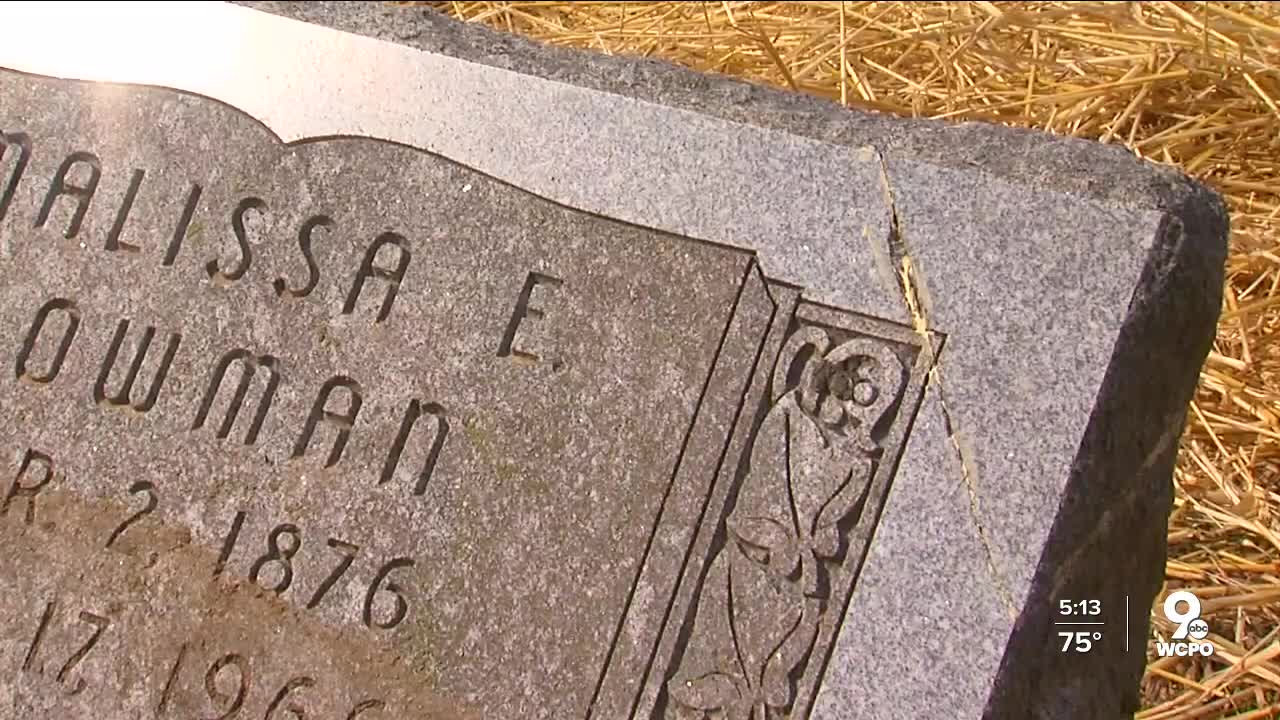 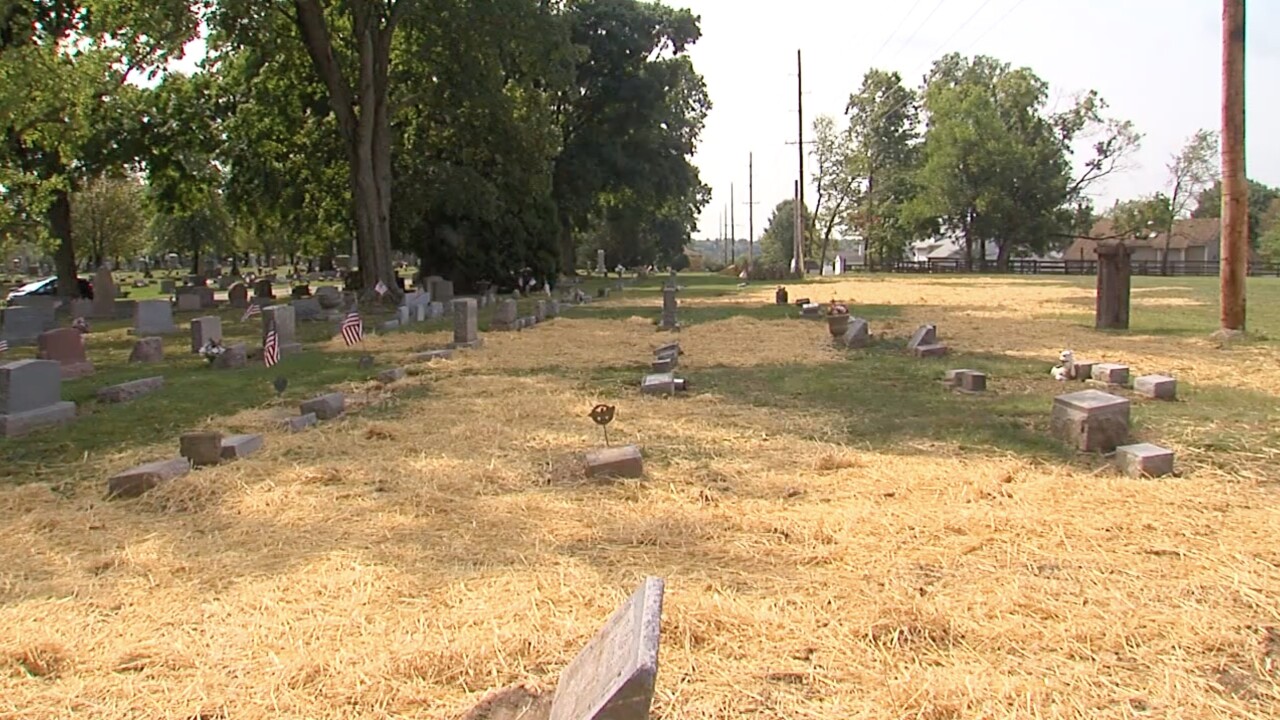 “Look at this! I’m so pissed!” Amber Nottingham said in the Facebook video, which has been viewed more than 10,000 times.

Her video shows the condition she found Lebanon Cemetery in when she came to visit her father’s grave Sept. 14.

In the video, it's apparent that at least one tombstone is broken, a flower pot has been broken and debris covers the tops of multiple graves.

It prompted family members like Cindy Russell Loesch to come check on loved ones' graves.

"It took me back. I was taken back by it,” said Russell Loesch.

The city of Lebanon owns the cemetery; it’s been around since 1850. Lebanon city manager Scott Brunka said the mess happened on Friday, when workers came to grind tree stumps in the area near the graves. He said the mess is a result of that, but no digging was involved.

Brunka said now that the land is leveled off, crews have placed straw and grass seed down. They plan to plant trees there by the end of the fall.

“I met with the crew out there yesterday morning,” said Brunka. “From my perspective, how that sight was left is unacceptable, and we apologize to the public for leaving it in that state. I think the work had to be done to get the final restoration phase, but I understand the public concern. So, I spoke to crews about it being unacceptable to leave it in that state for a period of a couple days.”

According to Brunka, the work done by the crews was intended to be part of a restoration project laid out by the city of Lebanon.

Nottingham says the city has apologized to her, but she still has misgivings about the experience.

“It should have never been left like that,” said Nottingham. “It’s disturbing to come to visit your family and it look like that.”

Russel Loesch agreed and said she was bothered by how long the cemetery was left in its damaged state before things were addressed.

“The sight can really mean something deeply personal to the individual, and the law reflects that,” said Steve Goodin, an attorney who has represented numerous municipalities in cases involving cemeteries. “In most cases, the family paid a lot of money to get the grave site. And there is some guarantee in that purchase that they will be maintained. It’s one of these things where the surviving relatives really have to look at themselves as consumers and make sure everybody is living up to the other part of the bargain.”