Sign placed where Confederate monument was removed in Franklin 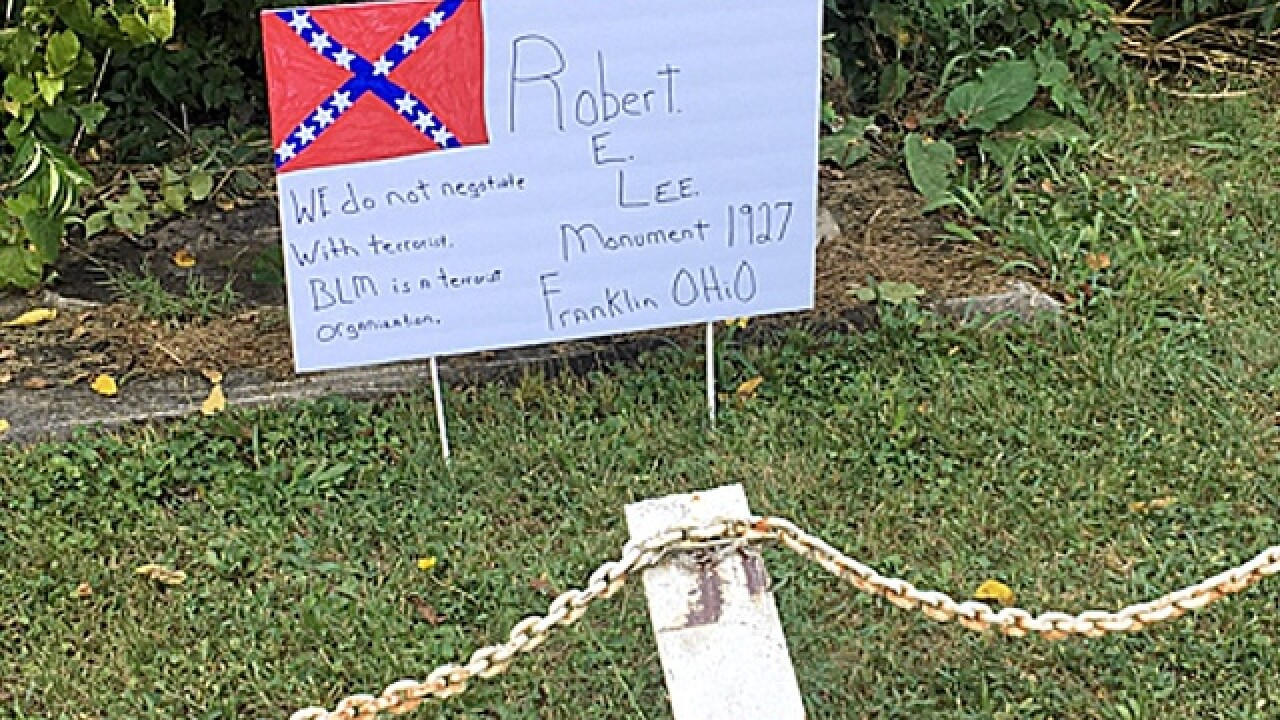 Copyright 2017 Scripps Media, Inc. All rights reserved. This material may not be published, broadcast, rewritten, or redistributed.
<p>Photo by Jay Warren | WCPO </p>

FRANKLIN, Ohio -- Someone stuck a sign in the ground where a Confederate plaque once stood in Franklin.

The sign, which was placed where a Confederate monument was removed this morning, reads: "We do not negotiate with with terrorist (sic). BLM is a terrorist organization." The sign was there at about 10:45 a.m., The Journal-News reported.

City of Franklin officials said Wednesday that the monument is in a public right of way for Dixie Highway, and therefore is a hazard that must be removed. Earlier that day, Franklin Township officials had said they would not remove the Confederate monument after violent clashes in Charlottesville, Virginia. However, they later learned that the monument is actually in Franklin, the city, so it would not be theirs to remove.

Franklin city officials also said they had been unaware of the monument until Wednesday.

City officials around the country have worked to remove several Confederate monuments after a counter protester, 32-year-old Heather Heyer, was killed Saturday after white supremacists marched to protest the removal of a Robert E. Lee statue.

President Trump condemned the removal of Confederate monuments on Twitter Thursday, saying their removal is taking the "beauty" out of cities across the country.

WCPO's media partner, The Journal-News, contributed to this report.