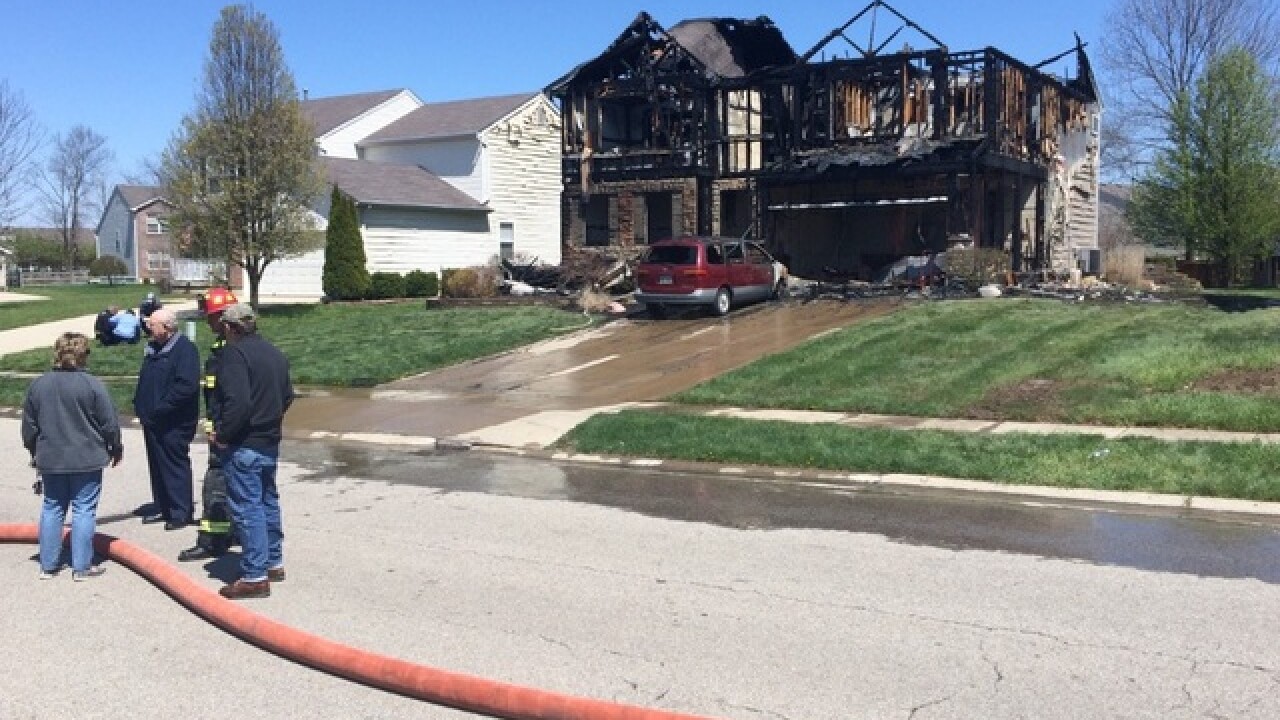 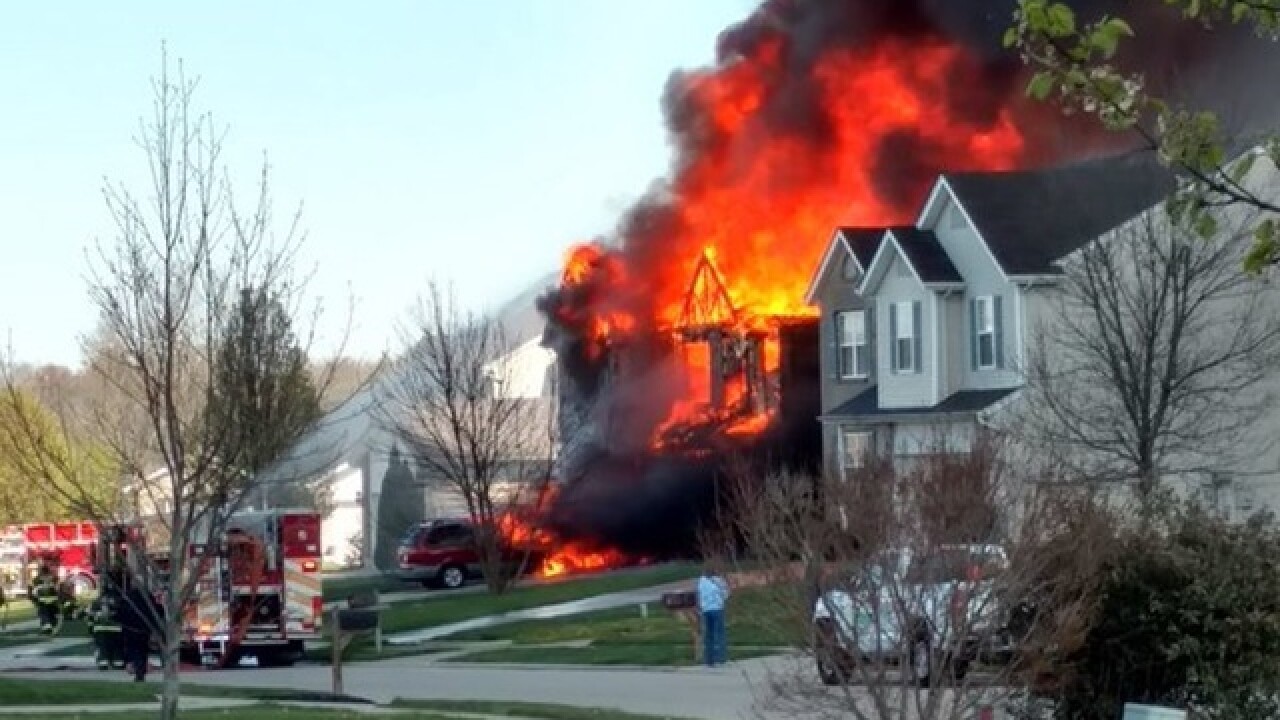 LEBANON, Ohio -- A house fire in Lebanon Tuesday began when a stack of textbooks went up in flames.

Fire officials said a man at the house was using a smoker on Tuesday afternoon. He left them in the garage of the house on Greengate Drive while he went to the store.

In the garage, a stack of nearby wood chips and textbooks caught on fire. The fire was picked up by the wind and caused severe damage to the house.

Wood chips from a smoker + wind cause #Lebanon house to erupt in flames @WCPO pic.twitter.com/oA6QwnqK5H

A teenage boy was home when the fire started; fire officials said he and the family dog escaped the house unharmed.

The home is a rental home, officials said.

Houses to the left and right of the one that caught on fire were also damaged -- one had melted siding and the other also caught on fire.