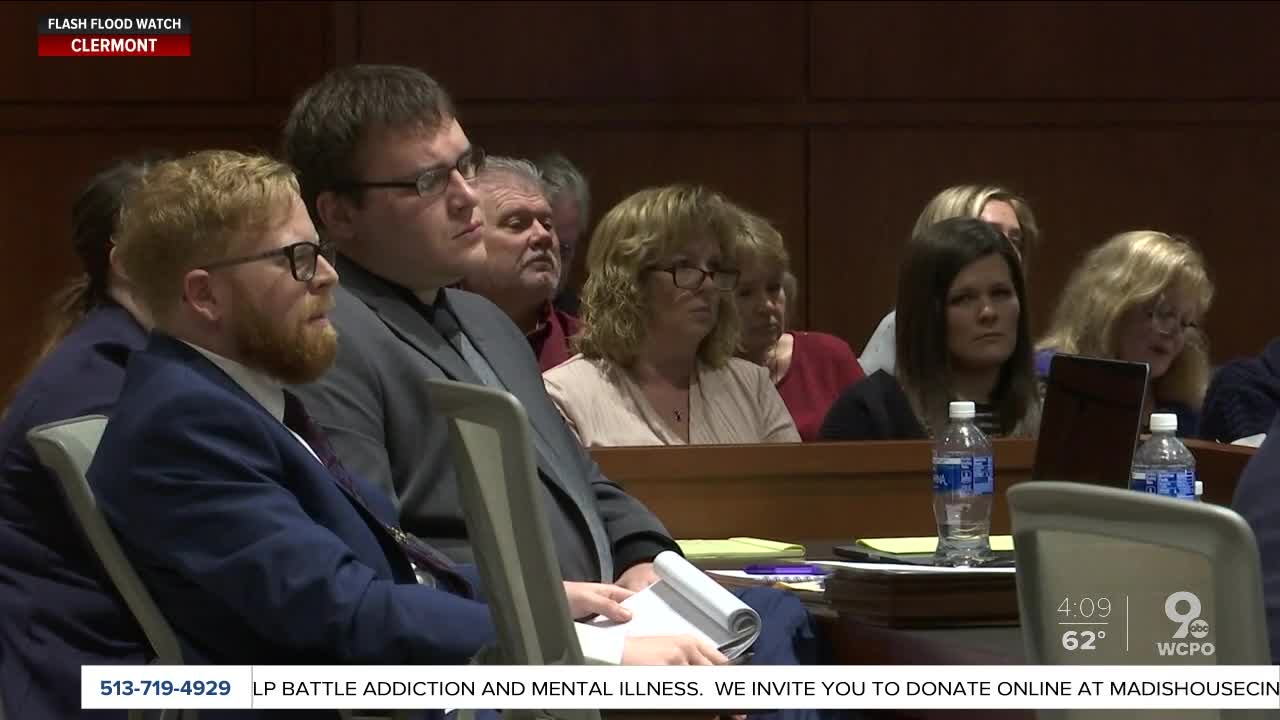 Jurors heard directly from the man accused of sexually abusing first grade girls in his Springboro gym class at his trial Thursday.

“[Hopkins] acknowledges some type of sexual behavior occurred," Peterson's written report said. "His results suggest he has numerous sexual 'thinking errors' which he uses to help him explain the sexual behavior that occurred.”

Peterson's report also said Hopkins's mental behavior does not allow him to accept responsibility for his actions, which could hinder any treatment which might be suggested.

Once both sides present closing arguments Friday, the jurors will begin deliberations.

The trial of a former Springboro Schools gym teacher continued for a fourth day Thursday.

John Austin Hopkins is charged with 36 counts of gross sexual imposition. Prosecutors accuse him of sexually abusing 28 of his students when he was a gym teacher at Clearcreek Elementary school.

Detective Terry Dunkel interrogated Hopkins after the school put him on administrative leave in 2019.

A psychologist who specializes in sex offenders, Dr. Purcell Taylor, provided one reason he believes people offend: “They lack the ability to relate to appropriate-age females, and they project that on to children because through relationships with children, they can find that acceptance and that ability to be able to fulfill this need that they have."

Jurors were taking notes when Hopkins said in the interrogation video, ”I’ve been hurt emotionally from girls before, and it’s just not been working out. Yeah, okay, I haven’t been trying to get anybody in a couple of years, but that’s not, this is just, I, I want to have my own children.”

Hopkins continued by saying, “I promise you I’m not doing it for any reason.”

The defense began presenting its side to the jury Thursday afternoon, first working to discredit the children who say their gym teacher sexually abused them.

Forensic psychologist Dr. Susan Cave analyzed how workers at the child advocacy center interviewed the children. She argues the workers asked the kids leading questions that could influence the answers.

“You want information that is uncontaminated, that is generated by the child’s experience, that can have forensic value, that can be of use, of value, in a court of law,” said Cave. “If you ask the same question twice, it could be because you didn’t understand it the second time. But if you ask it a third time, you’re communicating to the child that their answer wasn’t good enough, and you’re expecting a different answer.”

Defense attorneys called Clinical Psychologist Dr. Fred Peterson, Ph.D., in an effort to point out Hopkins’ interactions were not for sexual gratification, due to autism.

“My opinion based on the observation of the videos, the interviews, the psychological testing, the sexual health testing, is that this is a gentleman that had exceedingly high needs for emotional and affectionate needs to be met. And that the behaviors I saw in the video were not sexual in nature but in an attempt to get those needs met as directly related to the autism spectrum disorder and how that disorder made him behave in certain ways that, you know, were inappropriate,” said Dr. Peterson.

To be guilty of gross sexual imposition, prosecutors have to prove beyond a reasonable doubt that Hopkins touched children for sexual reasons.