Vote for name of Newport Aquarium’s baby shark before Tuesday 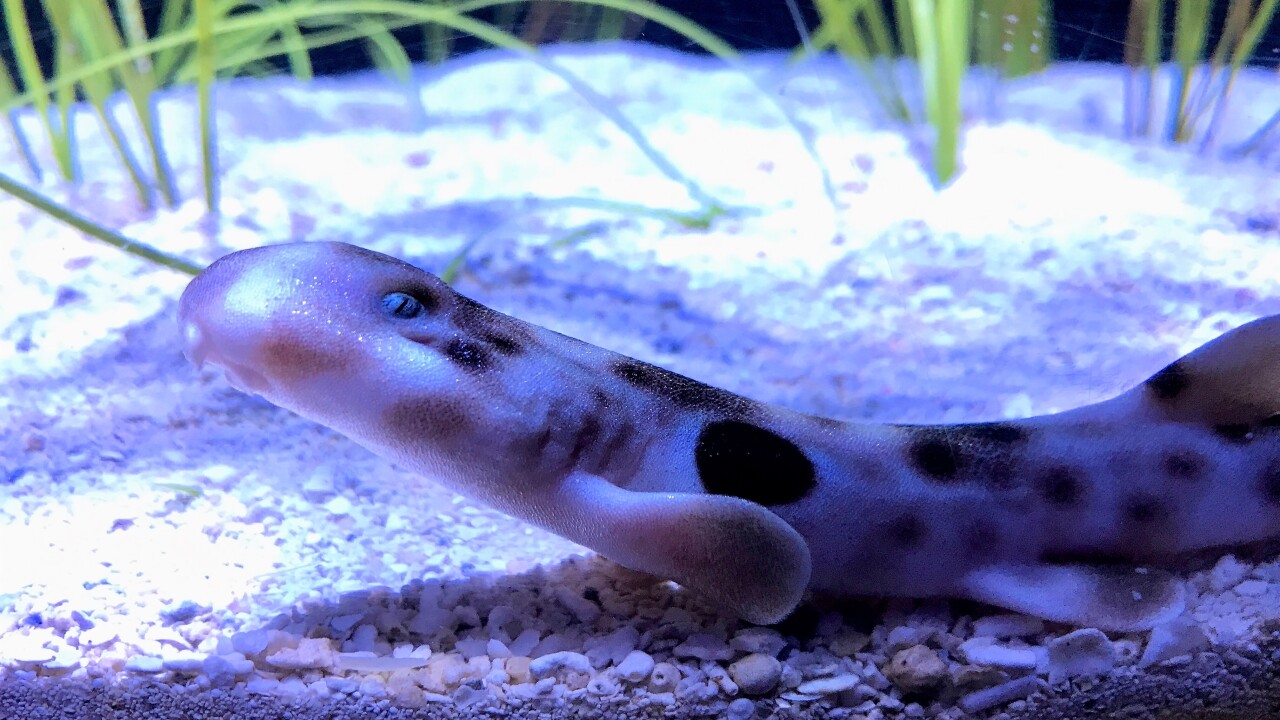 Copyright 2019 Scripps Media, Inc. All rights reserved. This material may not be published, broadcast, rewritten, or redistributed.
Provided, Newport Aquarium
You can vote to name the aquarium’s female epaulette shark “Finley” or “Luna” on the aquarium’s Facebook page. The winning name will be announced on Tuesday.

NEWPORT, Ky. — Though the name “Baby Shark” is off the table, you can have a say in what the Newport Aquarium names its newest finned friend.

On the aquarium's Facebook page, you can vote to name the female epaulette shark “Finley” or “Luna.” The winning name will be announced on Tuesday.

Aquarium officials said they received more than 500 name submissions online, and its Animal Care Team narrowed down the list.

At the time of this report, almost 1,000 people have cast a vote.

Just a few inches long, the baby shark has been growing up in the aquarium’s seahorse gallery since arriving earlier this summer. The dark-spotted epaulette sharks are known for their ability to crawl across large coral beds (and sometimes dry land).

The soon-to-be-named shark will one day be an ambassador for the WAVE Foundation’s WAVE on Wheels program, which brings live animals to area schools.