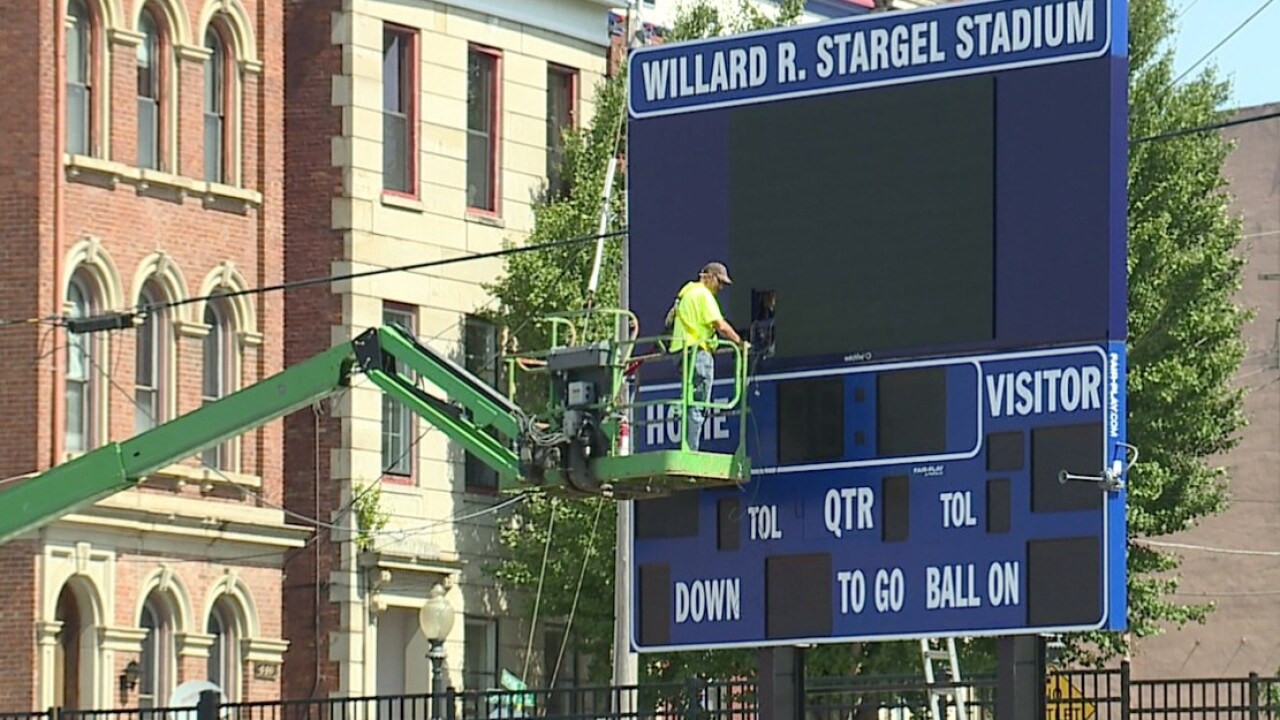 Copyright 2019 Scripps Media, Inc. All rights reserved. This material may not be published, broadcast, rewritten, or redistributed.
Terry Helmer | WCPO
Work on the scoreboard and grounds at Stargel Stadium continued Tuesday. The stadium opening, pushed back two weeks by construction delays, is scheduled for Friday. 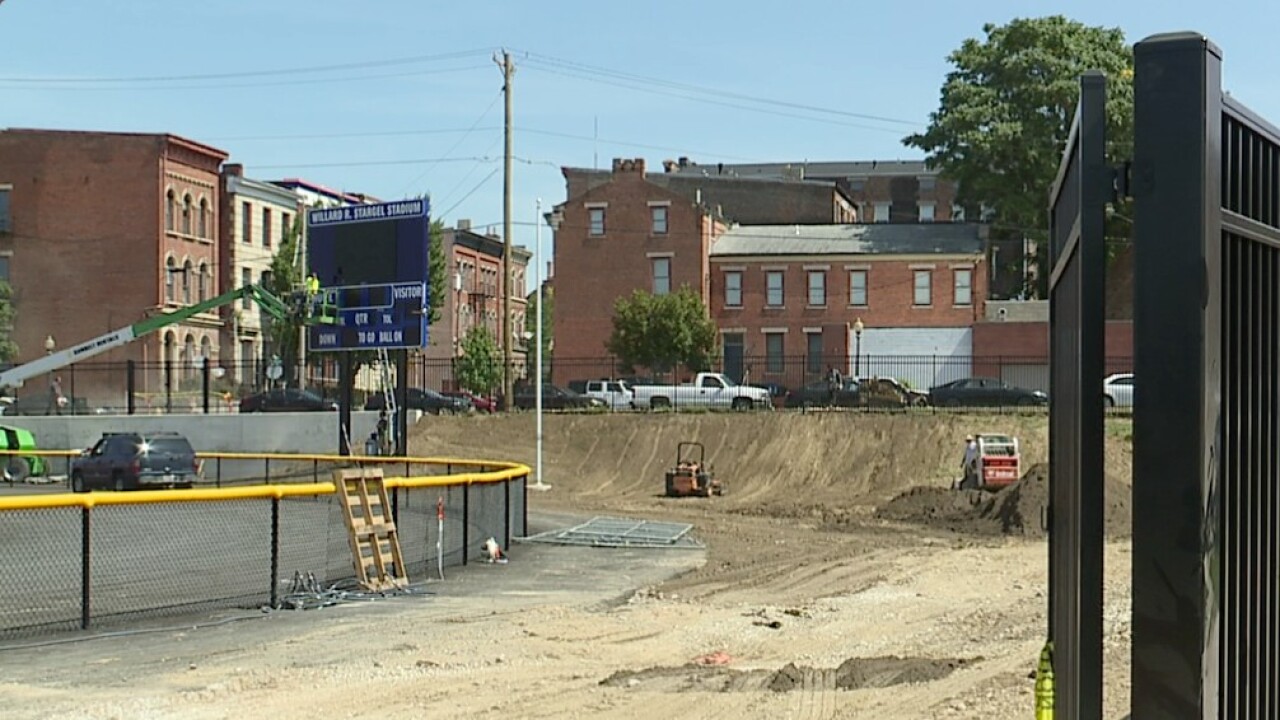 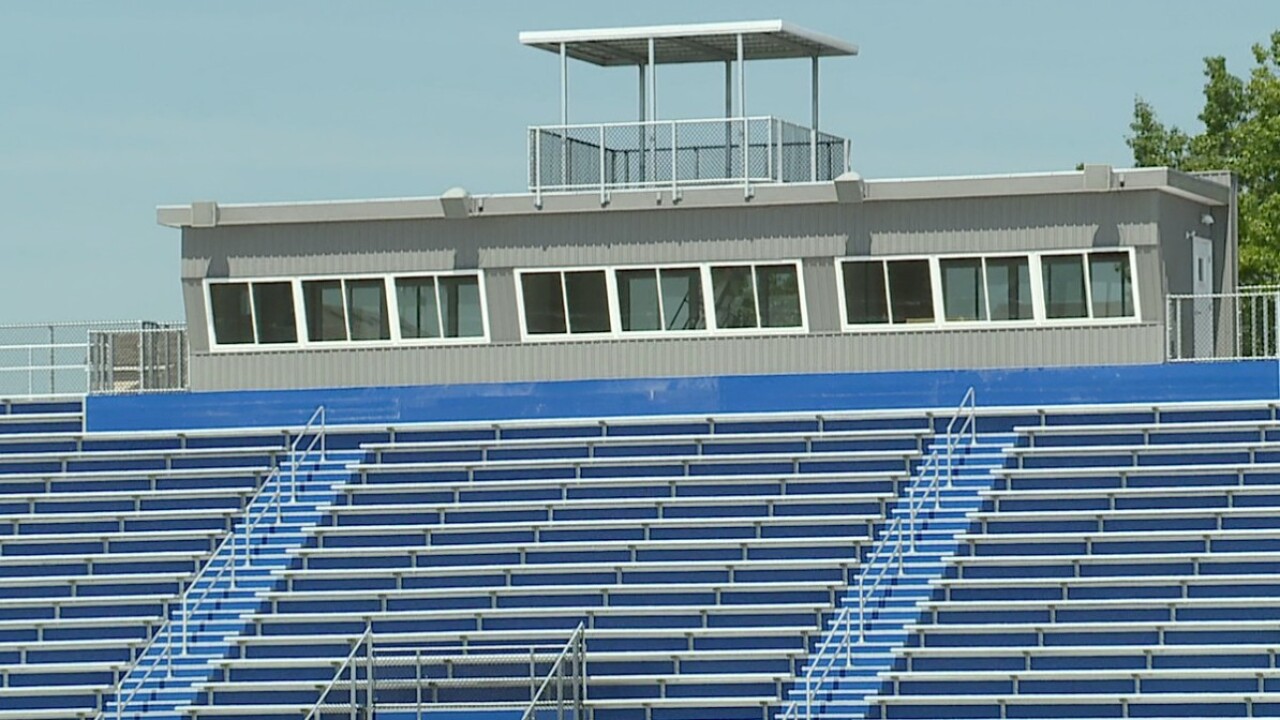 CINCINNATI — Taft High School, Cincinnati Public Schools and the West End will celebrate the opening of the new Stargel Stadium on Friday.

Kickoff of the inaugural Taft-Withrow football game has been moved up to 5 p.m, with the ribbon-cutting ceremony now scheduled for halftime (6 p.m.). Gates open at 4:30. Tickets are $6.

The much-awaited opening of the $10 million state-of-the-art outdoor complex had to be moved back two weeks because of construction delays.

Josh Hardin, CPS Athletics Manager, told WCPO this week that remaining work on the scoreboard and grounds would be completed by Friday.

"There are still a few minor items that remain such as a couple rooms including a multipurpose room, storage room, and officials rooms. Also, we are finalizing our schedule to line the track. That is the most notable items that remain," Hardin said.

There will be free T-shirts for the first 200 people at Friday's event and free towels to the first 100, according to a CPS release. Free cotton candy and Kona Ice will also be available for children, and Skyline Chili will serve free coney dogs. The Taft and Withrow marching bands will perform.

The new Stargel, with seating for 3,000, features a new video scoreboard and a weight room as well as locker rooms.

The stadium will also host track and field and extracurricular and club activities, including Taft’s Drone Club, and serve as the home field for five other CPS football teams - Aiken, Hughes, Riverview, Shroder and Gamble - according to CPS.

The stadium is located at 501 Ezzard Charles Drive, across the street from Taft.

FC Cincinnati paid the tab for a new, upgraded Stargel Stadium in a deal with CPS. The soccer club bulldozed the old Stargel after last football season to make room to build a new Major League Soccer stadium.

The stadium is named in honor of Willard Stargel, legendary Taft coach and teacher in the 1950s and 60s and a star athlete at Woodward High and the University of Cincinnati.

Stargel, who overcame racism on the field and in the workplace, was a father figure to many of his players and students and a role model for generations of West Enders. He also served as head football coach and track coach at Walnut Hills.

The stadium was scheduled to open on Aug. 28 for Taft’s first football game against Northwest.