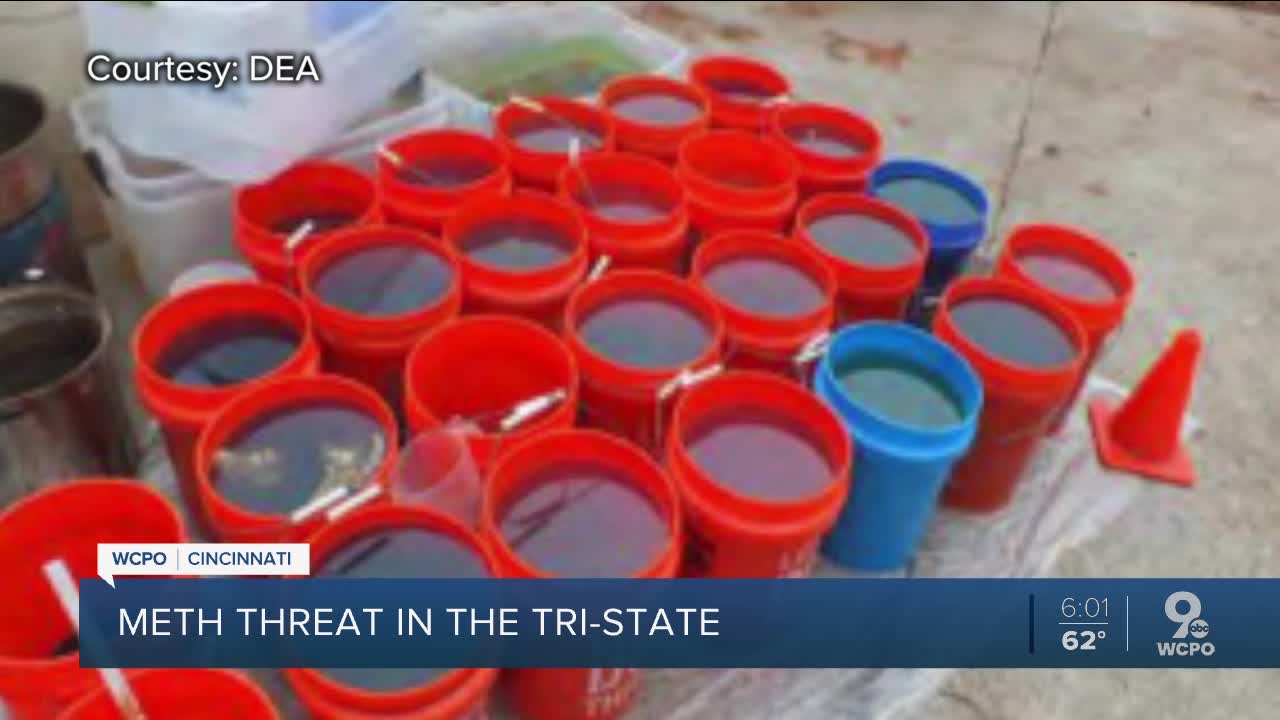 The DEA says meth is threatening Tri-State families in ways opioids cannot. It's cheaper, easier-to-get, and smuggled in ways hard to stop.

It's purer, cheaper, easier-to-get, and smuggled in ways hard to stop.

The feds say smugglers are hauling meth in liquid form - called "meth in process" - hiding it in fuel, water, even alcoholic drinks.

And they’re converting this stuff into drugs more potent than any the Tri-State has ever seen.

Worse, treatment nurses see kids as young as 15 getting hooked by a slick street sales pitch.

"People will use terms like, ‘somebody didn't just cook this in their garage … this is the good stuff … it's better for you … it's not as hard on your body,” said Kat Engel, VP of nursing services at Center for Addiction Treatment.

The stuff is coming from Mexican "super labs," where authorities say cartels have a new process making large volumes of meth much purer - 97% pure in large volumes - than the old mom-and-pop labs used to make in the Tri-State.

The result is a much more potent drug treatment specialists say users are struggling to kick.

"The paranoia, the delusions, almost mirroring schizophrenic behaviors, at a time where from a clinical perspective we're looking at not doing a diagnosis until we've had a few days to bring them down from the meth,” said Engel.

Abuse is so widespread, the DEA says agents went from seizing 80 kilos four years ago to nearly 300 a year in our area.

It is a growing threat the DEA laid out for Congress in its latest budget report. Once it’s smuggled across the southwest border in Texas, it floods the Tri-State like never before.

In 2015, agents seized 80 kilos. Two years later, they broke a record, finding three times as much.

Loveland's Johnny Hollowell was 17 and chasing Hollywood stardom when offered meth to feel invincible. His mind and body shriveled.

"If you put it simply, I was living in my drug dealer's closet,” Hollowell said.

Hollowell hopes to be involved in social work one day soon. He's in a good place.

But in Kenton County, there are so many people getting arrested with meth that authorities there had to change the way people are charged.

We'll have another report on this growing problem on Tuesday.

RELATED: Meth is in, heroin is out in Clermont County.