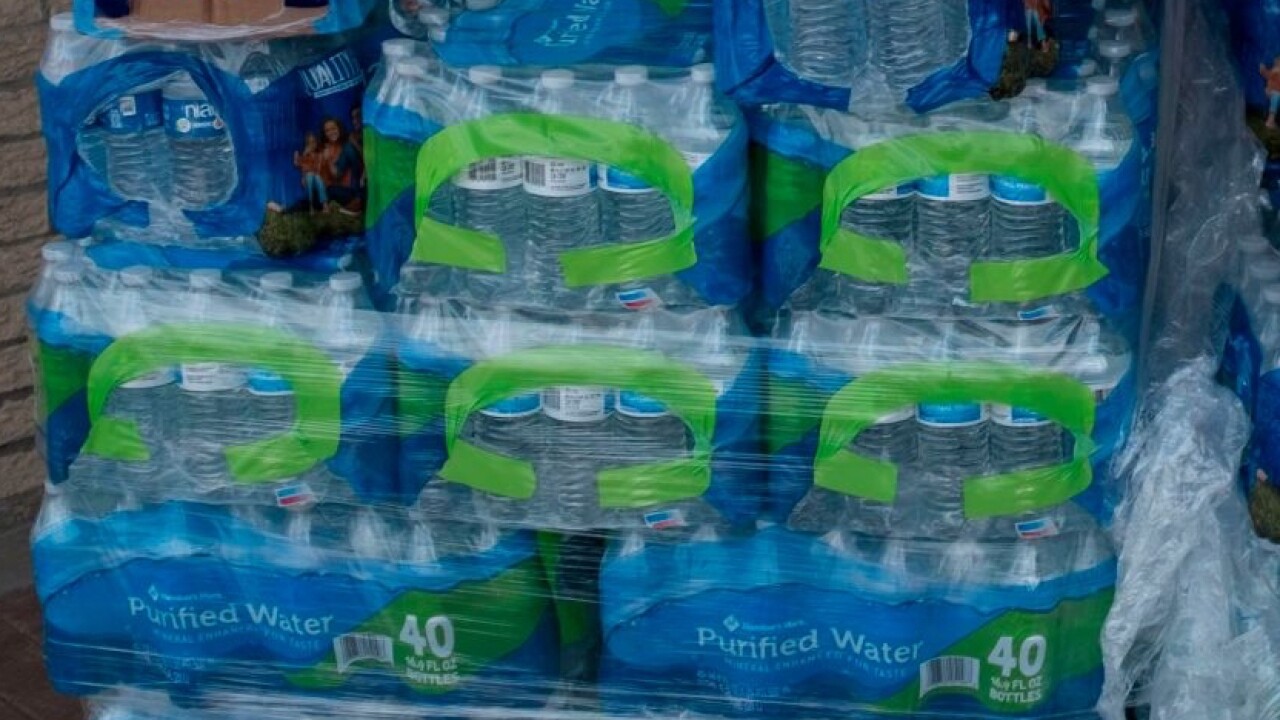 Seth Herald
Packages of water sit outside a red-cross station at Corinthian Baptist Church in Dayton, Ohio on May 28, 2019. - One fatality has been reported so far, an 81-year-old-man in Celina, Ohio, which is about a 90-minute drive north of Dayton, said Celina Mayor Jeffrey Hazel.

A list of celebrities that includes Lin-Manuel Miranda, John Mulaney, John Legend, Ben Stiller, Nick Mangold, Jimmy Kimmel and Judd Apatow have joined the fight to feed local residents in the wake of the devastating Memorial Day tornadoes, according to the Journal-News.

Rob Lowe says that donations will be collected in the lobby of his show this Sunday, June 2, at the Schuster Center in downtown Dayton.

On Thursday, Miranda, the creator of the Broadway sensation “Hamilton,” and Apatow, a director and producer known for a list of comedies that include “The 40-year-old Virgin” and “Knocked Up,” accepted a donation challenge from comedian Mike Birbiglia in support of the Foodbank of Dayton.

Thanks for replies on how to help tornado victims in #Ohio! So many great organizations helping out.

Who will match this? RTing donations!! pic.twitter.com/XJojJ1Vzwc

Michelle L. Riley, CEO of The Foodbank, said Friday: “We are thrilled, in less than 24 hours, over $55K has been donated, so much of this is thanks to Mike Birbiglia encouraging other celebrities and the Twitter community across the country to support our disaster relief efforts. Recovery will be long term in the Miami Valley and we are grateful for all the support. In times like these, there are hundreds of local nonprofits doing great work to help our neighbors in need. Mike could have chosen any of them and the donation would be well received. We are humbled and grateful that he chose this platform and our Foodbank. Saying thank you does not seem to convey our appreciation.”

Thanks for the heads up. Thank you for doing this for my hometown @birbigs. pic.twitter.com/w4gxhRJP9s

Who else is in? #DaytonDonations

here you go @birbigs - you’re a the best for telling me about that. love you
donate here - https://t.co/KwDHQW7DZQ#DaytonDonations pic.twitter.com/xUacC69kXD

Donating to the Food Bank and a few other organizations helping to support my home state in the aftermath of the tornadoes. Please join me if you can! https://t.co/35IxdZv7hw

Tornadoes ripped through cities in Montgomery, Greene and Mercer counties.

The Foodbank is a nonprofit that works with a network of partner agencies by acquiring and distributing food.

Since Monday’s tornadoes, more than 900 people have volunteered for the Foodbank. More than 700 people have received water through the drive-through pantry and half a million bottles of water have been collected and distributed, according to an update from Foodbank officials Friday.

The drive-through pantry will be open 8 a.m. to 4 p.m. Monday and Tuesday.

A special fund and campaign has been established for those impacted by the Memorial Day tornadoes that ripped through the area.

In partnership with Cox Media Group Ohio, the Foodbank is working to meet immediate needs of those areas impacted the most.

The Foodbank is accepting online donations at thefoodbankdayton.org/donate.