Sharing the road with a semi can be nerve-racking, but they're safer than you think 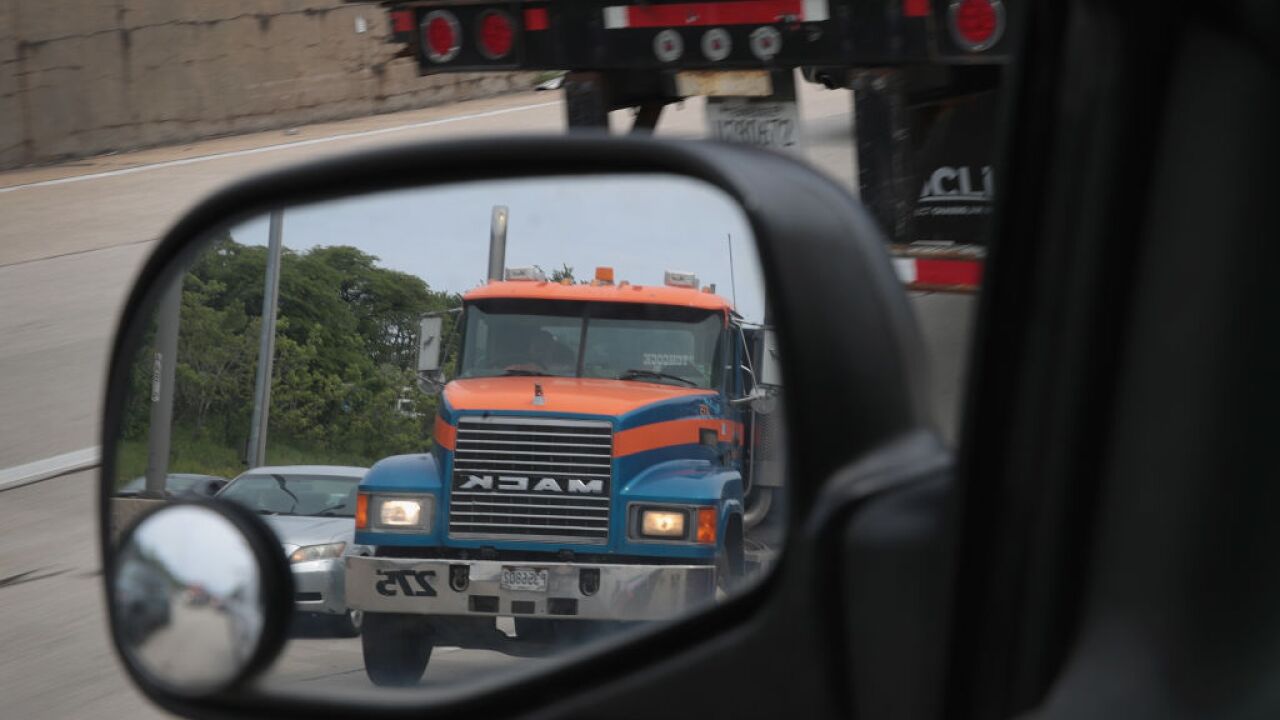 CINCINNATI — After a blown tire on a semi truck caused the deaths of two people on I-71 Tuesday, how safe is sharing the road with semi trucks?

As it turns out, they may be pretty safe most of the time.

That's not to say they aren't without flaws or failures; the Ohio State Highway Patrol's crash statistics show there were 121 heavy truck-involved fatalities in 2018. But there are strict fail-safes in place to keep them as safe as possible, despite the way driving next to one might induce some anxiety.

"Exterior, lights, tires, wheels, engine," Ryan Elmlinger, general manager of Dickinson Fleet Services, ticks off the things his truck inspection company checks every time a semi truck comes in for an inspection. "It's a full checkpoint of 151 points."

The company is familiar with the rundown necessary to prove an 18-wheeler is road-ready and safe to drive. They check for oil and engine problems, lights and even the vehicle's seats.

"The seat has to have padding on it," Elmlinger said. "It helps reduce driver fatigue, which is also the leading cause of accidents."

The inspections usually take about an hour before drivers can claim their inspection stickers and be on their way. Elmlinger said his company has a custom PM inspection marker, and they provide a mandated Department of Transportation annual inspection sticker.

The Department of Transportation requires all trucks be inspected at least once a year, but Elmlinger said many trucking companies actually require their drivers to have their trucks inspected multiple times a year.

Semi truck tires also undergo inspections during the annual checks; the tire lifespan on a semi truck is about 60,000 miles -- the distance from Cincinnati to L.A. 14 times. While there can always be problems with tires on any vehicle, as long as a driver is keeping up on mandated DOT inspections, tires shouldn't be a problem.

"The most common failures that we see are the tire tread depth thicknesses, and brake lining thickness," said Elmlinger. "You'll also see a lot of fluid leaks."

But for drivers on the highway who may be a little nervous about driving next to or behind a giant 18-wheeler, there are some precautions that can be taken.

"If they're changing lanes, there's a possibility you could be in that blind spot," said Lt. Scott Kuntz, with the Ohio State Highway Patrol. "So always keep in mind, if you are beside them, making sure you can see their rear-view mirrors so they can see you."