'You don’t have somebody up in your face constantly' 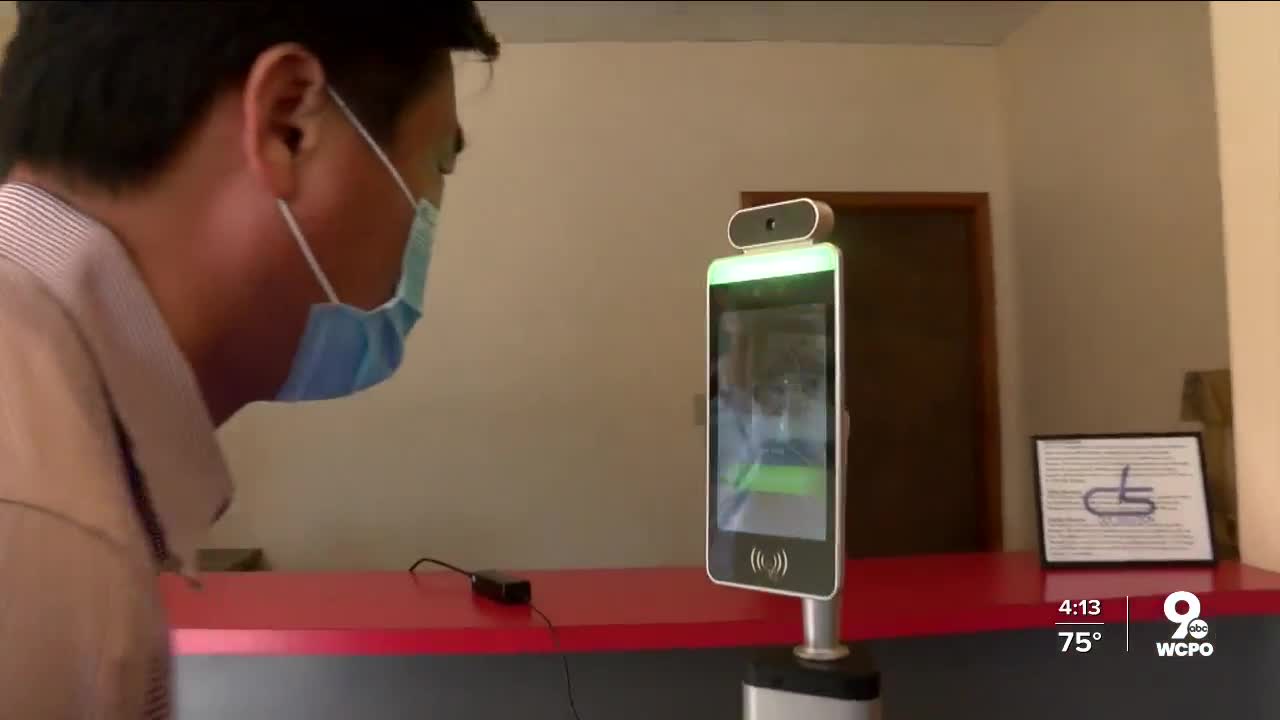 HOW MANY TIMES HAVE YOU WAITED IN LINE TO GET YOUR TEMPERATURE TAKEN? THERE'S NEW TECHNOLOGY THAT COULD SPEED UP THAT PROCESS.

FAIRFIELD, Ohio — Waiting in line at the gym, doctor's office or school for a close-contact temperature check seems to be a fact of life now.

But what if there was a better way?

The Fairfield company Creative Knowledge Service Solutions thought there must be, so it's introduced the Smartpass Temperature and Facial Recognition Device as an alternative in the Tri-State.

The added protection it offers is two-fold: The person offering the scan is illuminated, and that makes the temperature-taker safer too.

“I think it’s safer just for the fact that you don’t have somebody up in your face constantly,” said CKS sales associate Ray Barnes.

He explained how the device works.

“The person comes in, the client or customer, they put their face up against (the screen) and it scans their reading,” Barnes said.

The device will then say out loud whether the user has a normal temperature or will say “no entry” if the temperature is too high. It even recognizes if the user is wearing a mask and reminds the person to put one on if they’re not.

Developed using technology from South Korea, the Smartpass device looks like a smartphone mounted on a fancy, light-illuminated stick and costs just over $2,000.

Barnes said he thinks the device could be used all around town, including in restaurants, hospitals, transit systems and anywhere else there are large gatherings of people. He sees an advantage for schools, too.

“I would think that a kid would be a lot easier to come in, get their face scanned other than somebody else having to scan,” he said. “Hopefully, we can get it out and about and just make it a little peace of mind for everyone."