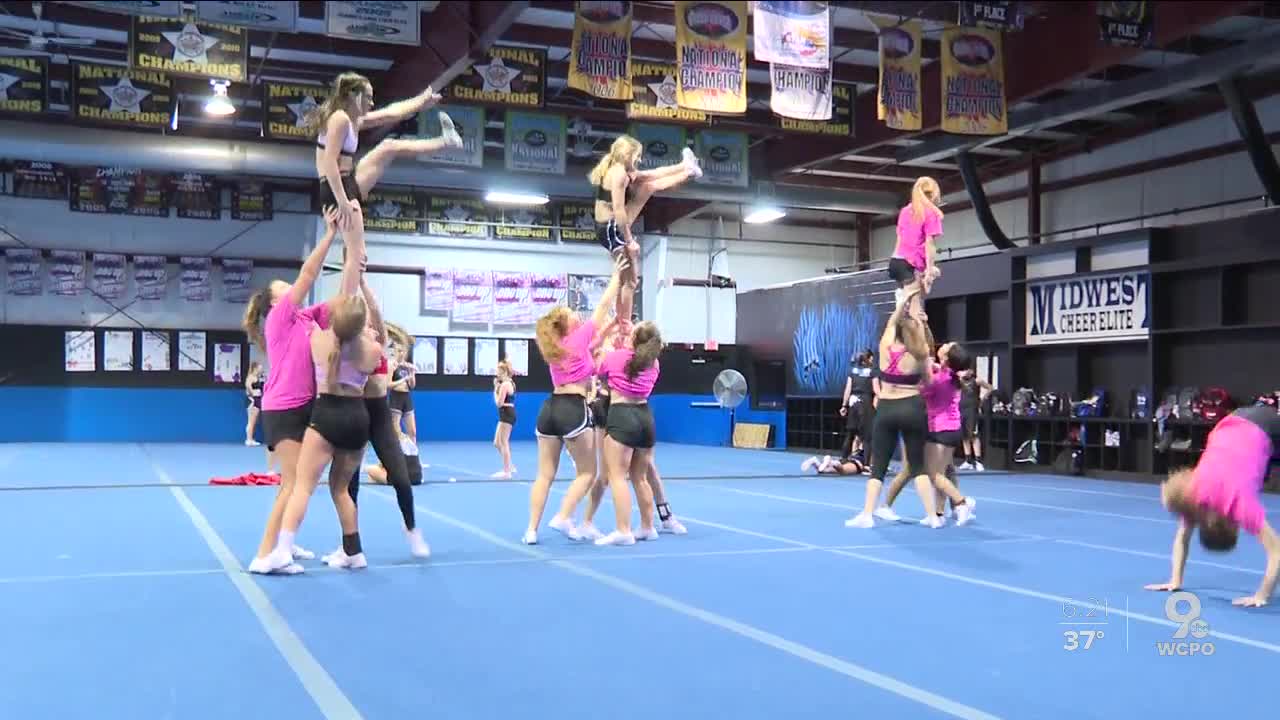 A popular new show on Netflix, called “Cheer,” has brought renewed local attention to a sport that can sometimes be thought of as anything but.

Popular new Netflix show “Cheer” has renewed local attention to a sport that can sometimes be thought of as anything but.

"We have practices that are, like, two to three hours long three days per week," said Ryleigh Jones, 15, an athlete at Midwest Cheer Elite in West Chester. "On two of those days we have conditioning for 30 minutes right after practice."

The Netflix series follows the lives of college cheerleaders in Texas, and some of the athletes at Midwest Cheer Elite say the docuseries gets it just right.

"I really like it,” Jones said. “It shows pretty much exactly what cheer is.”

The Lakota West sophomore is a member of "Femme," an all-girls team at the top of MCE's pecking order. Banners of past championships won remind the athletes below what can happen if you work hard.

Founded by owner Tanya Roesel in 2003, Midwest Cheer Elite has more than 400 students. More than 1,000 use the gym in a school year if you count the hundreds of others who rent gym time there.

"A lot of my cheerleaders have gone on to become doctors and attorneys and we had one going out for the CIA," Roesel said.

Roesel believes that those who would deny that competitive cheerleading is a sport should take another look.

"These guys are athletes,” she said. “You're seeing a lot of college opportunities.”

The physical demands of this sport are real, even with the shock-absorbing floor. Joe Lammers, a student at West Clermont Middle School, wears a knee brace at practice.

"It's very hard on your body -- I've had lots of injuries from it," Lammers said.

Still, he doesn't let a tender joint get in the way of cranking out back handsprings like a pro.

"I get a lot of joy out of it,” he said. “I really enjoy doing the sport. I just think it's really fun."

As Lammers and two girls struggle to lift another smaller girl, the three move to keep the "flyer's" center of gravity over them. A deep sense of trust is built here as these kids learn to depend on one another for safety.

Across the gym, Randall Harper, a coach whom the kids call "Big Dog," works with younger kids on back handsprings.

Harper, who has been coaching with Roesel since the beginning, believes the cheerleading culture is an inclusive one for all who participate.