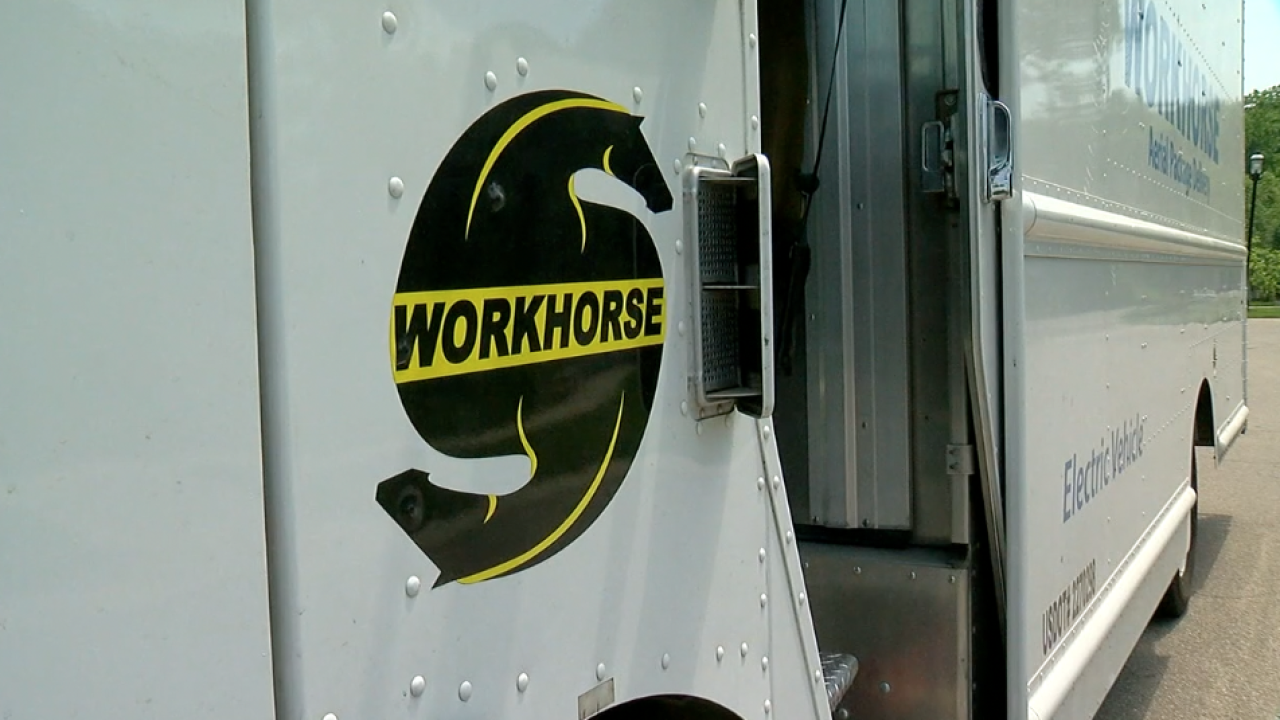 The Loveland-based company reported the financing from a note purchase agreement with two institutional lenders.

CFO Steve Schrader said the company was in the process of hiring 200 people between its Loveland and Union City, Indiana facilities.

"We don't want to lose any momentum while we have a head start," he said.

He added that the new financing would allow Workhorse also to speed up production on a backlog of orders for its electric delivery vehicles. Schrader said UPS and DHL have outstanding orders on the company's C650 and C1000 large delivery trucks.

The company also hopes to start production on smaller trucks and refrigerated trucks, which Schrader said were becoming more sought-after within the delivery industry.

"With this financing in place, we can more quickly advance our production efforts heading into 2021 by increasing our supply chain component volumes, hiring more manufacturing employees and automating certain sub-assembly processes," Workhorse CEO Duane Hughes said in a news release. "We can also accelerate our production timeline for new, high-demand customer products, including a refrigeration truck for grocery applications as well as a purpose-built class 2 delivery van, allowing us to address one of the fastest-growing vehicle markets in the U.S."

Schrader added the new financing will also give Workhorse a stronger balance sheet, bringing the company's available cash to more than $270 million.

Workhorse has also been testing delivery drones in the Tri-State. The drones, which the company calls HorseFly, launch from a delivery truck and work as sort of an assistant to the driver. According to Workhorse, the drones can save time and money when a driver is out making deliveries.

The company's stock price has quickly climbed through 2020 as interest in electric vehicles increases.