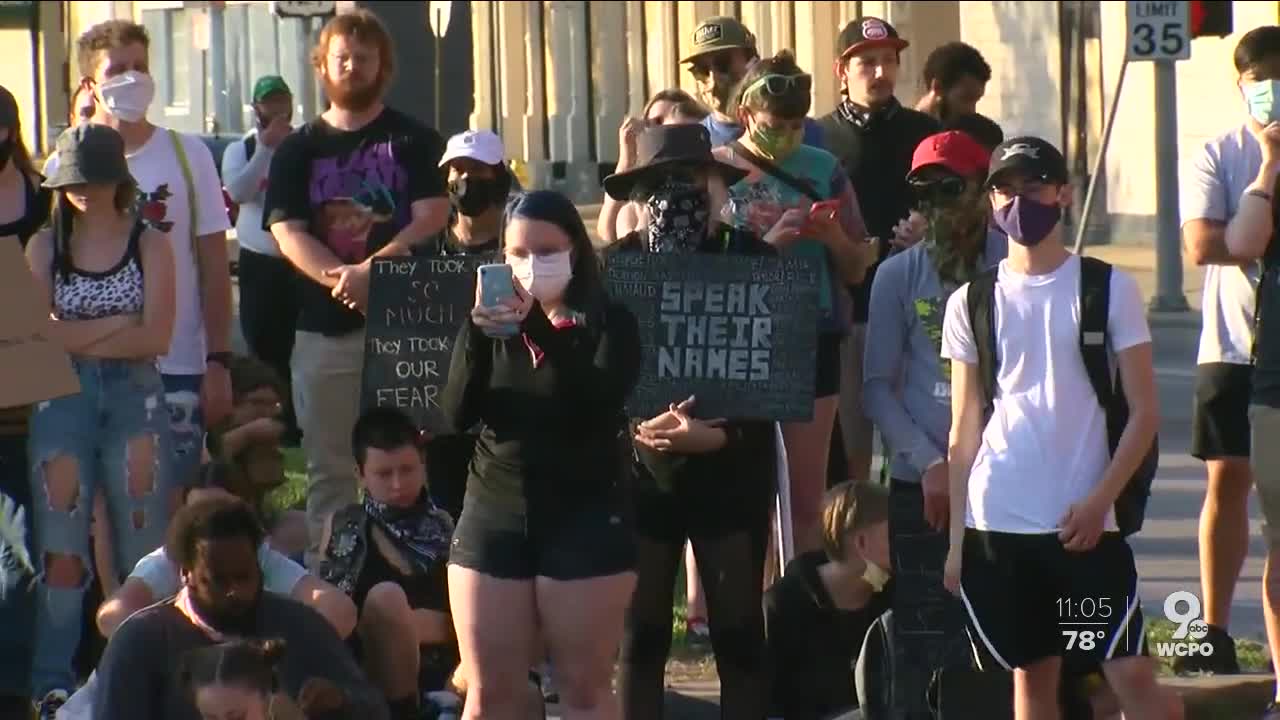 Protesters say they have no plans to stop with several planned in the Cincinnati area Saturday and Sunday. 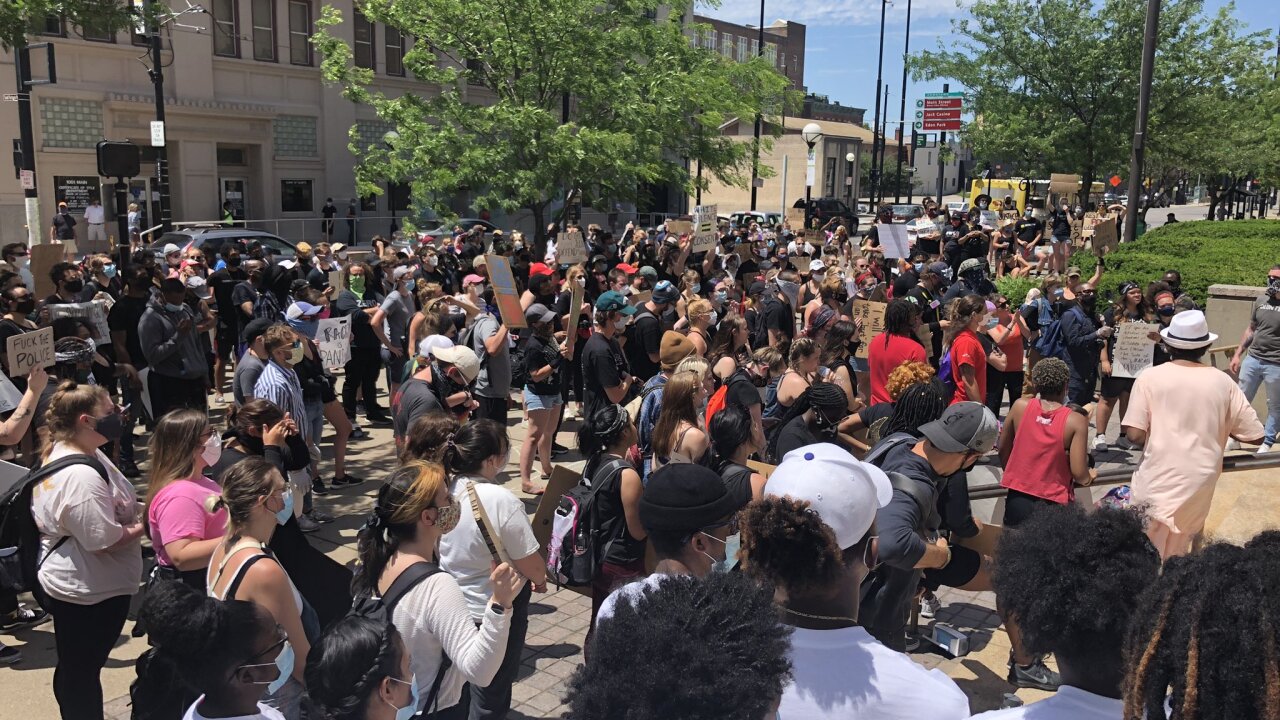 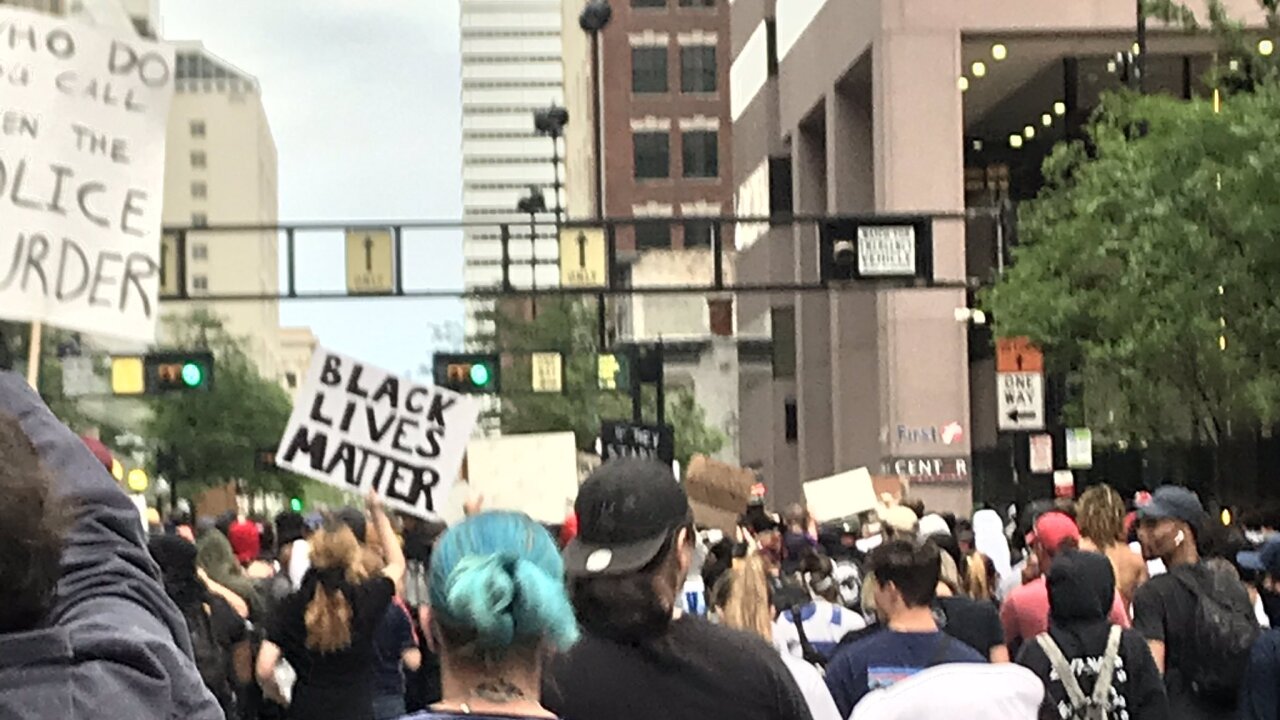 Organizers are calling for the biggest protest rallies yet Downtown this weekend, even as protesters plan to spread into Northern Kentucky.

“We want at least 10,000 people to come out,” said Darius Clay, an organizer of the Downtown protests. “Even if we only get 5,000, that would be great. But we want a huge number because we want a mass action for Sunday.”

Eight days in, organizers and protesters say they’re not going to stop until they see real change following the Minneapolis police killing of George Floyd.

Downtown protests have been smaller and calmer the last two days, but police expect those to grow this weekend.

A Sunday protest is also planned for Elsmere, Kentucky,

SEE times and places below.

A city-wide curfew remains in effect in Cincinnati from 11 p.m. to 6 a.m. on Saturday and Sunday, ending Monday morning.

Jeremiah Hamilton, who has been protesting for eight days, said he’s determined to see it through.

“You have to be dedicated. You have to put blood, sweat and tears into this,” said Hamilton. “You can’t never, ever give up.”

Hamilton said his motivation is “the brutality of the police.”

“They have to stop being allowed to kill unarmed civilians, or killing civilians period,” Hamilton said.

Clay said he thinks the protests will work.

“I feel like as long as we’ve got people that are standing up, and we’re standing in solidarity with people, then change is going to be done,” Clay said.

“As long we’ve got people coming out, we’re going to keep organizing.”

“We’re going to continue to keep doing this. We’re not going to stop. We wake up every single morning dedicated to this,” said Hamilton.

Cincinnati police said they will continue working 12-hour shifts through at least Monday to monitor this weekend’s protests.