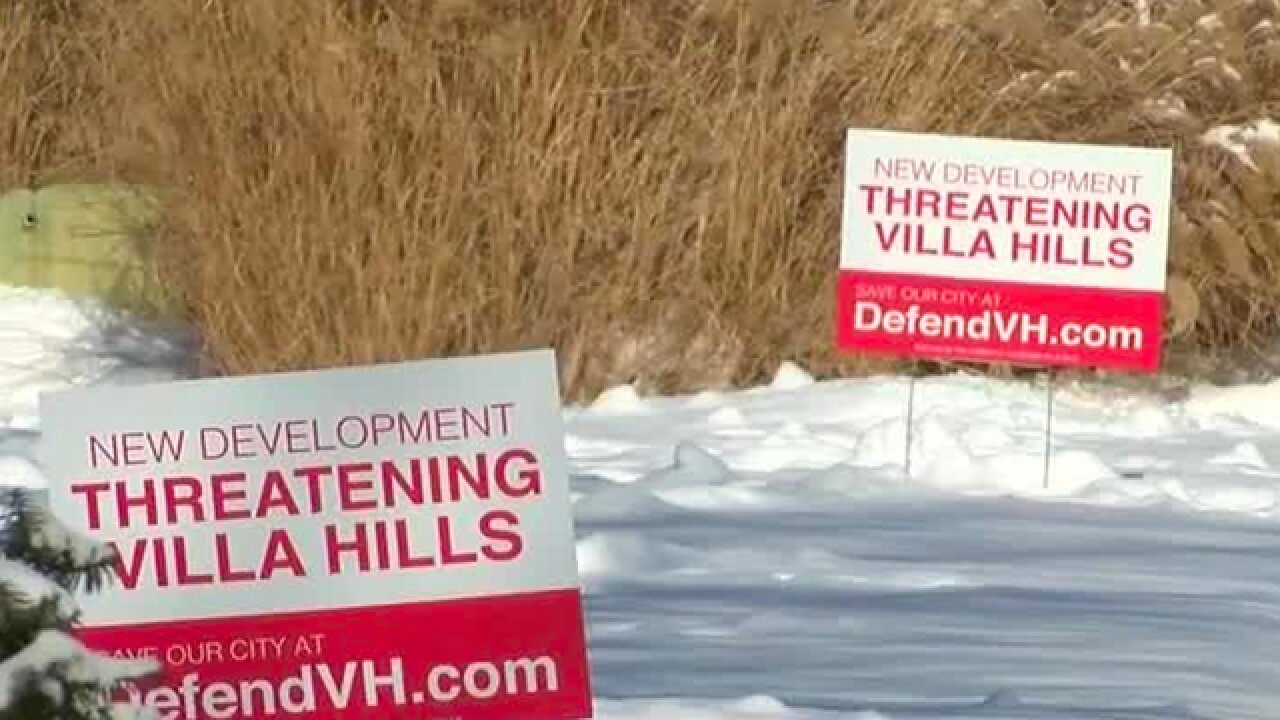 VILLA HILLS, Ky. -- After five hours of heated debate, the Villa Hills Planning Commission gave the green light to a controversial $150 million development in this small community. City council now has the final say in whether or not 85 acres of Villa Hills land can legally be sold to a property development company.

The Benedictine Sisters of St. Walburg Monastery owns the site in question and wishes to sell it in order to fund members' retirements. The prospective buyer, Ashley Commercial Group, could construct up to 450 homes, apartment complexes and townhouses on the now-vacant land.

However, some Villa Hills residents said they worried about the influx of traffic the project could bring to their streets.

"We recognize that change can be threatening," Sister Mary Catherine Wenstrup said. "We also know that to live is to change. We believe that Sanctuary will provide a variety of housing opportunities for current and new individuals and families."

Henry Mitchell lives on Carpenter's Trace, adjacent to the proposed development site. He and his neighbors know that 187 apartments and a parking lot could go up just 50 feet from their yards, and they've scattered signs throughout the city noting their opposition.

"It's too close, and we're against the commercialization of Villa Hills," Mitchell said. "They want to bring in commercial and retail business here when Villa Hills historically has been a bedroom residential community since the early '60s."

Jason Yeager, a partner with the Ashley Commercial Group, called the project a "TND" -- traditional neighborhood design -- built for a mix of people.

"We hope to have young families, empty-nesters, professionals at all different price points," he said.

Housing prices could range from $250,000 to $1 million with single-family homes, townhouses and cottages.

"We'll also have an apartment project, a town center which will house the HOA club, hopefully a restaurant, wine bar, cafe, that type of thing," Yeager said.

Villa Hills Administrator Craig Bohman said the site is the last big piece of vacant property in the city, so the project has to be done right. It could boost tax revenues up to $725,000 a year, a 20 percent boost to the city budget.

Bohman also knows traffic on Amsterdam and Collins roads will be heavier because of the development, but a $10 million fix for that is in the works.

"We've had two traffic studies done and have identified what improvements need to be made and we're in the process of working with the developer to see how those are going," he said.