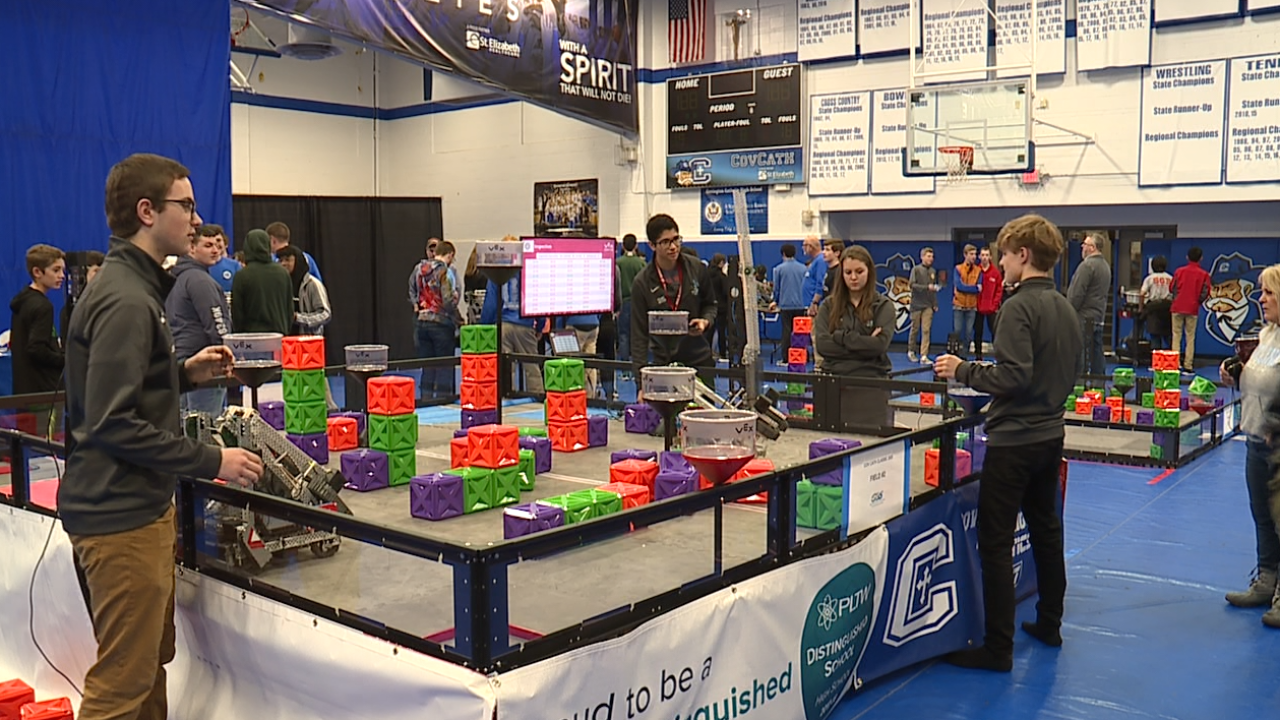 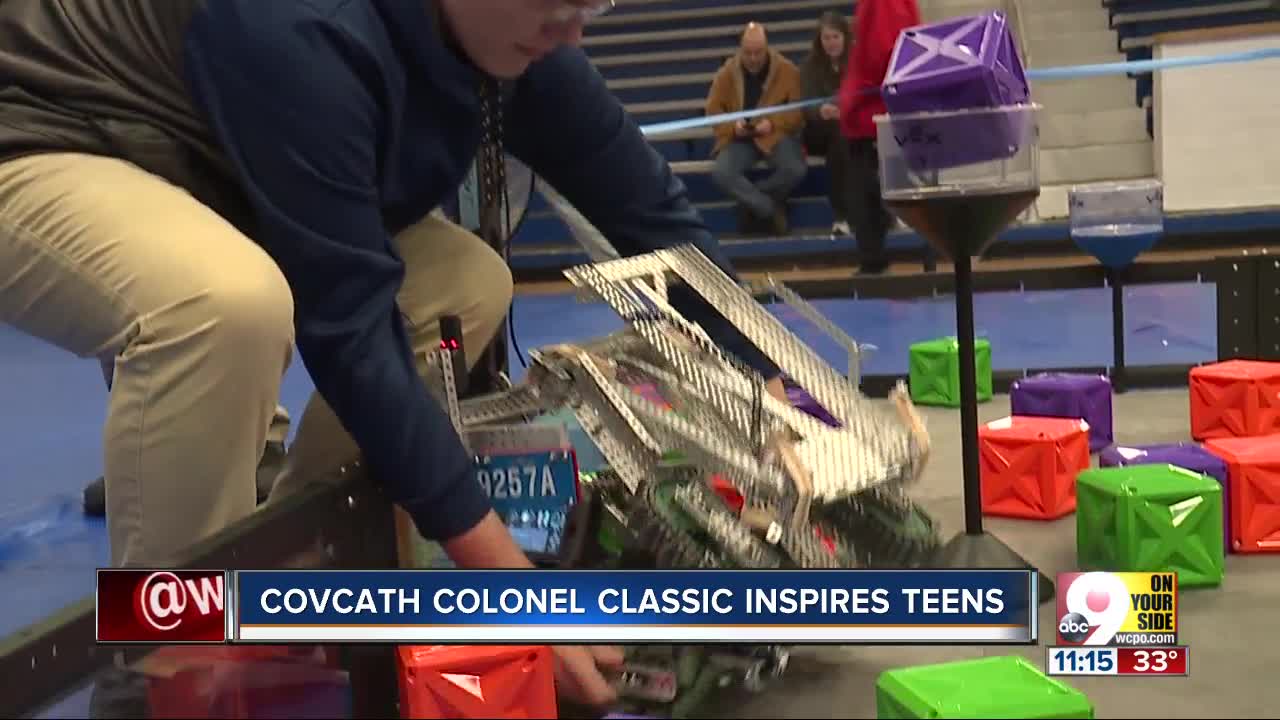 PARK HILLS, Ky. — Rock 'Em Sock 'Em robots, they are not, but these bots built by Northern Kentucky middle and high school students are designed to rip apart the competition.

Students work in teams to build their own robots and program them to score points against opponents by dropping bright-colored blocks into goal zones.

“More cubes you put in the goal zone, the more points you have,” student Jason Hackman explained.

Each competition involves four teams that pair up and strategize to take down their competitors.

“If they put a purple cube up in the top of the stack in the tower, each purple cube becomes two points, so they can change the dynamic of the game on the fly,” CovCath Robotics Coach Bob Lind said.

To win, students use careful strategy and computer skills they learn in class and after school.

“We’re usually here about three hours a day, working either on programming the robot or building on new parts of it,” Covington Catholic student Zach Smith said. “We get a morning class where we spend about fifty minutes, and then we stay a little over two hours after school to just work on what needs to get done.”

Lind sees his 29 students’ dedication every day. Despite the rigor, he says the teams are growing every year.

“We started five years ago here,” Lind said. “We had three teams. We’ve now grown to nine teams in that time frame.”

And at least one member of the school's robotics team has qualified for state each year, and a few have gone to worldwide competition.