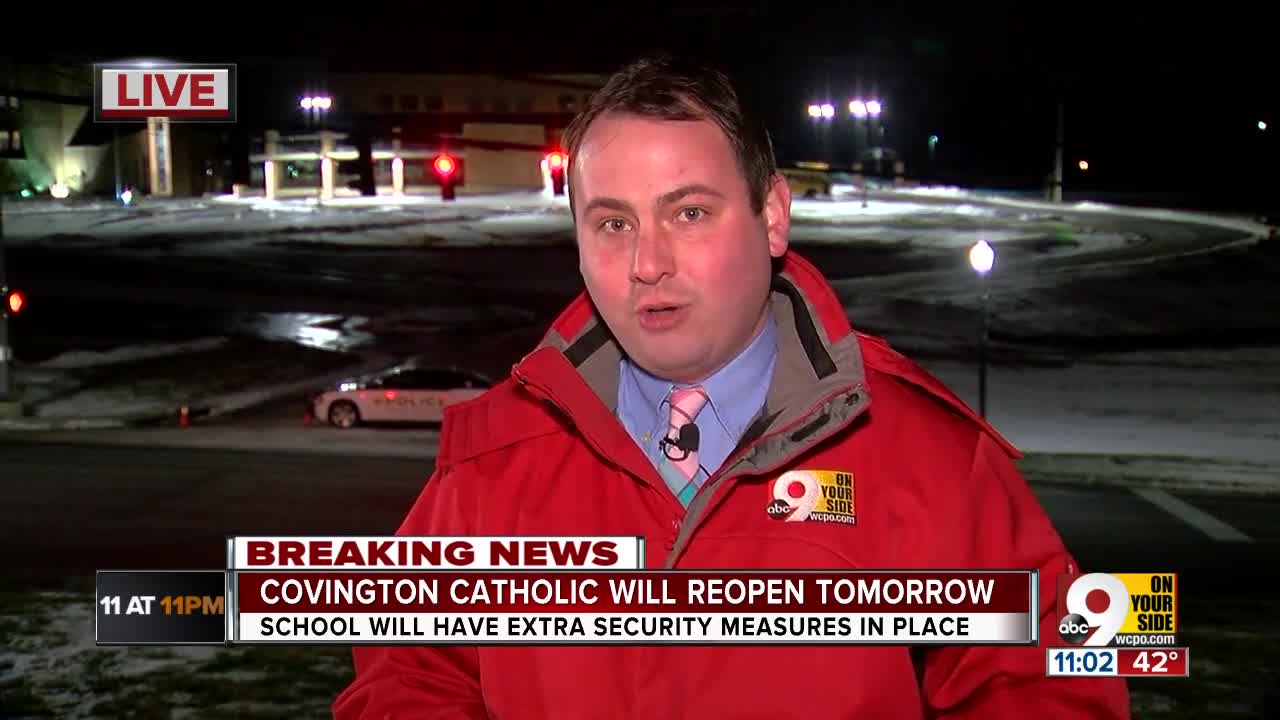 Covington Catholic High School will resume classes Wednesday, having taken Tuesday off in the wake of an incident that generated national news attention and numerous online threats directed at the small, all-male school. Police officers will remain stationed at the school throughout the day. 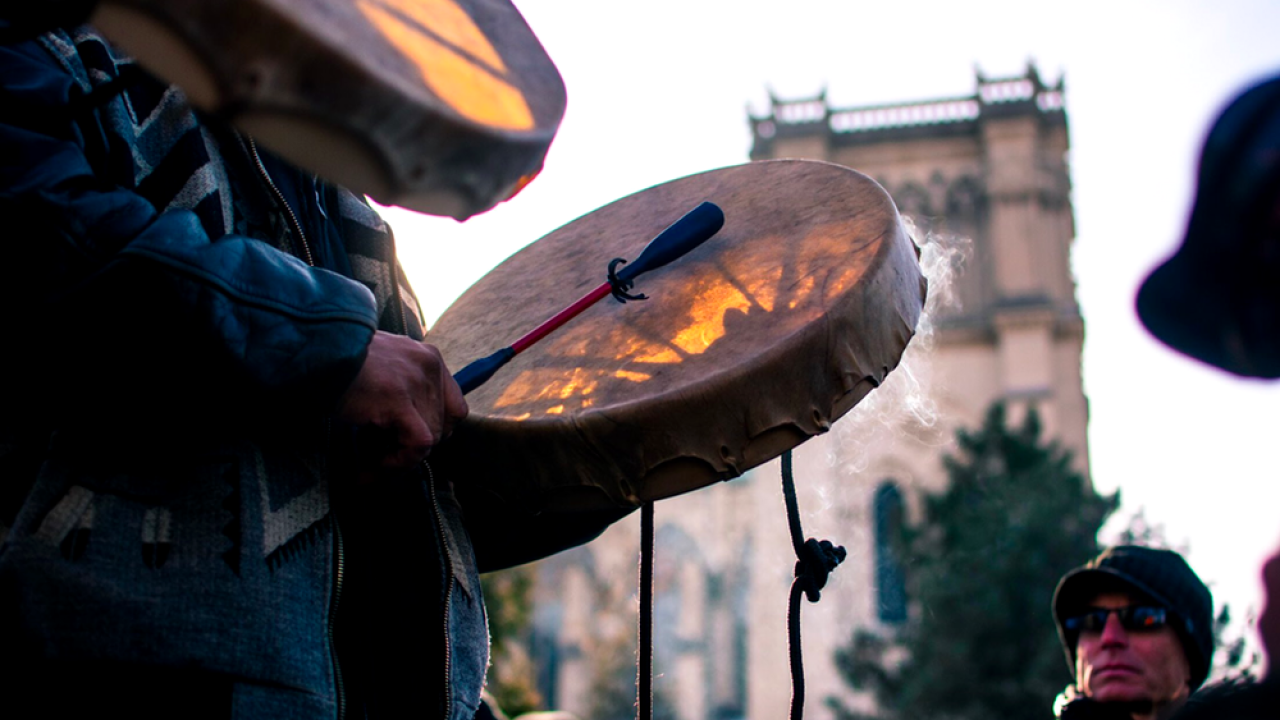 WCPO is still working to identify credible sources associated with this story. If you are a Covington Catholic student or parent or you have had personal interactions with the school that seem relevant, please email us at newsdesk@wcpo.com.

PARK HILLS, Ky. — Covington Catholic High School will resume classes Wednesday, having taken Tuesday off in the wake of an incident that generated national news attention and numerous online threats directed at the small, all-male school. Police officers will remain stationed at the school throughout the day.

In a letter to parents, Principal Robert Rowe wrote students should begin arriving at 8 a.m. and much of the day would proceed as normal. Students and faculty will meet throughout the day to discuss the incident that placed them in the nexus of a national debate, according to the letter.

“Although we have done our due diligence in ensuring student safety, if you as a parent do not feel comfortable sending your son to CCH tomorrow or for subsequent days, please know that we understand this viewpoint during this difficult time period,” he wrote.

The incident in question was a Saturday interaction between a group of Covington Catholic students who had earlier attended the anti-abortion March for Life, a fringe religious group known as the Black Hebrew Israelites and a group of demonstrators attending the Indigenous People’s March for the rights of Native Americans outside the Lincoln Memorial.

In recordings widely disseminated on Twitter, 64-year-old Omaha tribe elder Nathan Phillips inserted himself between the Covington Catholic students and Black Hebrew Israelites as the latter group yelled racial and homophobic insults at the former.

While Phillips played a traditional drum and sang, hoping to quell the conflict, students began to sing along and dance, some performing a “tomahawk chop” gesture associated with stereotypical depictions of Native Americans.

Many in the Covington group wore the red “Make America Great Again” caps that distinguish supporters of President Donald Trump, who has a long history of race-based political rhetoric and who twice threw his support behind the teens via Twitter.

One student, Nicholas Sandmann, stood in front of Phillips and smiled while he played the drum. According to Phillips, Sandmann blocked his way. According to a statement distributed by the PR firm Sandmann’s parents hired to represent him, the teenager was attempting to present a friendly face in a confusing, overwhelming situation.

Different video clips and differing interpretations of same — Was Sandmann the leering face of white male entitlement? A hapless teenager being set up by nefarious "social justice warriors?" Was everyone involved confused, scared, passionate, stupid? — turned the interaction first into a Twitter moment and next into a national uproar.

The tense intersection of many different political, religious and racial groups became a canvas onto which any viewer could project their preferred story about the condition of the United States. Interviews, photos and new video clips continued to pour in at the time Rowe announced classes would continue.

"Please continue to pray for our community," he wrote at the end of the letter. "We as a learning community appreciate your understanding and support."