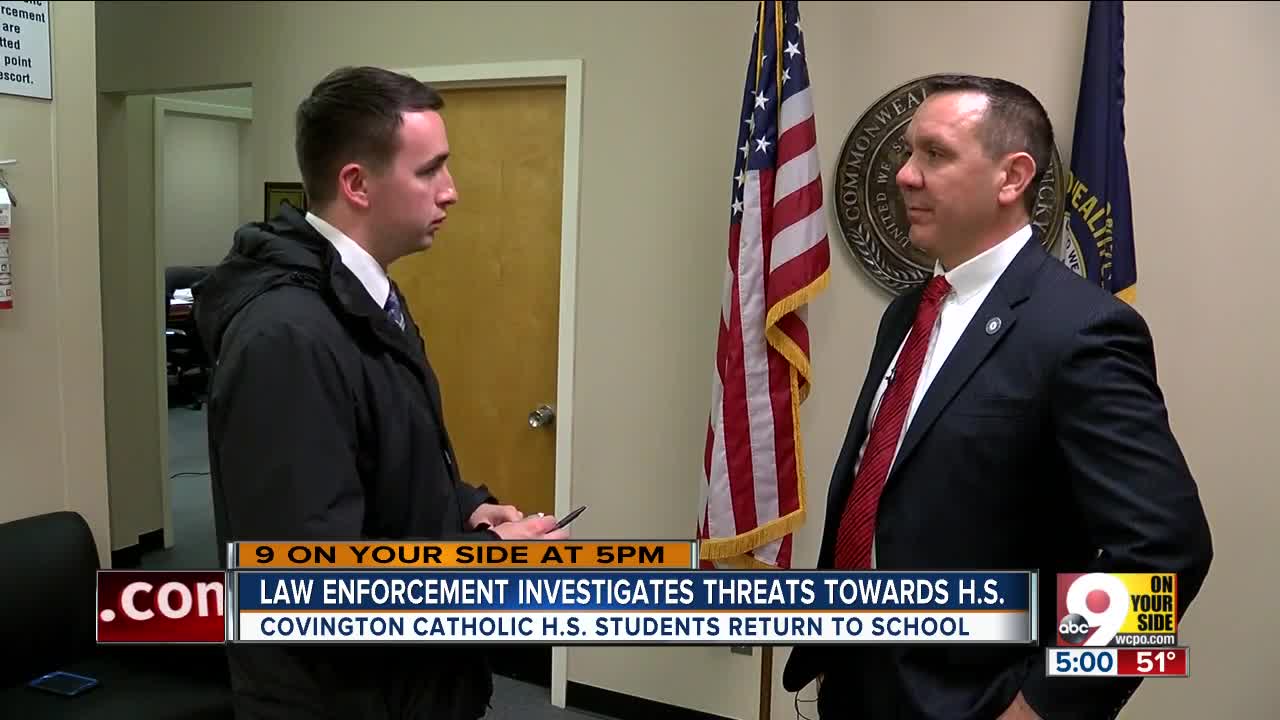 The school, students and diocese have all received threats since an interaction involving students, Native American activists and a fringe religious group went viral over the weekend. Kenton County Prosecutor Rob Sanders is working to identify and punish the people responsible, but it's hard to put handcuffs on a Twitter account. 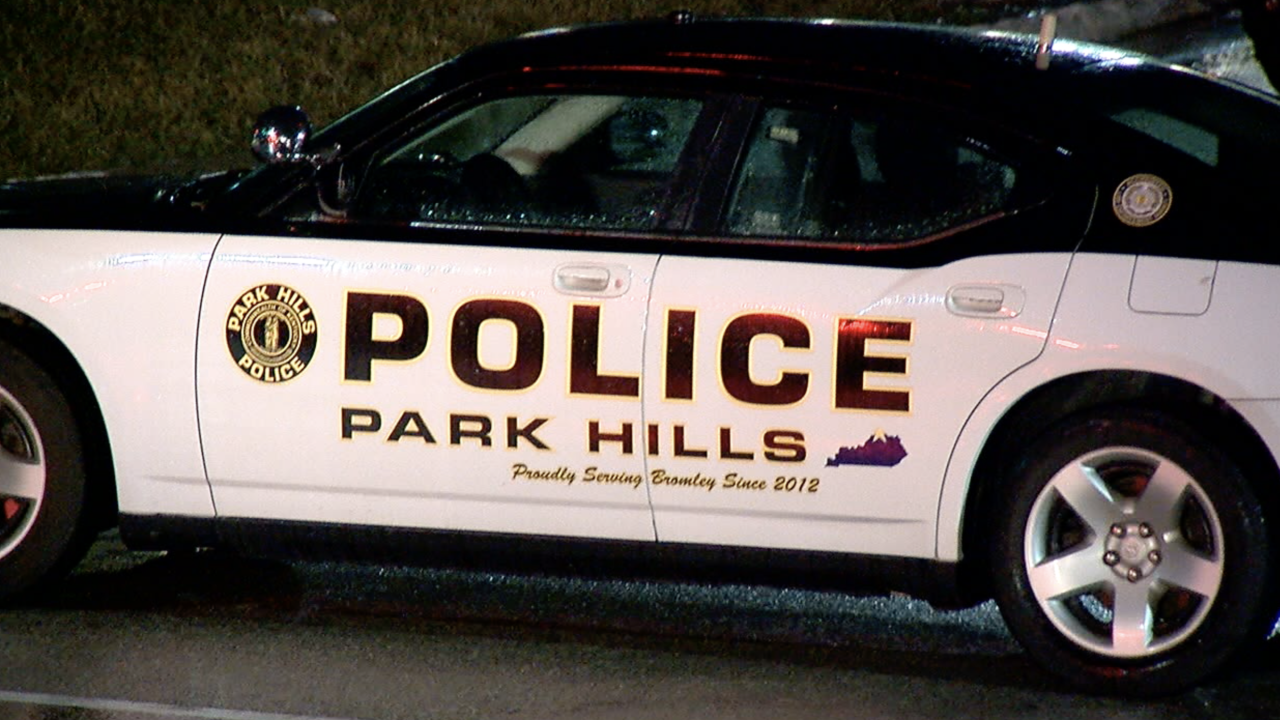 PARK HILLS, Ky. — As Covington Catholic High School welcomed back students Wednesday for the first time since viral videos stirred up a social media frenzy, investigators were trying to track down people who made threats against the school and some of its students.

In the meantime, authorities responded to a report of a suspicious package outside the Diocese of Covington's Madison Avenue chancery Wednesday afternoon.

The threats started over the weekend after several videos showing CovCath students face-to-face with Nathan Phillips, a Native American elder who had been demonstrating in Washington, D.C.

Sanders wouldn't say exactly how many threats were made, but said they were "numerous." Several different agencies are assisting his office in the investigation, he said.

"The bottom line is, we either have the resources here or we know where to find them," Sanders said. "We're going to make that make that happen. It's going to take some time, but we're going to pursue every possible case we can."

Investigators will be going through all the messages and picking out the ones that violate the law, Sanders said. There are tens-of-thousands of emails alone. That will take some time to go through.

While investigators are working on picking out all the threats, student safety remains the priority. CovCath had a heavy police presence outside the school Wednesday. Unscheduled visitors were not allowed.

"Our number one priority from day one was making sure the students could return to school safely and get back to their studies and their classes without any concern that they were in harm's way or in danger of any kind," Sanders said.

Police will stay at the school as long as necessary, according to Sanders. He said authorities want to make sure students are safe and parents have peace of mind.

"I think that's been accomplished," he said. "That's in place."