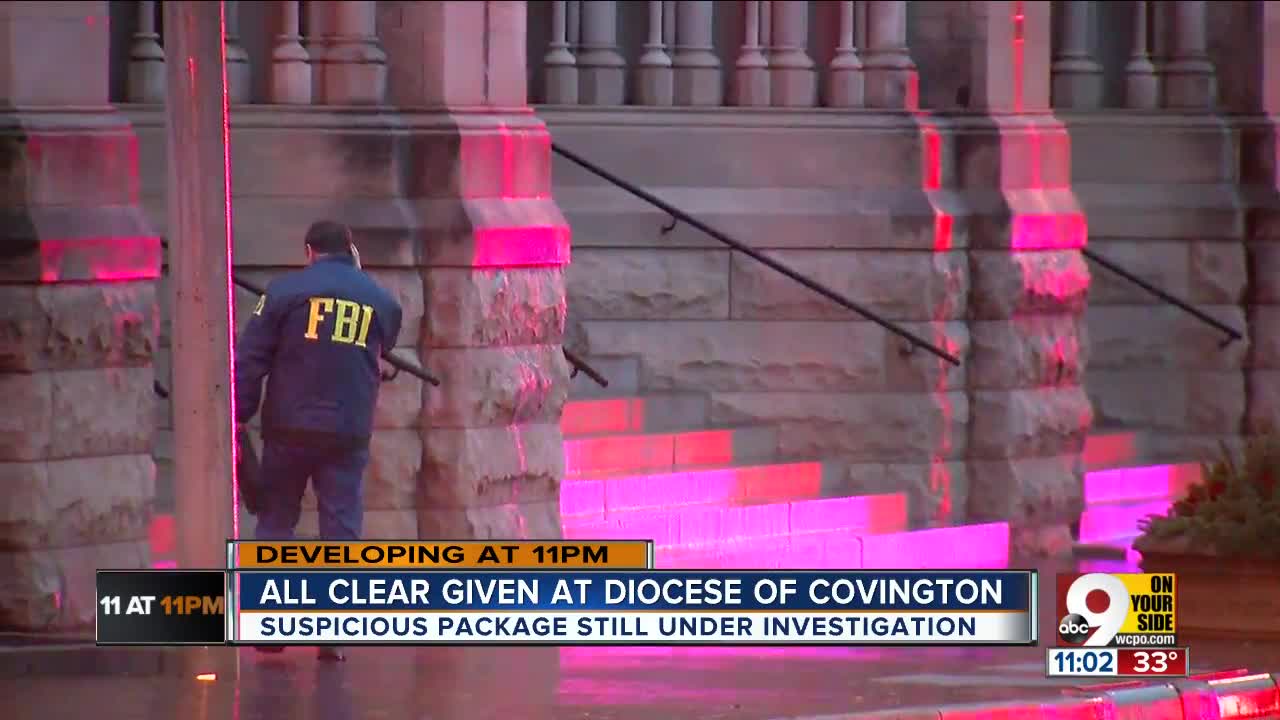 Kenton County deputies, Covington police, firefighters, FBI agents and United States postal inspectors responded Wednesday afternoon to a report of a suspicious package at the Diocese of Covington’s Madison Avenue chancery. Although the scene was clear by 7 p.m., investigators said they would continue to evaluate the threat. The package had arrived in the mail and was not explosive, Covington Sgt. Joshua Haggard said. 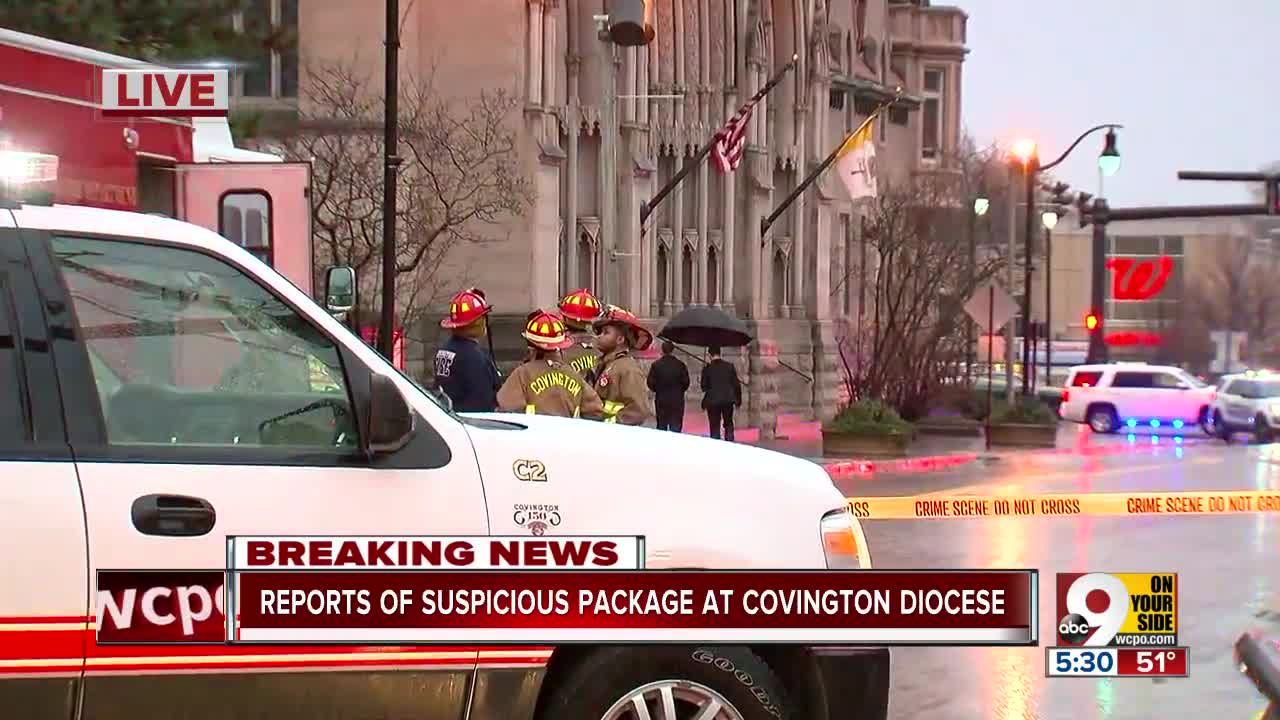 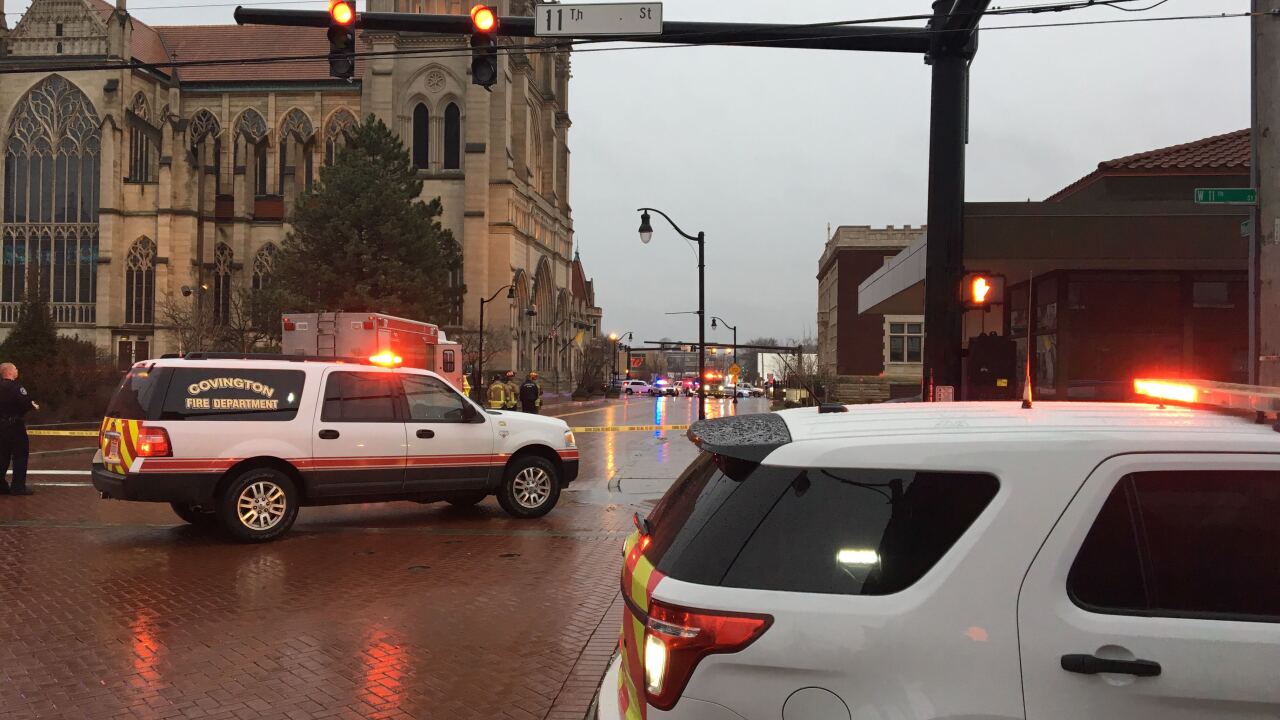 Although the scene was clear by 7 p.m., investigators said they would continue to evaluate the threat. The package had arrived in the mail and was not explosive, Covington Sgt. Joshua Haggard said.

The diocese is affiliated with Covington Catholic High School, the nearby all-male private school that became the center of online controversy after a recorded interaction among a group of the school's students, Native American activists and a fringe religious group known as the Black Hebrew Israelites.

The first clips of the incident showed a Covington Catholic student, Nicholas Sandmann, standing close to drumming Native American elder Nathan Phillips and smiling. Online, his expression combined with his "Make America Great Again" hat made him an emblem of oppressive privilege; the students behind him, who sang along with Phillips' traditional chanting and performed a "tomahawk" hand gesture, were similarly chastised.

Additional videos of the encounter and interviews with people involved revealed a slightly more complex picture: Phillips had stepped between the group of boys and the Black Hebrew Israelites, who shouted racist and homophobic insults at both the native activists and the Covington students, in an attempt to defuse the situation.

In a statement released by the PR firm his parents hired to represent him, Sandmann claimed he had been confused, scared and smiling in an attempt to present a friendly face.

By Monday, the incident had become a national flashpoint — an Escherian landscape of symbols in which any viewer could find a message that affirmed their existing political views, depending on how they looked at it.

Covington Catholic and the Diocese of Covington received numerous threats in the following days, prompting the school to cancel classes Tuesday. They resumed Wednesday with police stationed around the building.