Latonia Lakes neighbors fought to fix their roads, but Erlanger says they still can't get mail at home 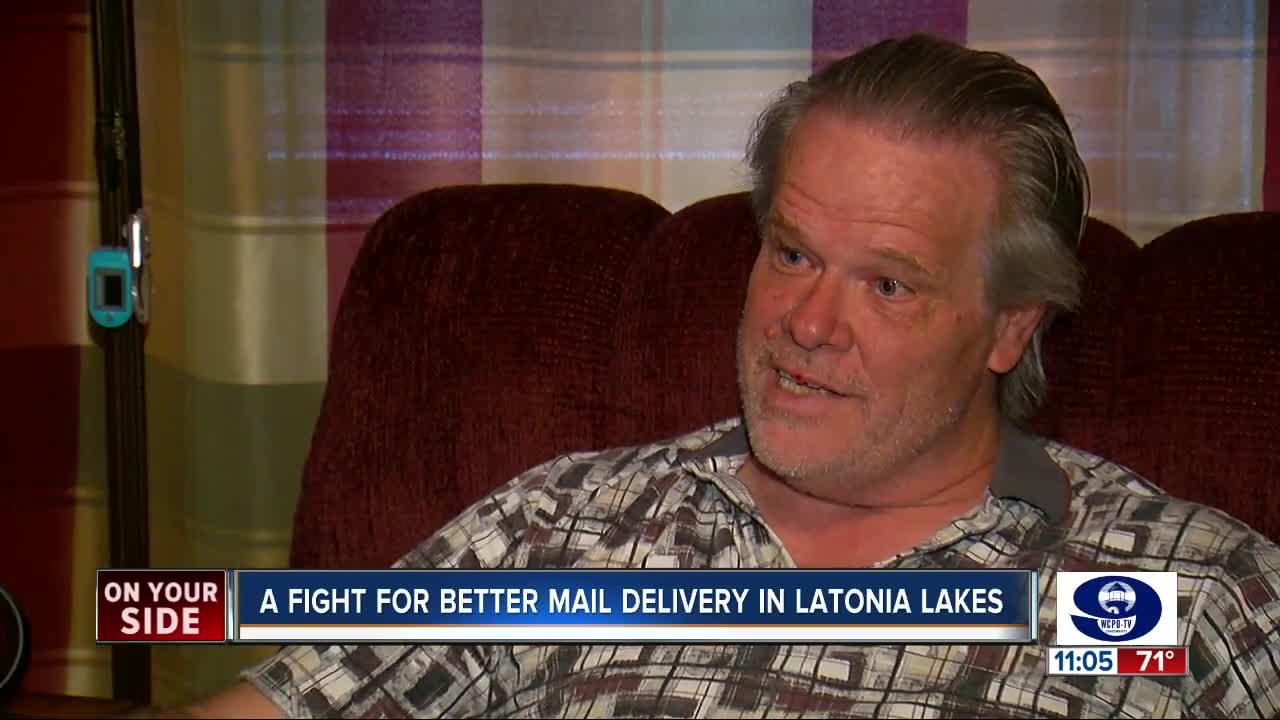 Picture this: Your mailbox is 100 yards from your home on a street with no sidewalk. Very little of the mail inside is for you. When you pick it up, you're never sure if you're getting everything or if someone has already rifled through it.

ERLANGER, Ky. — On Club House Drive in Latonia Lakes, Jamie Tweheus enjoys a small luxury that many of her neighbors don’t: Her mailbox is directly in front of her home. She doesn’t have to walk uphill to a communal cluster of boxes, where her deliveries may or may not be waiting in the right spot, or call around asking neighbors if they’ve gotten her package by mistake.

Stacey Holthaus does. Mail delivery and collection in their neighborhood has been a problem since she moved there in 2012, she said. Sometimes, her husband will discover only one letter in their full mailbox was actually addressed to the Holthaus family.

“We write checks and we have to go to the post office to mail our checks because there’s no way we’d put them in the mailbox,” she said. “No way.”

Tweheus and Holthaus both said the problem used to be the roads, which were in such poor condition that snowplows and garbage trucks refused to service them.

Those have mostly been fixed, and the roads have been repaved thanks to neighbors’ pleas, but the mail issue persists. Carriers still claim the side streets are too dangerous to deliver mail to individual houses, so cluster boxes on Club House will have to do.

She’s been investigating on her own, hoping for a citizen-led push for change like the one that helped fix their roads. Her quest has taken her all the way to the office of Sen. Mitch McConnell, where she said a representative who tried to help her got the same answer from Erlanger officials: The roads are just too bad.

The proof they provided, according to Tweheus, was a 10-year-old, pre-repair picture from Google Earth.

The frustration has only strengthened her determination to change officials’ minds and get every home in her neighborhood an individual mailbox.

In a bitter twist of irony, she said, mail carriers’ insistence that the roads are dangerous occasionally makes mail collection more dangerous for people who live in Latonia Lakes.

“An elderly gentleman on Fair Valley, I think it was two weeks ago, he was walking to get his mail — he’s diabetic — and he fell,” she said. “When he was asked, ‘What are you doing up this far? Why didn’t you ask for help? What are you doing out walking?’ He goes, ‘I needed my mail. My medicine was in there.’”