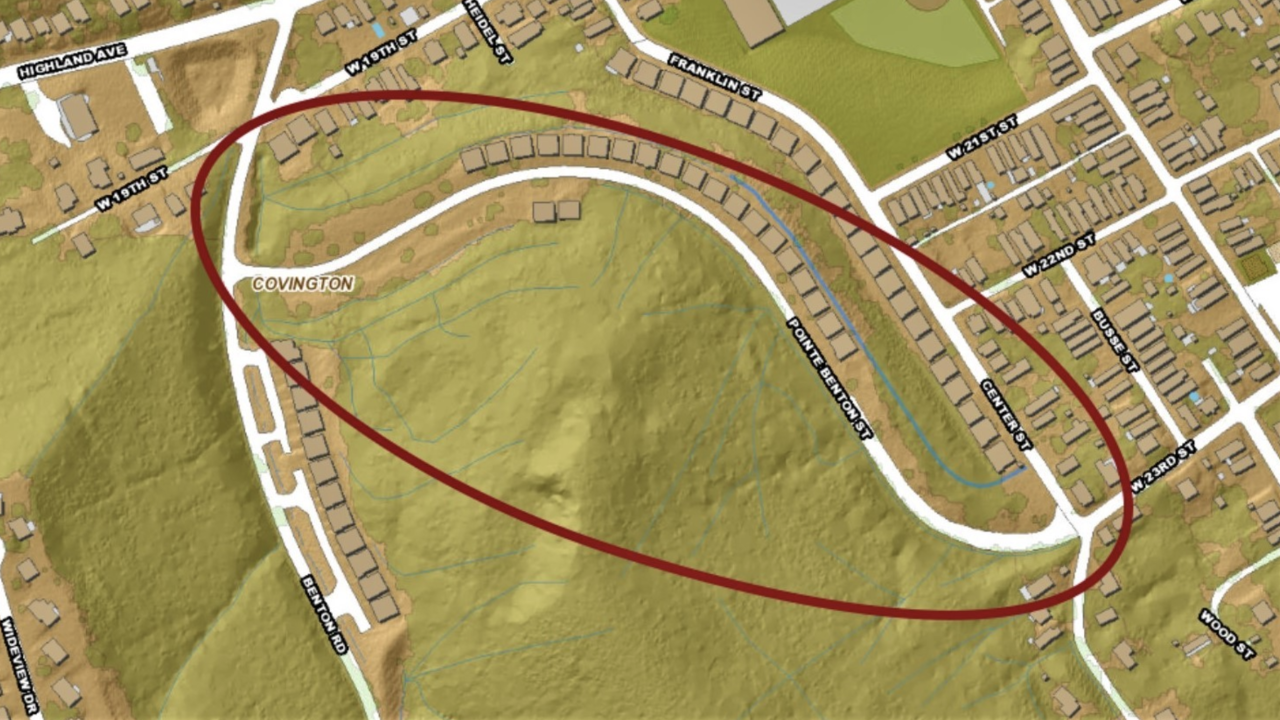 Photo provided by City of Covington

COVINGTON, Ky. -- A multi-million dollar storm sewer project that has been a decade in the making cleared its last financial hurdle this week.

The project will help alleviate sewer backups and flooding in Covington’s Peaselburg neighborhood.

The news comes days after heavy downpours caused flooding and sewer backups in the area, especially to residents who live on Euclid Street.

City officials recently learned Covington was awarded a $412,500 federal grant they had applied for in 2016.

The board of Sanitation District No. 1 of Northern Kentucky, which manages storm water drainage in Covington, agreed on Tuesday to pay the required local match of $137,500 to activate the grant. That decision clears the project to move forward. The board also agreed to pay about $100,000 for design work.

City Manager David Johnston said the cost is indicative of the complexity of a project as massive as correcting storm drainage.

"Consider that this is just one phase of a large project that would help one neighborhood, and it took three years just to obtain the funding,” Johnston said in a statement.

Crews will build the detention basins on either end of Pointe Benton Lane; one basin will be placed near where Benton Road runs down from the Monte Casino neighborhood into Highland Avenue.

City and SD1 officials have to draw up documents and agreements related to the project. Once a consultant draws up an engineer's plans, city officials will find a contractor to build the project. Construction is expected to begin in 2020.

David said officials want the design to be able to accommodate the biggest basins that will collect the most water.

"We wish we could start tomorrow, but the unfortunate reality is that projects of this size and complexity simply take time," Davis said in a statement.