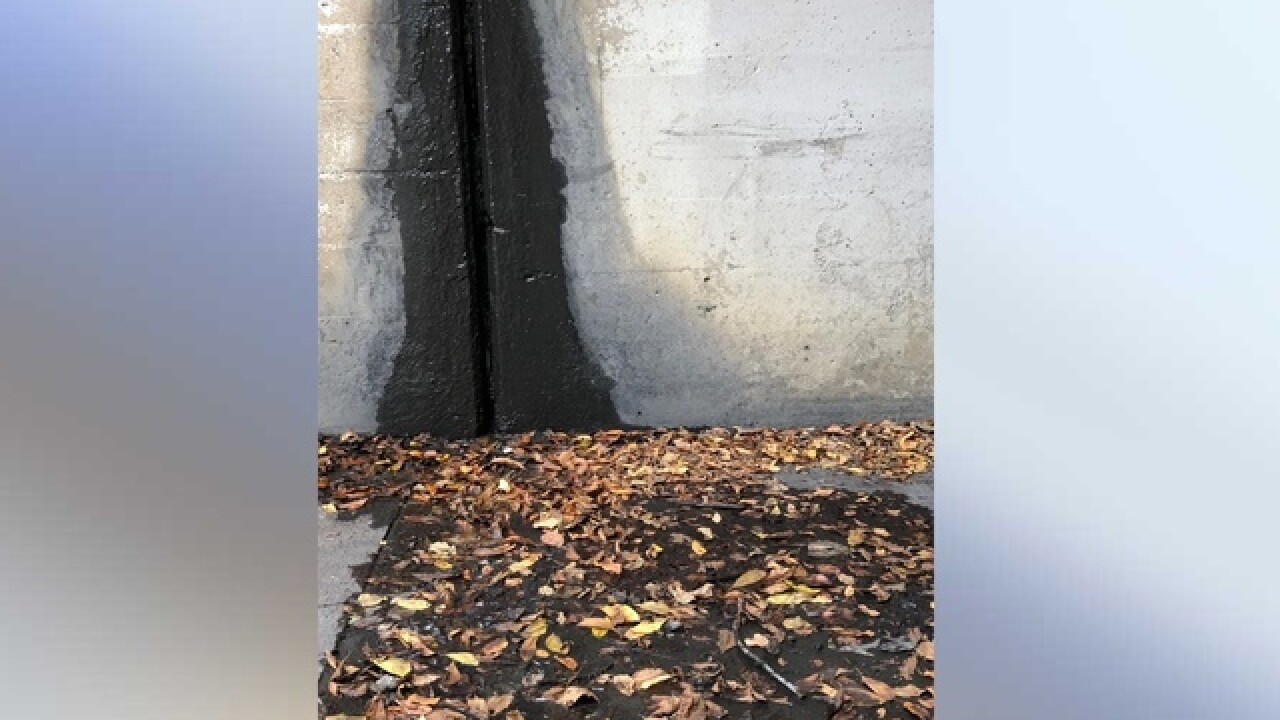 Copyright 2018 Scripps Media, Inc. All rights reserved. This material may not be published, broadcast, rewritten, or redistributed.
City of Covington
<p>Seepage on the sidewalk under the Caroline Avenue underpass in Latonia.</p>

COVINGTON, Ky. -- Residents who take walks through one part of the Latonia neighborhood won’t have to walk through sludge any longer!

On Tuesday, the Covington City Commission approved a contract to prevent seepage onto the sidewalk under the Caroline Avenue underpass, according to a City of Covington spokesperson.

According to the city, the seepage covering the sidewalk is “slippery, unsightly, smells bad, and is causing problems for pedestrians.”

Even during stretches of dry weather, the seams of the underpass leak water and mud onto the southwest side of the sidewalk, according to a release from the city.

The city commission approved a $102,690 contract with Sunesis Construction of West Chester to prevent puddles of “greenish-colored mud” from building up.

Covington’s Public Works Director Rick Davis said Sunesis will drill vertical shafts behind the wall to collect rain. Those shafts will be connected under the sidewalk to the storm water drainage system.

“It’ll be a quick project, taking a couple of weeks at most, assuming good weather,” Davis said in a written statement.

Davis said Public Works and Sunesis will meet soon to complete a construction schedule. One lane is expected to remain open during the project.

The Caroline underpass was built in 1931, according to the Covington spokesperson. They said the seepage project is unrelated to a 2013 incident in which the walls of the underpass started to collapse.

“This is more a ‘preventive maintenance’ project,” Davis said. “We need to rid the sidewalk of that seepage.”