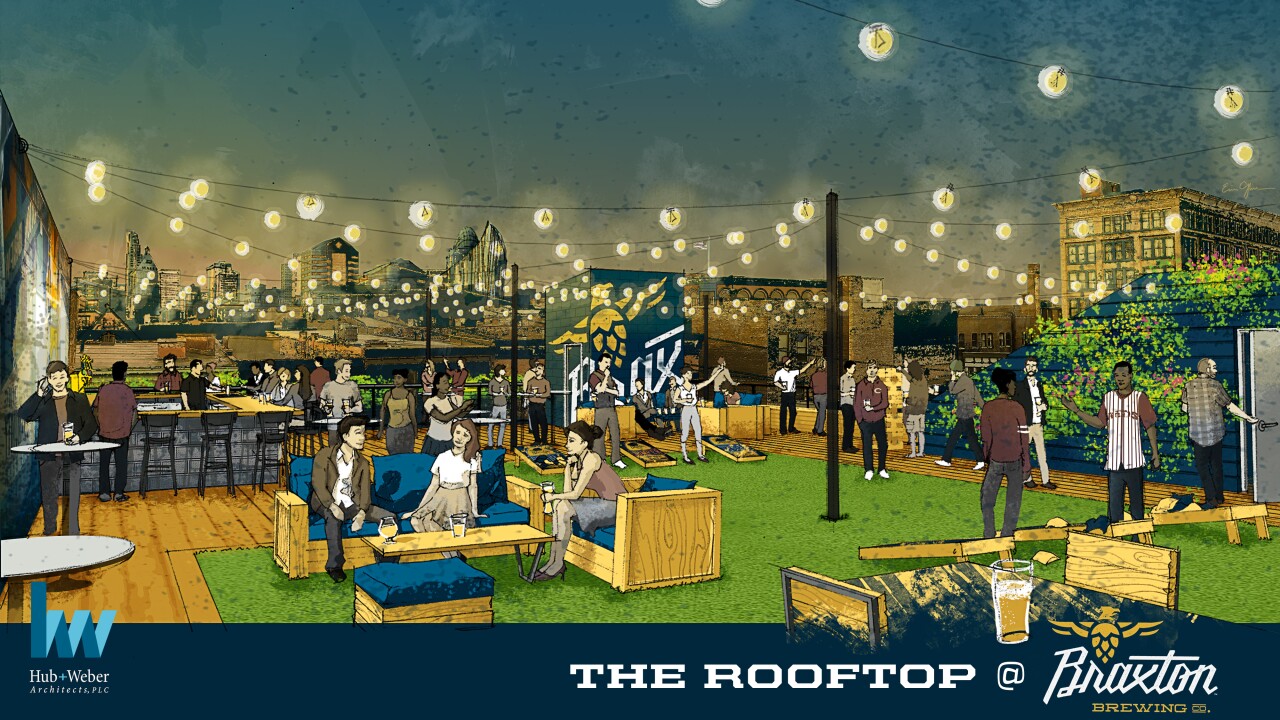 COVINGTON, Ky. -- The wait is finally over.

Covington-based Braxton Brewing Co. will open its $5 million rooftop on July 20. The grand opening will also serve as the brewery’s four-year anniversary party. Braxton announced the Rooftop would be coming to Covington in early January.

The 5,000-square foot rooftop will feature views of Covington and Cincinnati, 20 beers on tap and an expanded cocktail menu. The Rooftop also has the largest living wall in the midwest (supposedly folks at Braxton checked this).

RELATED: These new rooftop bars and patios are perfect for summer sipping

The Rooftop will increase production to 30,000 barrels, which will allow Braxton’s craft beer to reach more people in Tennessee and Ohio.

CEO and co-founder Jake Rouse said the past four years have been “the ride of a lifetime.”

“We’ve built a brewery focused on innovation and approachability, without compromising who we are,” Rouse said in a statement. “The addition of a rooftop bar at headquarters in Covington will take Braxton to new heights, and we can’t wait to share this experience with you on July 20th!”

The grand opening/anniversary party will take place on all three levels of the taproom. Braxton will release a special edition beer called “Yesterday’s Headlines Vol. 4.”

Click here for more information on the grand opening celebration.