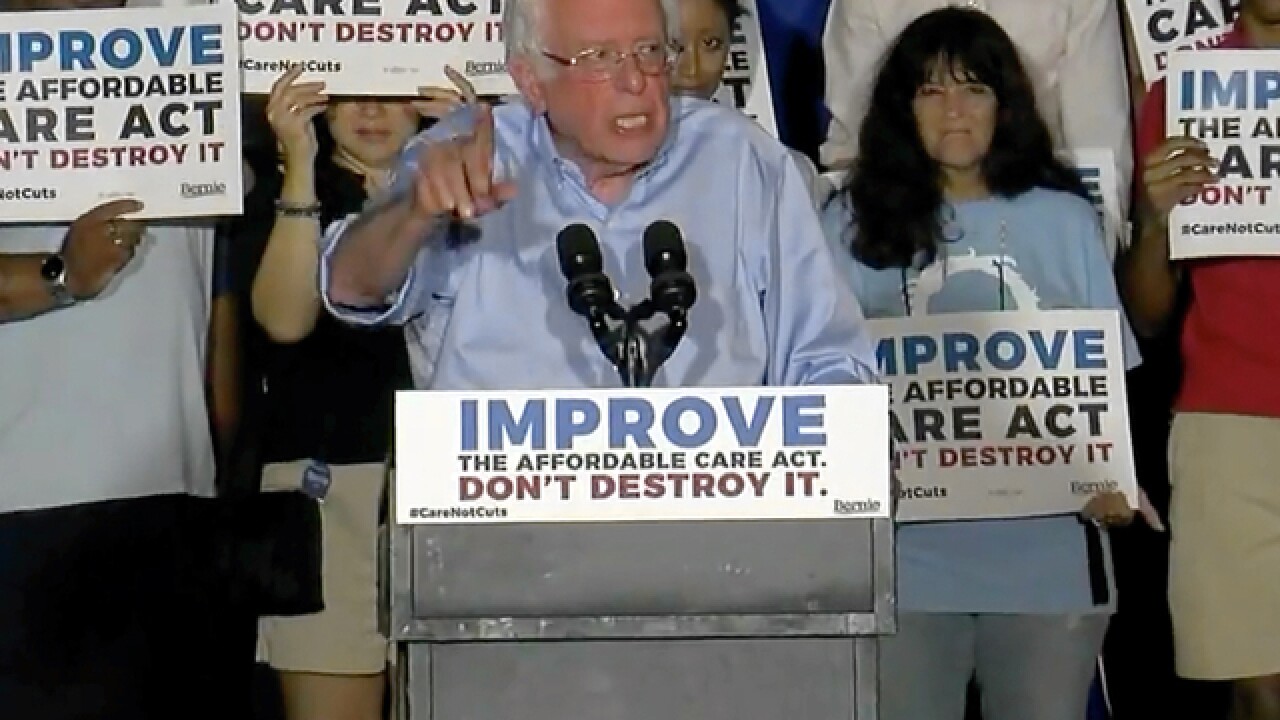 Sanders, a former presidential candidate and longtime proponent of universal health care, will speak at the Northern Kentucky Convention Center to voice his opposition to Republicans' controversial health care overhaul and call on McConnell to rescind his support of the plan.

However, it's faced fierce opposition from Democrats, constituents and even Republican legislators who feel it either goes too far or not far enough in its cost-slashing reforms. (Gov. John Kasich is in the former camp; Kentucky Rep. Thomas Massie is in the latter.) The Congressional Budget Office estimated it would leave 22 million Americans uninsured by 2027.

The Washington Post reported June 28 that McConnell, a Republican, was struggling to create a version of the bill that could satisfy enough of his colleagues to stand a chance of being passed. Sanders, meanwhile, called the BCRA "barbaric."