Living in a murder house: Hamilton mom copes with her home's dark past 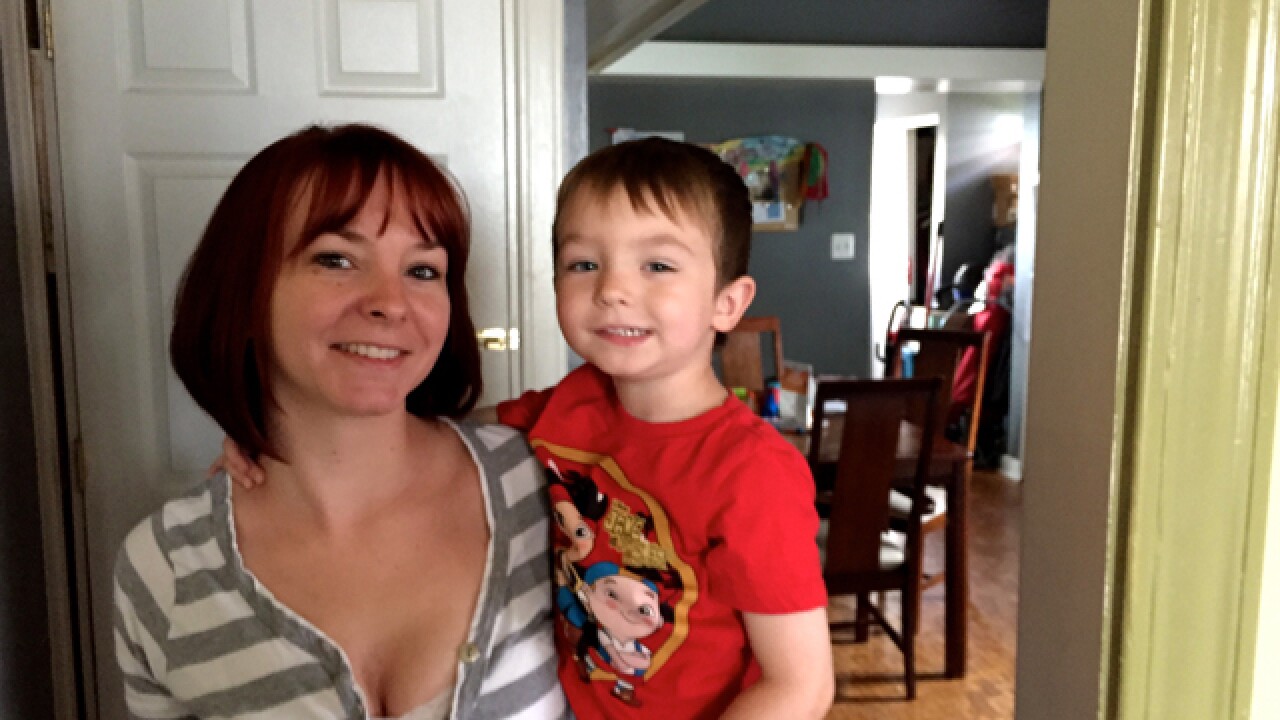 &lt;p&gt;Cinammon Baker and her 4-year-old son Jackson pose near her kitchen where six people were shot to death in 1975.&lt;/p&gt; 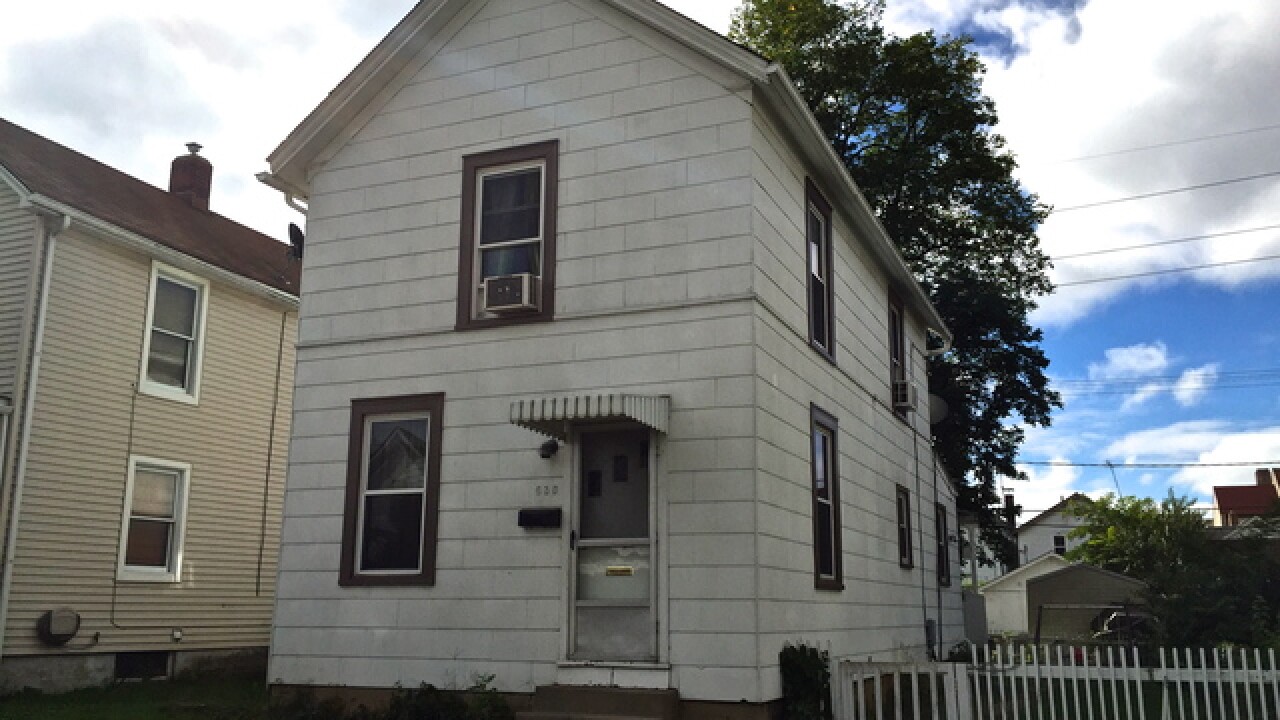 HAMILTON, Ohio – Almost every day, a car passes the house at 635 Minor Ave. in Hamilton and stops.

Some people point. Some just cruise on by. Others get out and knock on the door, asking Cinnamon Baker the same question:

“Do you know what happened in your home?”

Baker, 29, didn’t always know the answer. She was closing on the house in 2008 when she said her boyfriend’s co-worker asked about a man named James Ruppert.

He sounded familiar, so she looked him up on Google.

The first result was “635 Minor Avenue.”

This is what she learned:

James Ruppert sat on his bed on Easter Sunday in 1975 and gazed at his prized possessions.

A gun enthusiast and crack marksman, the 40-year-old methodically loaded his .357 Magnum, two .22 caliber handguns and an 18-shot rifle.

At 6 p.m., he opened his bedroom door and peered down the stairs to the kitchen. He could hear the giggling of his eight nieces and nephews. He could smell the Sloppy Joes his mother was heating on the skillet.

With his rifle on his back and his revolvers tucked in his belt, he descended the stairs.

When he reached the kitchen, James propped his rifle against the refrigerator and slowly raised his .357 Magnum.

The first shot punched a hole through his brother’s skull.

Like target practice, his hands steady, James jerked right and blew away his sister-in-law Alma next. He then sent bullets into his mother’s chest and head as she lunged toward him.

Three more squeezes of the trigger. First David, 11, then Teresa, 9, and Carol, 13. Blood soaked the floor.

James rounded the corner. One by one, Uncle Jimmy plinked shots at his five remaining nieces and nephews scrambling in the living room: Leonard III, 17, Michael, 16, Thomas, 15, Ann, 12 and John, 4. The entire slaughter took less than five minutes.

James sat on his mother’s couch and waited three hours before he dialed 911.

With a soft voice he told the emergency operator:

"There’s been a shooting.”

Cinnamon Baker said she couldn’t believe what she saw online: Photos of the home she was days away from buying, and headline after headline about the “Easter Sunday Massacre.”

But instead of running the other way, she wanted another look.

“They had to fix something in the basement before we closed on the home, so we had to go back there anyway to check on it,” Baker said. “So I said, ‘Let’s go back and see how we feel.’”

Her next visit went well. There were no bullet holes, no strange odors.

The home was like any home; it had a history.

“This one just happened to have a history everyone knew about,” she said.

It wasn’t until after she signed the contract and moved in that Baker noticed the floorboards.

In an interview with the Cincinnati Post in 1975, Butler County Prosecutor John Holcomb called the shooting scene “carnage.”

“It was so bad that when I went into the basement, you had to be careful because the blood would seep through the floorboards and it would drip on you,” he said.

Those drips created stains – and they’re still there, Baker said.

“It’s just proof that it happened,” she said. “If I stop and think about it, sure it’s creepy and scary. But it doesn’t make me feel any less safe being here.”

It doesn’t bother Baker that six people were murdered where her two kids – ages 9 and 4 – now eat breakfast in the morning.

She’s not fazed that five children were shot to death where she sits to watch television before bed each night.

Baker said she’s not even mad at her real estate agent.

According to Strauss Troy Attorney Brett Renzenbrink, no laws were broken when Baker’s agent didn’t tell her about the home’s notoriety.

If a house was the scene of a homicide, the state categorizes that information as a “psychological stigma” – meaning a real estate agent doesn’t need to tell you about it.

“The Ohio Code states that psychological stigmas are not material fact, and therefore do not need to be disclosed,” Renzenbrink said.

If Baker had asked her real estate agent about the murders, the law would require the agent to tell her the truth.

It was that truth that cost Denis Snyder thousands.

Snyder, 73, owned the home at 635 Minor Ave. for 19 years before he sold it to Baker. But she wasn’t his first interested buyer.

“When I was trying to sell the damn home, one of my neighbors killed a deal that people had their name on for a decent price,” Snyder said. “That neighbor cost me about 10 grand running his jaw.”

It turns out, most people don’t want to live in a house where someone was killed – let alone an entire family on a quiet Easter Sunday.

Snyder said he never quite understood why.

“It’s just like driving down the street. Do you avoid an intersection because somebody got run over there? It’s just a building that something happened in,” Snyder said. “To me, it doesn’t matter. I don’t believe in the occult and all that hogwash.”

Snyder calls ghost stories and hauntings silly. From the day he bought the home in 1989 to the day he left, he didn’t experience flickering lights, cold spots, eerie sounds or anything logic couldn’t explain.

Yet the questions came, as did unannounced visits by curious passersby.

Five teen girls once knocked on his door, but they weren’t selling Girl Scout cookies – they were looking for bullet holes, he said.

“Their teacher had told them about 635 and what went on and suggested they come to the house and see if they could go through and find bullet holes in the wall,” Snyder said. “I was very polite to the young ladies because they were kids and impressionable. I let them know in very polite language that they should ‘get the hell out of here and don’t bother me no more.’”

Paranormal investigators also tried to get in the home for years, Snyder said. He always told them no.

Cinnamon Baker has denied them access too, despite being curious.

“I want to know if there’s a presence here, but if they hear something that says, “Get out,” I don’t have anywhere else to sleep tonight,” she said. “I’d still have to stay here and now I’d know they’re angry.”

If ghosts did exist in her home, they’ve had ample opportunities to show themselves, Baker said. Her first Friday night sleeping at 635 Minor Ave. in 2008 was Halloween.

“I was basically setting myself up for something,” she said. “But nothing. Absolutely nothing.”

There is something, however, that does scare Baker: James Ruppert.

James, who is serving two life sentences, was up for parole in 2015. The 80-year-old denied requests for interviews.