Commissioner: Half the county is a 'dead zone' 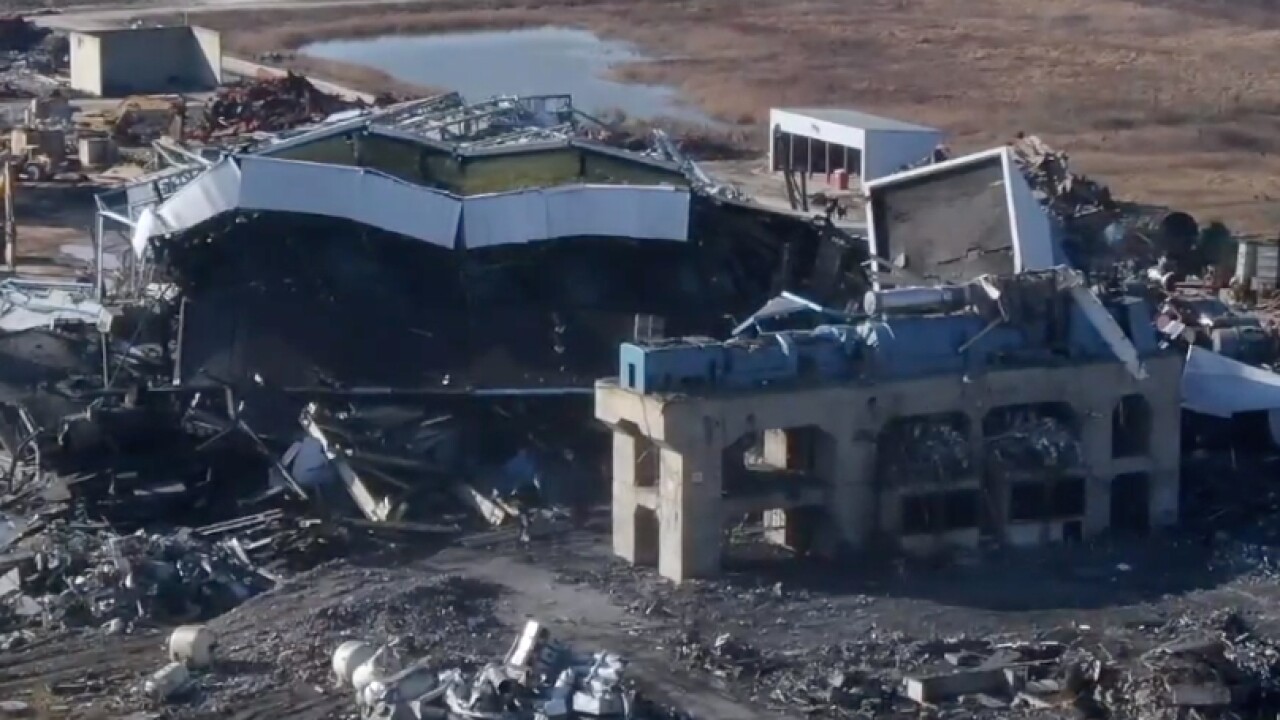 Copyright 2021 Scripps Media, Inc. All rights reserved. This material may not be published, broadcast, rewritten, or redistributed.
Dwayne Slavey | WCPO
Sky 9 surveys the scene of a building collapse at the Killen Generating Station near Manchester, Ohio, Dec. 9, 2020.

MANCHESTER, Ohio — Some first responders reported problems communicating with each other on radios and cell phones during the urgent effort to find and free workers trapped inside a collapsed building at the shutdown Killen Generating Station in Manchester.

The building is part of a massive demolition project.

"None of us have any internet back here. No cell service," a local firefighter responded on Wednesday afternoon to a call on the Adams County radio communications channel. "I'm having a hard time copying you. Just a second. We're almost to you."

Adams County Commissioner Ty Pell said about half of Adams County is in a 'dead zone' for either internet or cell phones, and in some areas first responders can't communicate on their recently upgraded radios.

"Our concern is that with the service that we've got it could cost someone their life," Pell said.

The Hamilton County Search and Rescue Team, also known as USAR, which had team members in the collapsed building, didn't experience communication breakdowns, according to USAR Commissioner Tom Lakamp.

Lakamp is the assistant chief in charge of operations for Cincinnati Fire and Emergency Services.

Lakamp said USAR used the statewide MARCS radio system and was able to communicate with search and rescue teams from Columbus and Butler County on the network.

In addition, Lakamp said USAR takes a repeater with them that allows the search and rescue team to communicate on low-band radios.

The cell phone service was "really poor" at the Killen site, according to Lakamp, but he said it didn't hurt the effort to find and rescue the trapped workers.

The biggest problem with coverage lies in the more rugged and isolated areas, according to Adams County Sheriff Kimmy Rogers.

"We had a shooting here a couple of weeks ago," Rogers said. "(Deputies) were out of cell service."

Rogers said deputies aren't able to use their radios in some areas.

The WCPO 9 I-Team has investigated the impact of 'dead zones' on first responders for years.

Improved technology has helped in many areas, including Northern Kentucky, but many rural communities still lack the investment needed to eliminate more of the dead zones.

"We deal with this on a daily basis," Pell said. "Fire and EMS, they deal with it daily."