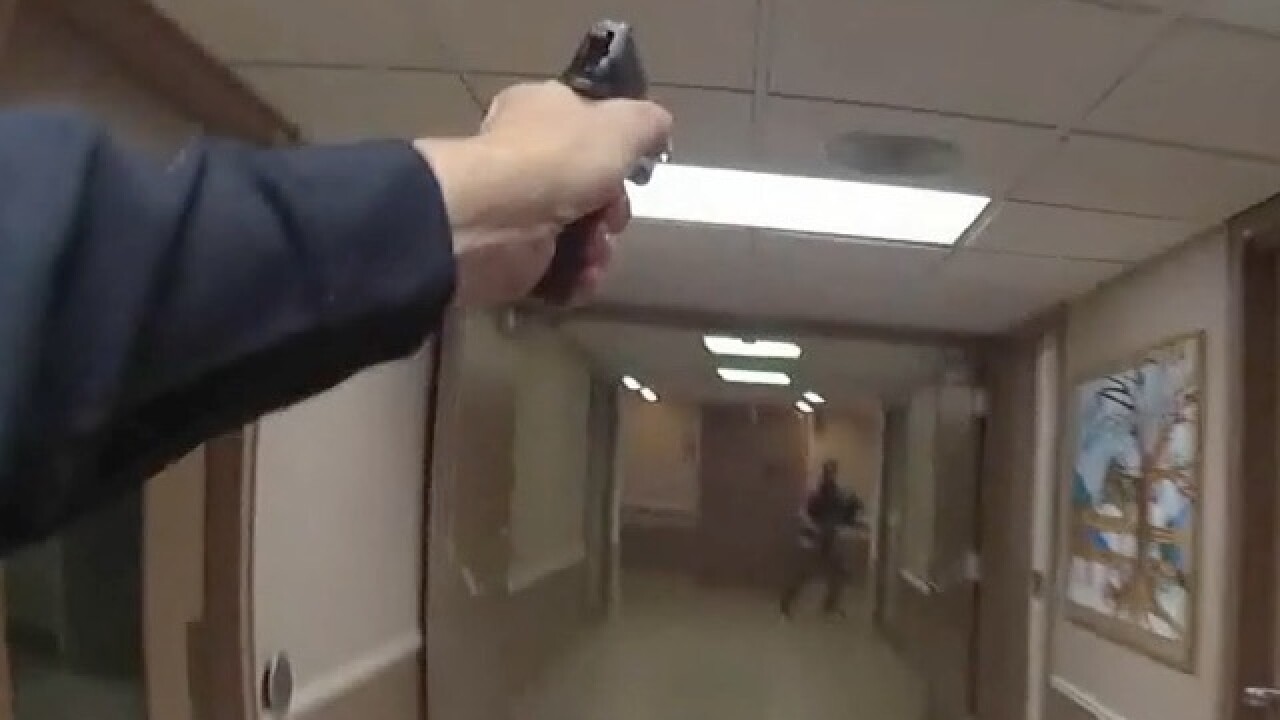 Covington police and firefighters have the same problem.

Northern Kentucky’s emergency communications network is plagued by dead zones that police and firefighters say put them -- and the public -- at greater risk.

In January 2017, Covington police searched for Luke Gamble in the Providence Pavilion nursing home. Gamble was suspected of holding a young boy hostage while threatening to shoot employees. He ran from police.

Body camera footage revealed one officer apparently was unable to speak directly to another officer so he could warn him Gamble was on the way.

Covington Police Chief Robert Nader is one of the officers who entered the building and pursued the suspect. He told the I-Team he couldn't remember the specific communication problem, but he emphasized that officers are made aware of these issues during first-year field training, and prepare for it.

Gamble was charged with wanton endangerment and is now back in jail on a parole violation.

A 2015 consultant's report, paid for by Kenton County, revealed most buildings in the county have poor radio reception. That makes it difficult, and at times impossible, for officers to communicate with 911, or even with other first responders outside the building.

Ludlow Police Chief Scott Smith told us radio reception in his community is even worse. Officers inside even a normal-sized home sometimes can't talk to their partners outside, he said.

"My response to anyone who says there's not a critical enough need is there never is, until something goes horribly wrong," Smith said.

"In this case we were lucky: The sprinklers worked. They put the fire out before we got there," Foster said.

For many years, Campbell and Boone counties have experienced similar problems.

Nate Hargett, a 911 shift supervisor for Boone County, said he recently had trouble communicating with an officer on Interstate 71 who was pursuing a suspect believed to have a gun.

"It's nerve-wracking already," Hargett said. "When you don't have that communication back and forth, it's even worse because if they are trying to call out for help, you can't get it to them because you don't know."

The 2015 consultant's report noted "failures are becoming more frequent" in the outdated system and that "outages are common during rain events." It warned the communications tower in Devou Park was in "poor physical condition" and had "obvious structural issues."

A tree fell on the Devou Park tower, so it was demolished last August -- two and a half years after the report.

"When the tower was taken down here in Devou Park, there was a transition period where for several days, there was no communications -- where we had zero communication with 911," Smith said.

A few months before that, Boone, Kenton and Campbell counties had agreed to build a combined $20 million emergency communications system that will significantly improve coverage, and eliminate dead zones in dozens of buildings. It's expected to be finished within a year.

"It's going to have resiliency, redundancy -- all these things that are lacking, we're going to be able to make happen with the new system," said Tommy Thompson, Kenton County's executive director of emergency communications.

Thompson asked the Kentucky Department of Homeland Security to pay for hundreds of portable radios for first responders to ease the financial burden of the new system on local communities.

Homeland Security rejected the $1.4 million grant request. Then, rejected a second request for less than half that.

Thompson said he was not told why. In an email, Mike Sunseri, the state's Homeland Security Deputy Executive Director, declined to be interviewed and refused to explain why the office didn't approve either of Kenton County's requests.

If cities have to pay for the equipment themselves, Smith said the money often isn't there. Portable radios for the new communications system will cost his small department about $90,000 -- nearly the entire operations budget for a year.

"It's a big hit to the Ludlow community," he said.

There’s currently no funding at the state level, either: Kentucky's Homeland Security grant program has seen a 90 percent cut over the past 12 years. In 2005, the state awarded $23 million to local communities. Last year, it provided $2.8 million.

Jim Staverman, director of Boone County's Public Safety Communications Center, said the burden will grow on many local communities, including many who cannot afford it.

"It makes it very difficult for the agencies," Staverman said. "We don't have any other options anymore."