Some residents are worried about coal fly ash 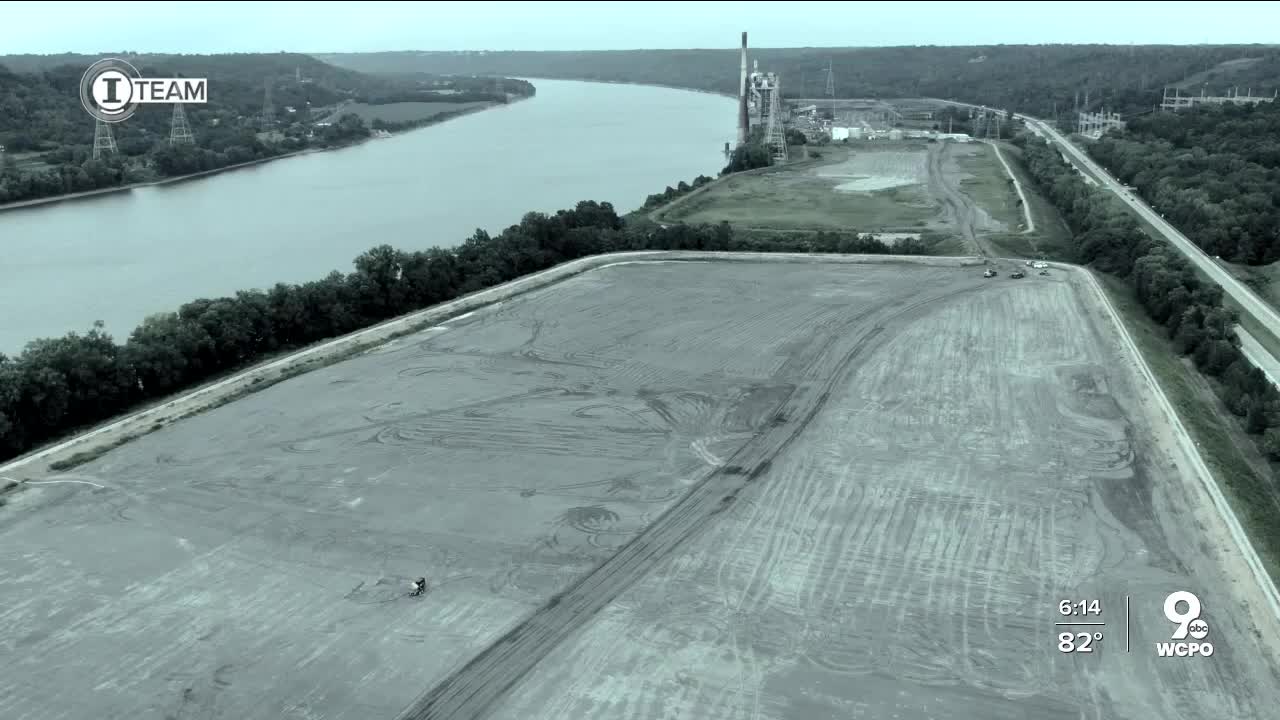 Two New Richmond residents who filed complaints with the Ohio EPA and Southwest Ohio Air Quality Agency this summer over brown clouds of dust that have been kicked up during periods of high wind. 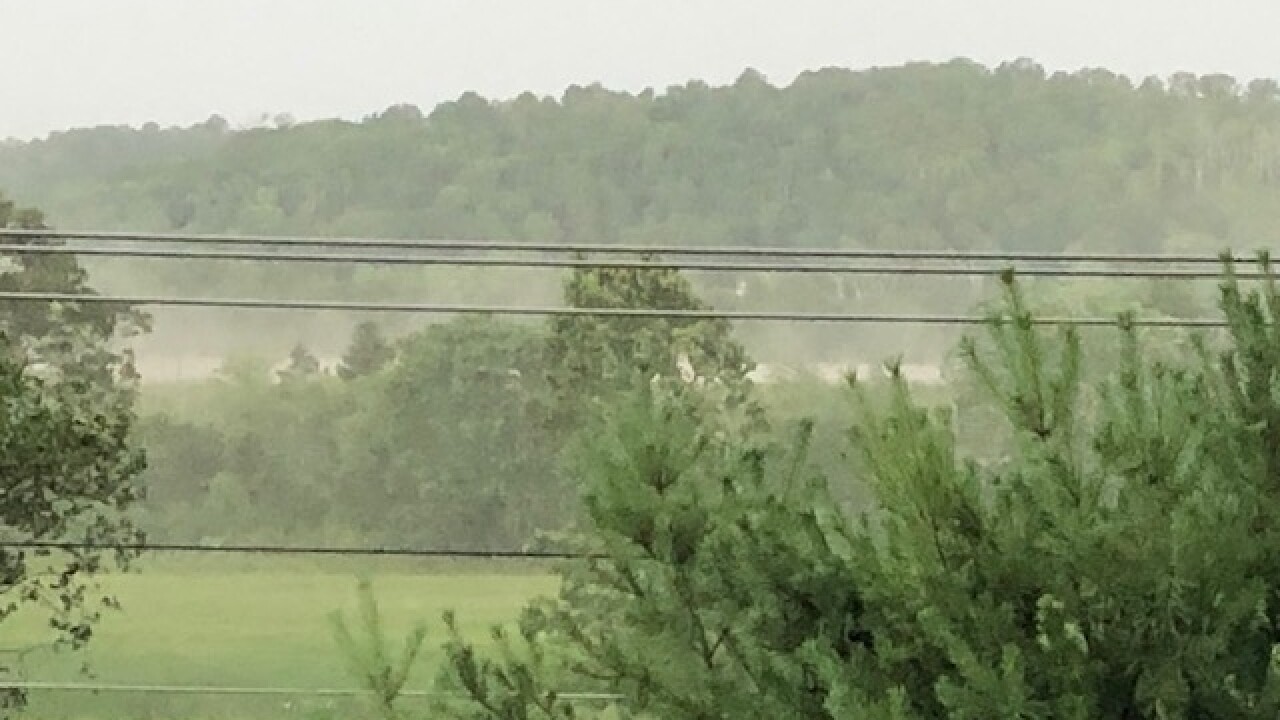 NEW RICHMOND — Jonathan Zimmerman and his 12-year-old son, Aiden, were driving to their New Richmond home on Sunday afternoon July 19 when a strange brown cloud blew over U.S. 52 like fog.

Behind them a thunderstorm was brewing and he saw lightning and wind.

“At first I thought it might have been rain and then I’m like, that’s not rain … It was a big dust cloud you could barely see the road,” Zimmerman said. “You could not see the traffic lights.”

Zimmerman pulled his car over and while his son took video footage, he called the Southwest Ohio Air Quality Agency (SOAQA).

“I just knew it was a bad situation,” said Zimmerman, who is an environmental and safety professional. “I said, 'I’m pretty sure it’s coming from the pond ash pits over here.'”

Zimmerman is one of two residents who filed complaints with the Ohio EPA and Southwest Ohio Air Quality Agency this summer over brown clouds of dust that have been kicked up during periods of high wind. The agencies say they are looking into and monitoring it.

Duke Energy sold the 1,400-acre site of the former Walter C. Beckjord power plant to a Missouri company – Commercial Liability Partners (CLP) – in 2018. Once CLP finishes remediating the site, it plans to build an industrial park and port terminal, which is marketed on its website as Progress Point.

Local leaders are hopeful Progress Point revitalizes a community that lost jobs and millions in tax revenue when Duke closed the Beckjord plant in 2014. Built in the 1950s as a coal-burning plant, it pumped electricity to hundreds of thousands of homes and businesses across Southwest Ohio for decades.

“Beckjord was here for a long time and we depended on it heavily,” said Clermont County Commissioner Dave Painter. “I want to see a remediation project that’s done correctly and it ends up with a site that we can reindustrialize and that we can create jobs on.”

While environmental field inspectors have been on the Beckjord site twice and not found any violations, residents say they are worried about the material they’ve been breathing this summer, especially during a pandemic.

Fly ash is the by-product of coal that is burned to produce electricity. According to the EPA, the powdery substance may contain low levels of radioactivity and contaminants such as mercury, cadmium and arsenic

“When this stuff blows around it is definitely not something that you want to be breathing,” said environmental lawyer Dave Altman.

NOPE filed the suit on Dec. 31 in the Clermont County Court of Common Pleas accusing the power plant’s new owners of violating a 1986 agreement to inform the public about contaminated waste disposal.

In recent court filings Altman accused CLP of “stonewalling” by refusing to turn over documents related to the remediation, despite an agreement that allegedly gives NOPE a right to know ahead of time when fly ash is being moved.

“New public information has revealed that the previously buried fly ash (highly toxic) is being unearthed and disposed of into the surrounding community. The environmental impact of the accumulations of fly ash and its relocation is substantial,” Altman wrote in an Aug. 18 filing.

CLP declined an interview for this story, and didn’t answer some questions in email. A spokesperson did provide a statement, which says in part:

“Our team remains focused on ensuring minimal disruption to the community as we continue with the cleanup of the former Beckjord property. We have followed EPA-recommended best management practices to minimize any negative effect on air quality from the site and continue to monitor all activity at the site closely. Since we learned of questions last month from residents, we have been working with the Southwest Ohio Air Quality Agency (SOAQA) to implement additional measures to address any concerns regarding dust from the property.”

WCPO also asked about what remediation was occurring on site, what materials were contained in the dust clouds and if it was dangerous to the public. WCPO did not receive a response to those questions.

But agency reports show field inspectors did not arrive on site until one to two days after residents complained, and by then, no emissions were visible.

“When there’s an air nuisance complaint, it takes a day or two for somebody to get out there,” Altman said. “Three hours later, two hours later the wind has shifted … The conditions aren’t there anymore.”

Landry said the agency has not received any new complaints since CLP enacted a compliance plan after the July 19 dust cloud that Zimmerman reported.

Tom Belmont Jr. lives across the street from what is known as Pond C and its extension pond on the former Beckjord site. That is one of the four man-made ponds along the Ohio River where the Ohio EPA estimates 10 billion pounds of coal ash are stored.

From his front porch, Belmont said he can see trucks hauling in fly ash from northern ponds and dumping it in large piles on the southern end of the site, closer to New Richmond.

He’s complained three times to the Ohio EPA and Southwest Ohio Air Quality Agency in June and July about fly ash blowing into dust clouds and covering his home during periods of high wind. Reports from SOAQA confirm his complaints.

“You could actually feel it. It gets on you, it kind of makes you itch,” Belmont said. “It’s a caustic material, too. It causes things to rust and deteriorate.”

In the mornings Belmont said he sometimes finds what appears to be fly ash covering his car that was blown in by overnight winds.

"Nobody has really given us any information as to why they're moving it, why it's being exposed, what are they going to do to keep us out of the way of this stuff blowing around,” Belmont said.

Reports obtained by WCPO from the Southwest Ohio Air Quality Agency reveal some of the work being done.

“There are multiple ponds at the site that are being consolidated. Pond A will be removed by the end of the year. All ponds recognized as C will be completed by summer of 2022 … an ash management plan is being finalized and will be shared with the agency,” a field inspector wrote on Aug. 10.

Clermont County has hired a lawyer get access to the remediation plan, which also contains information about ground water and wells, Painter said.

“We would like to have the opportunity to review any remediation plans that they put forward to the Environmental Protection Agency and have a say,” Painter said. “I want to make sure not only is the water kept safe, but … these dusting conditions are mitigated.”

Painter wants to ensure that the county’s wells located on the former Beckjord site, which provide drinking water to 46,000 residents, aren’t in danger of contamination.

Pierce Township Trustee Allan Freeman said township leaders have been reaching out to CLP for a public meeting to talk about the dust clouds and other issues but haven’t been able get one.

CLP did not respond to several questions from WCPO about a potential public meeting.

During an interview with WCPO, Painter said he will call the owner of CLP and ask for a public meeting so that residents can understand what is happening on the site and hopefully transparency calms their worries.

But Belmont isn’t so sure.

“Sometimes I think people wave things off because they’re more concerned about the ability to develop the property than they are about the effect that they’re going to have on the community in general,” Belmont said. “We’re going to bring development in … but at what cost?”