Macy's to close corporate headquarters in Cincinnati in massive restructuring 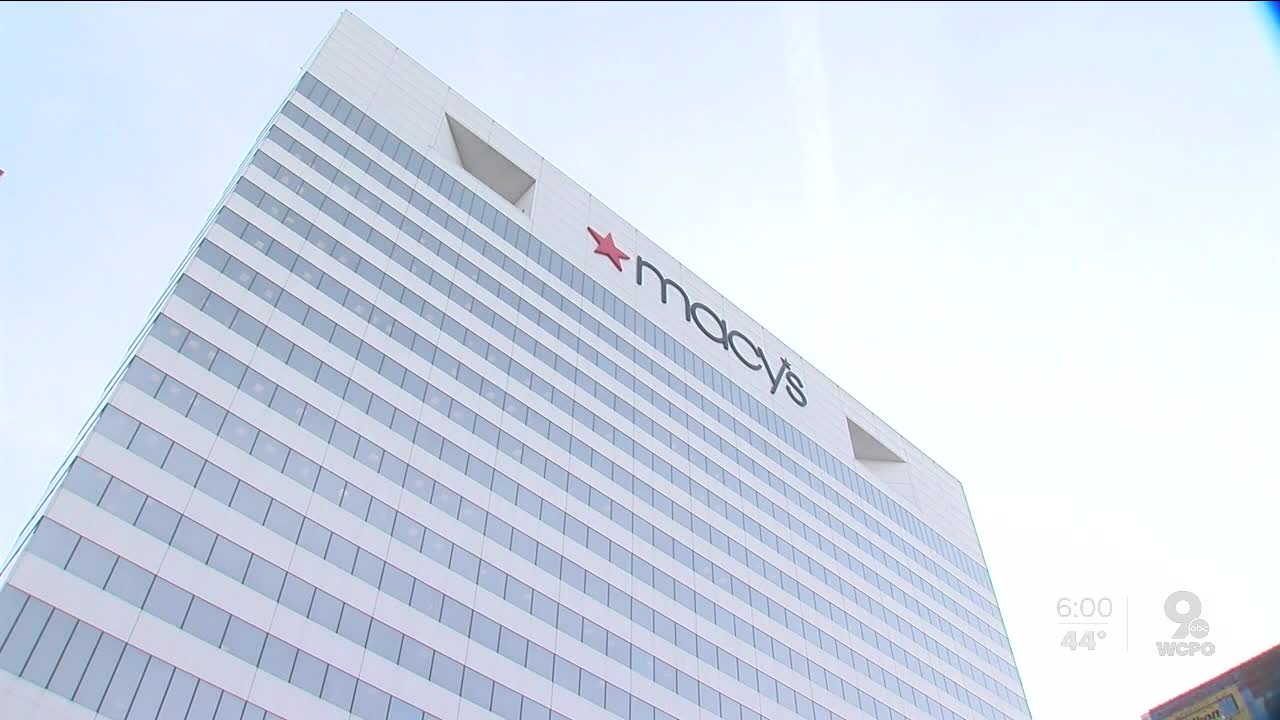 Macy's Inc. will close its corporate headquarters in downtown Cincinnati as part of a massive restructuring that includes the elimination of 2,000 corporate jobs and the closure of 125 stores in the next three years. 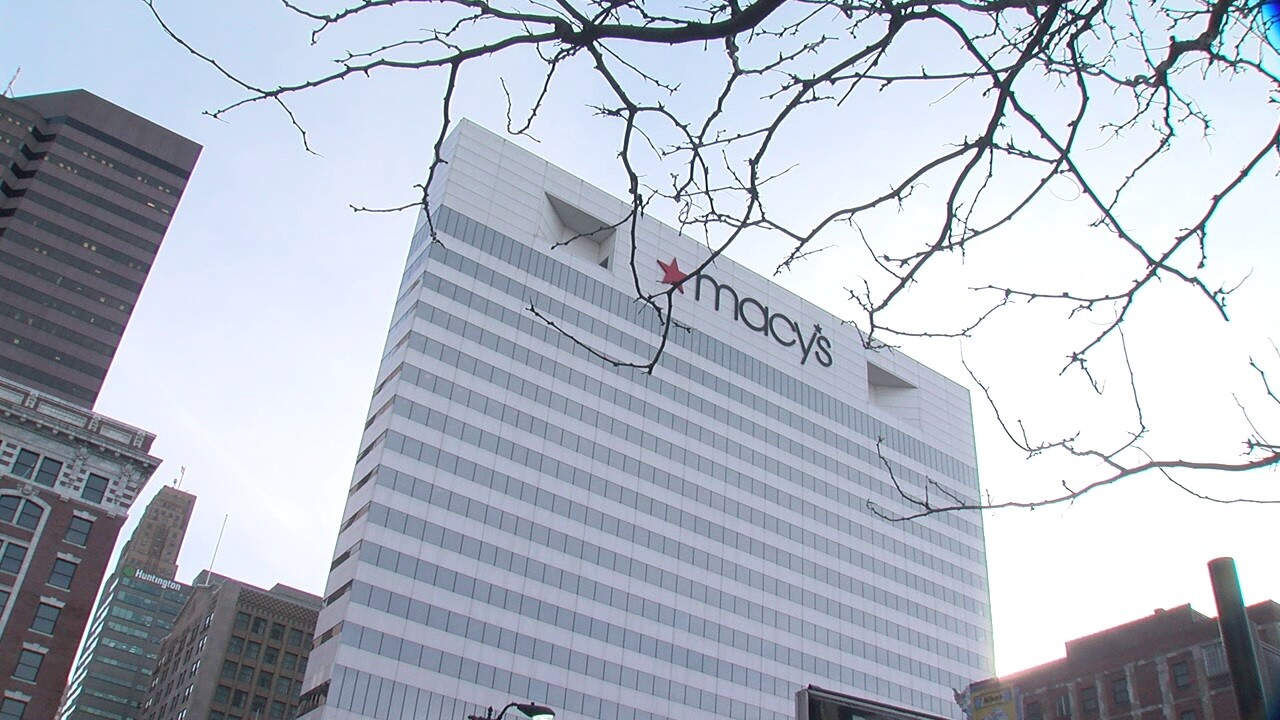 CINCINNATI — Macy's Inc. will close its corporate headquarters in downtown Cincinnati as part of a massive restructuring that includes the elimination of 2,000 corporate jobs and the closure of 125 stores in the next three years.

Macy's said most of the roughly 500 employees now working downtown will be relocated to Springdale, where employment will grow by 470 jobs to 950. Another 600 new jobs will be added in Mason, where Macy's operates a call center that's growing because of a previously announced call-center closure in Arizona. Macy's currently has about 3,000 local employees.

“We will focus our resources on the healthy parts of our business, directly address the unhealthy parts of the business and explore new revenue streams," CEO Jeffrey Gennette said in a press release Tuesday. "Over the past three years, we have shown we can grow the top-line; however, we have significant work to do to improve the bottom-line. We are confident the strategy we are announcing today will allow us to stabilize margin in 2020 and set the foundation for sustainable, profitable growth.”

As WCPO reported last month, Macy's has been shrinking its commitment to Cincinnati gradually in the last several years. Its downtown store at Fountain Place closed in 2018. The Northgate Mall store is expected to close by the end of March, eliminating 139 jobs.

“We appreciate the hard work Macy’s local employees have put in over the last several years and hope those employees will stay in our community," Cincinnati Mayor John Cranley said Tuesday in a statement. "Our City’s renaissance has persisted and continues today with our metro leading the state in job gains over the last decade and adding 24,000 jobs in 2019 — more than any other Ohio metro. Functionally, Macy’s stopped using Cincinnati as their headquarters ten years ago. This departure, while disappointing, is indicative of a changing retail industry and how they must adapt. It will not stop our City’s continued growth."

Cincinnati Vice Mayor Christopher Smitherman estimated the Macy's headquarters loss will cost the city about $50,000 in annual earnings tax revenue, based on his assumption that its 500 downtown jobs come with an annual payroll between $4 million and $5 million. He said he plans to ask City Manager Patrick Duhaney to prepare a more detailed estimate Wednesday.

In addition to the downtown Cincinnati closure, the company is also planning to close its Macys.com headquarters in San Francisco and shut down an office in Lorain, Ohio, near Cleveland. The company will expand its presence in the Atlanta area, which will replace San Francisco as its "primary technology hub."

Macy's will also expand its discount format Backstage to 30 department stores and seven free-standing locations, and it's testing a new retail format called Market by Macy's in Dallas. Market by Macy's will offer a combination of Macy's merchandise and local food, beverages and other goods. It's a smaller store format aimed at lifestyle centers, which are replacing malls as America's favorite way to shop in brick-and-mortar locations.

"Macy’s will continue to be an influential and important part of our regional economy," said Jill Meyer, president of the Cincinnati USA Regional Chamber. "Although we understand that we’ve had special status as a co-HQ with New York, we are glad that Macy’s values their long history with Cincinnati and appreciate the commitment to a continued presence in the region moving forward.

“While this decision is not the outcome we had hoped for, REDI Cincinnati remains committed to our partnership with Macy’s and will continue to support them with any future growth opportunities,” said Kimm Lauterbach, president and CEO of REDI Cincinnati. “The pressures facing Macy’s are those that countless companies across the country are experiencing. However, partnerships and projects taking place across the region are further proof of the benefits in having a growing and diversified economy like ours.”

Macy's has maintained a dual headquarters in New York and Cincinnati since 1994, but most of its management talent now resides in New York. In fact, 11 of 14 highest-ranking executives on Macy’s website are New Yorkers, according to their LinkedIn profiles and public record searches by the I-Team. None are based in Cincinnati. Macy's CEOs have worked in New York since 2003.

Nevertheless, Cincinnati got a lot of mileage out of its Macy’s headquarters status. It’s one of nine Fortune 500 companies based in the region, a fact that is often touted by economic development professionals as they try to recruit new companies.

Macy’s is an important corporate donor to philanthropic causes, including ArtsWave, United Way, the University of Cincinnati and 39 other organizations that Macy’s lists as “local partners” on its website.

RELATED: Why Macy's is sinking