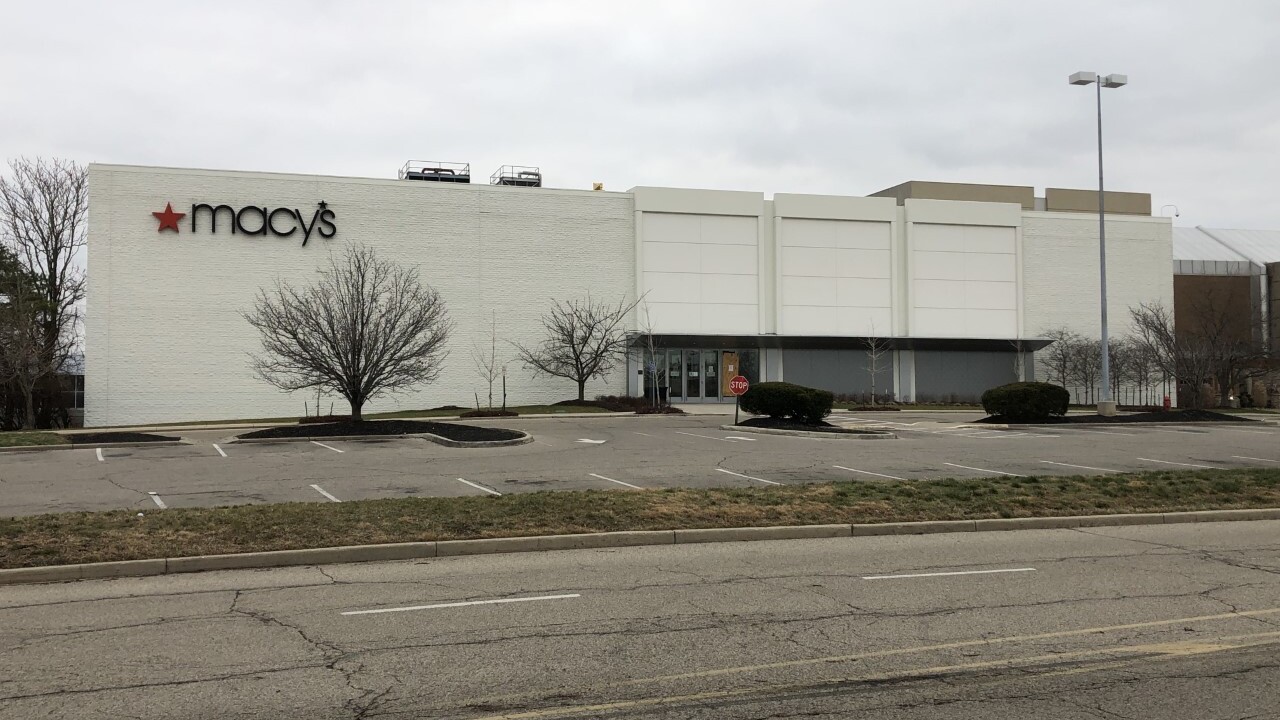 Copyright 2021 Scripps Media, Inc. All rights reserved. This material may not be published, broadcast, rewritten, or redistributed.
Terry Helmer (WCPO)
Macy's Inc. announced that it will close its store at Tri-County Mall by April 2021, photographed Jan. 6, 2021.

CINCINNATI — Macy's Inc. will close its Tri-County Mall location by April of this year as part of a national strategy to withdraw from weaker shopping malls.

The company said the closure will follow a clearance sale that begins this month and runs about eight to 12 weeks. Regular, non-seasonal colleagues will be eligible for severance if they're unable to be placed in the company's remaining stores in Kenwood, Florence and Anderson Township.

"The decision to close a store is always a difficult one but Macy's Tri-County Mall is honored to have served our customers and the community over the past 60 years," said Macy's spokeswoman Carolyn Ng Cohen.

It's the third store closure in four years for Macy's in Greater Cincinnati, which lost its Downtown store in 2018 and Northgate Mall in 2020. Also last year, the company announced it would close its Downtown headquarters as part of a national restructuring.

The Tri-County closure is part of a three-year plan to eliminate 125 locations nationwide, as Macy's focuses its store fleet on shopping centers with higher occupancy rates and more pedestrian traffic.

The WCPO I-Team ranked Tri-County as the region's second most endangered mall in February of last year, after an analysis that compared retail properties on vacancy rates, financial health and prospects for redevelopment.