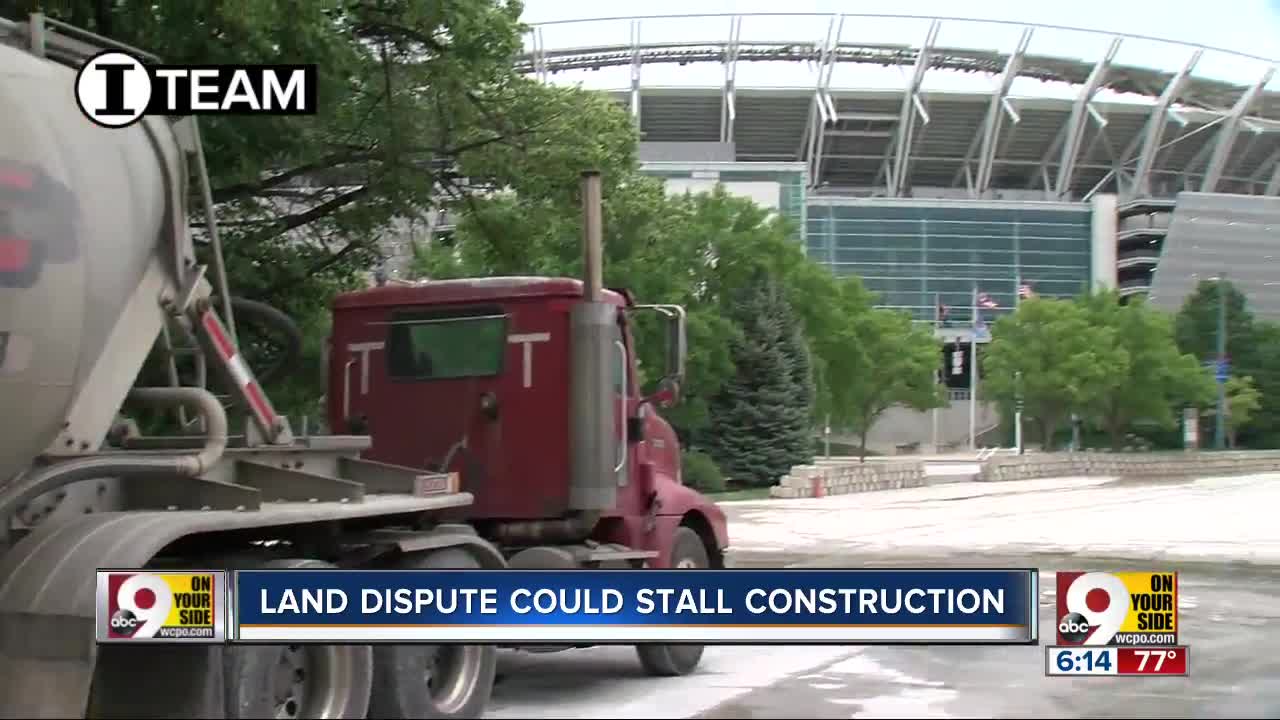 Cynthia Ford loves the Lower Price Hill neighborhood where she has lived for three years. When she found out in April that Hilltop Basic Resources may relocate to her community, she was immediately worried about dust, truck traffic and noise from the concrete and gravel facility. 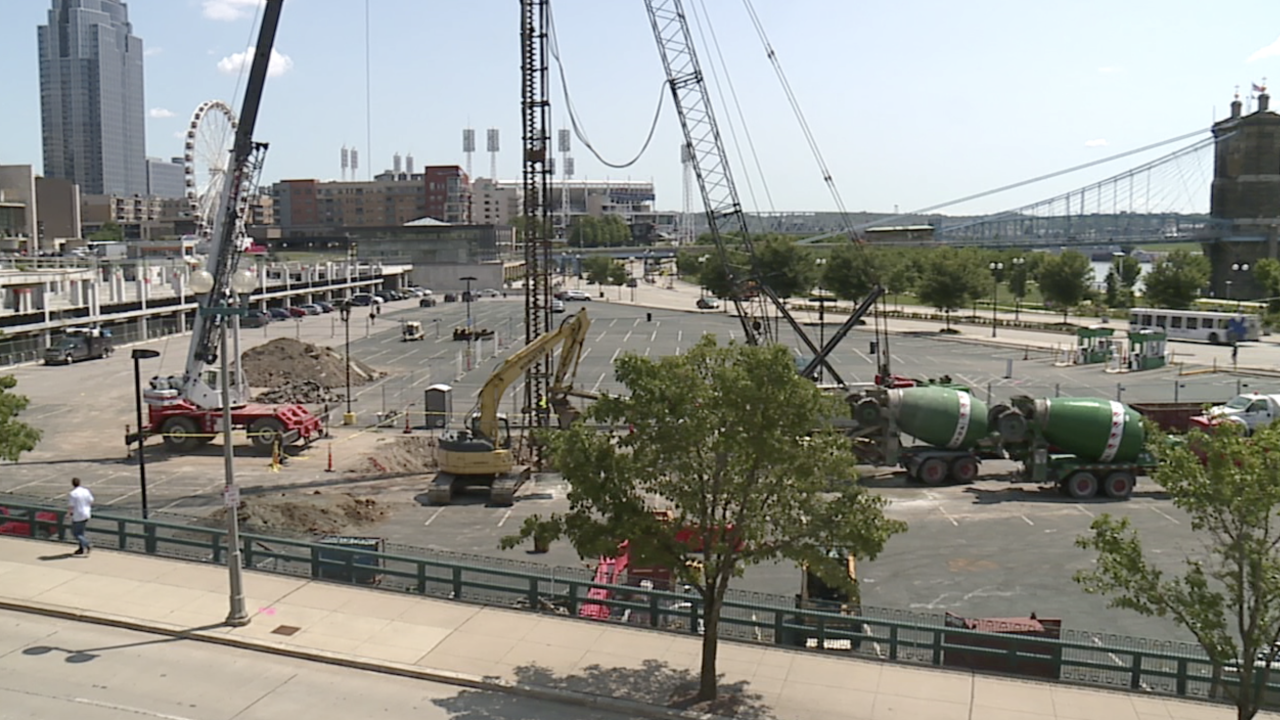 CINCINNATI — Cynthia Ford loves the Lower Price Hill neighborhood where she has lived for three years.

When she found out in April that Hilltop Basic Resources may relocate to her community, she was immediately worried about dust, truck traffic and noise from the concrete and gravel facility.

Cincinnati City Council and Hamilton County Commissioners will be hearing more from neighbors such as Ford at public hearings in September, where proposals for Hilltop’s relocation to Queensgate and Lower Price Hill will be vetted.

The meetings will be crucial. Without community support, some at City Hall won’t approve the land deal.

“Hilltop needs to present the details of its relocation plans at a community forum in the affected area of the city before we can advance any necessary approvals, legislative or otherwise,” said Mayor John Cranley, who supports a music venue at The Banks. “That is owed to the public and to the community. This is the required process of any economic development deal that will impact a neighborhood.”

Unless Hilltop can find a new home, plans for a concert venue at The Banks could be stalled. That’s because the concrete facility is at the center of a complicated land dispute between the city, county, Cincinnati Symphony Orchestra and the Cincinnati Bengals.

“The process has been time-consuming and frustrating at times, but this is something that will 1000 percent benefit the city and the region,” said Mike Smith, president of Cincinnati Symphony Orchestra’s MEMI subsidiary, which is building the venue. “We’re anxious to get started and happy everyone is pulling together to get this thing done.”

But a domino-effect land swap must take place first.

Hamilton County officials pledged to buy Hilltop’s 15 acres as part of a new lease with the Bengals to provide additional parking for fans and a new team practice facility.

The deal would allow the Bengals to give up tailgating space adjacent to the stadium so MEMI could build a concert venue.

Timing is critical because PromoWest, which lost out on the bid to build at The Banks, and parent company AEG Presents broke ground three weeks ago on a competing $40 million concert venue directly across the river in Newport.

“I think we’ll be done long before they get done,” said Tom Banta, managing director of Corporex Companies, which is building the concert venue as part of the Ovation development and hopes to be hosting concerts by December 2020.

“Everything is in our control here. We’re not relying on anybody outside, we’re fully permitted, the financing is done, we own the land, and it’s under construction,” Banta said. “I know they can’t perform faster than we will.”

A memorandum of understanding the county signed with the Bengals on June 26 puts additional pressure on The Banks concert venue.

“If construction of the music venue has not commenced by March 1, 2020, county and team shall discuss in good faith alternative uses for Lots 23 and 27 and the surface area above such parking garage facilities,” according to the agreement.

The Bengals agreed to give up tailgating space this season to allow construction of a 330-space public garage in August.

“This construction was anticipated … and has been the subject of several agreements between the Bengals and Hamilton County designed to allow construction of the Lot D parking garage,” said Bengals spokeswoman Emily Parker. “For this season, 166 parking spaces will remain available for all Bengals games, and those will be used by longtime season ticket members.”

To make up for the lost spaces, season ticket holders can park at Hilltop in 500 additional spots, Parker said.

“For the 2020 season, the parking garage on Lot D should be finished, so more parking options will be available to patrons next year,” Parker said.

Construction on the concert venue is set to begin in October — as long as the Hilltop deal is signed first.

“Team won’t object to the commencement and development of the music venue on Lot 27 and the park on Lot 23 provided that necessary parties have committed to the Hilltop property acquisition and facility development … and the Hilltop facility is scheduled to be open no later than the first team preseason game of the 2021 NFL Season,” according to the agreement.

The concert venue was originally scheduled to open in the spring of 2020, but city and county leaders were fighting over who should pay for the $29 million parking garage.

It has been frustrating for MEMI and The Bank executives, who believe their concert venue will be a beautiful addition to the riverfront.

City and county leaders are trying to engage Lower Price Hill residents in the Hilltop project, but Ford remains skeptical.

“If we had not heard about (Hilltop’s relocation) … if we hadn’t spoken up about it, in City Hall, I think it was a done deal,” Ford said. “They would be digging it up right now, getting them ready to move over here, if we had not found out about it.”

Hilltop originally planned to build a barge offloading facility on the west bank of Mill Creek in Lower Price Hill and a concrete plant and storage facility on nine acres of land they have under contract in Queensgate.

But residents don’t want a barge landing area built on the western bank of Mill Creek, where a park and recreation area is planned.

So Hilltop agreed to move to the eastern bank of Mill Creek, where the city currently leases land to Cincinnati Bulk Terminals.

“This scenario is workable and we think it addresses the concerns of Lower Price Hill residents,” said Hilltop president Kevin Sheehan.

Ford agreed and said it is “a good compromise.”

But negotiations between the city and Hilltop over that land are stalled. Lawyers for both traded unpleasant emails last week.

In the meantime, Sheehan is trying to win more community support for Hilltop’s relocation.

He invited Lower Price Hill residents to tour Hilltop’s current facilities in May has planned a second tour on August 6.

“We were able to ask questions that I think needed to be asked and get some kind of assurance there would be more public involvement in any further decisions that were made,” Ford said.

Ford wants more time for community engagement, even if it means delaying the concert venue.

“They need to take greater effort to inform the communities of major decisions like this,” Ford said. “I don’t think that was done in the case of FC Cincinnati and I definitely know initially it was not done with this community.”

Hamilton County Commission President Denise Driehaus said she wants residents to feel as if they are part of the process.

“This is ongoing conversation … everything is on the table right now,” Driehaus said. “Eventually the city and county will have joint public hearings about it. So by time we get to that, we don’t want there to be any surprises for residents about what we’re looking at.”