Can The Banks concert venue open on time if city and Hilltop squabble over relocation? 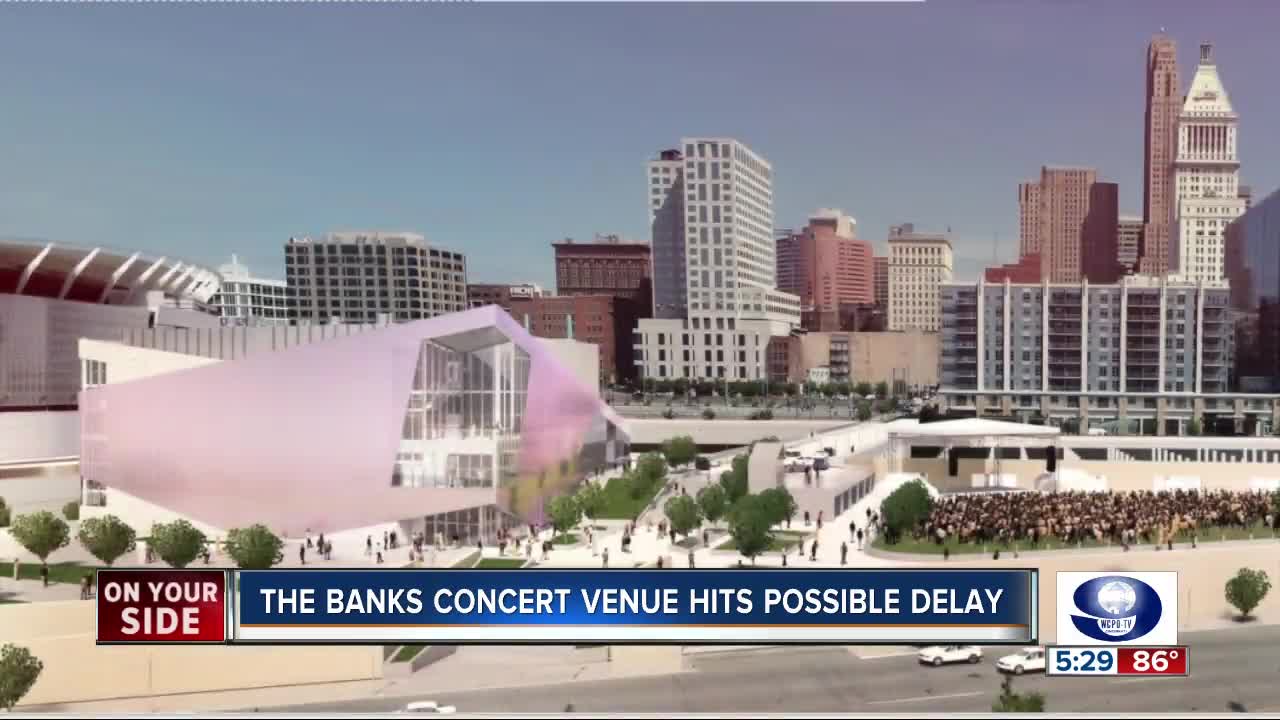 A deal to relocate a Downtown concrete and gravel facility to make way for a new concert venue at The Banks may be stalled. 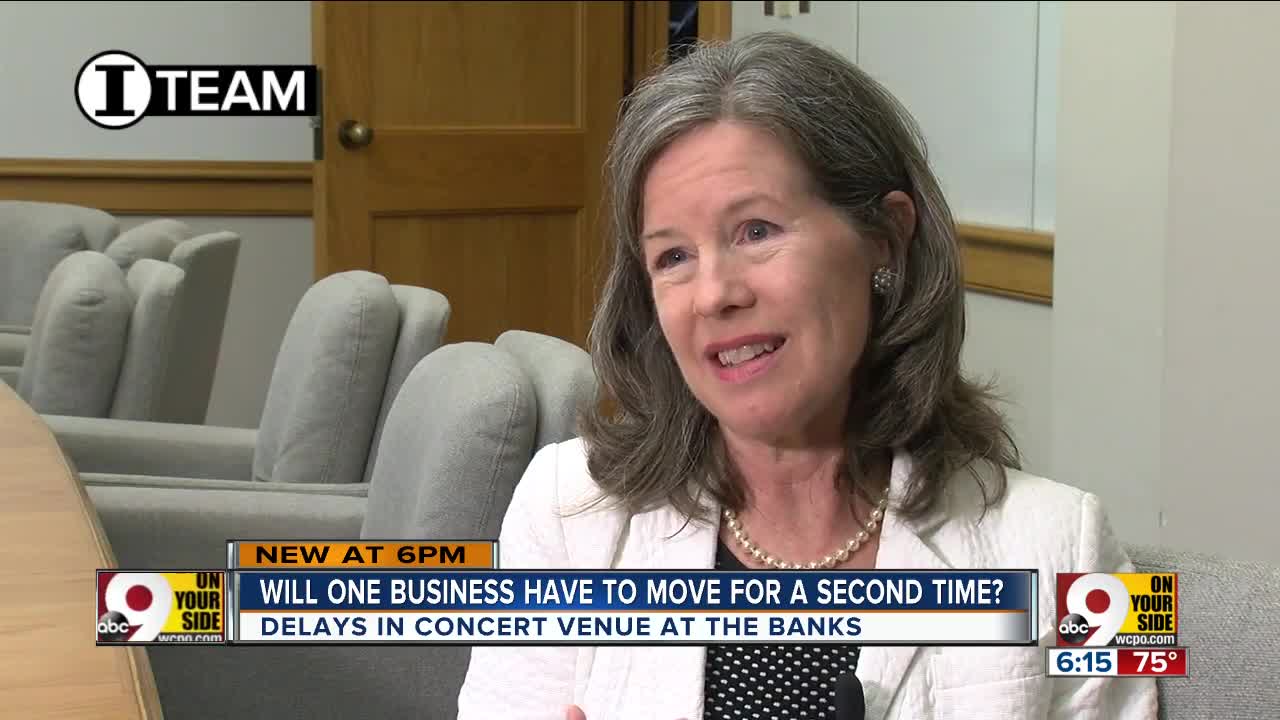 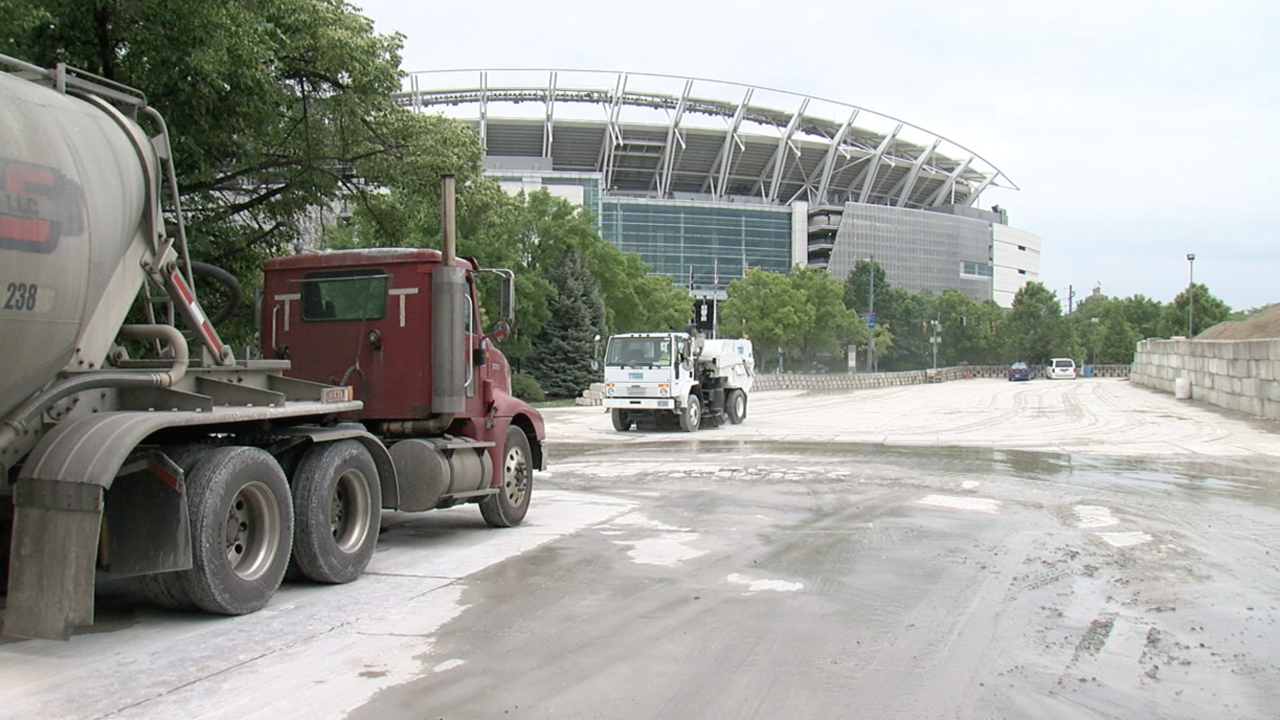 CINCINNATI — A deal to relocate a Downtown concrete and gravel facility to make way for a new concert venue at The Banks may be stalled.

Lawyers for the city of Cincinnati and Hilltop Basic Resources traded unfriendly emails this week, raising the question of whether a deal can be forged in time for construction to begin on a concert venue at The Banks this fall.

Hilltop is at the center of a political dispute involving city and Hamilton County leaders, the Cincinnati Bengals, The Banks and the Cincinnati Symphony Orchestra.

This week Hilltop accused the city of lack of transparency and inflating lease prices on riverfront land it wants to lease.

“The financial terms of the July 11, 2019 proposal were completely unexpected and disappointing,” Hilltop’s lawyer Tim Burke wrote in an email to the city late Monday.

Burke wrote, “it is questionable,” that the city is asking Hilltop to pay thousands more than what it currently charges another tenant, Cincinnati Bulk Terminals, for three times as much riverfront property as what Hilltop wants to lease.

“We simply do not understand the rationale for such a proposal,” Burke wrote.

The city fired back with it’s own email late Tuesday to Hilltop.

“I would first note, unfortunately, that this offer appears to move us further away from a resolution because it expressly ignores the city's consistent position that - for the benefit of future generations - we do not wish to transfer riverfront land on a permanent basis,” wrote deputy city solicitor Luke Blocher.

Hilltop, a 78-year-old family business, owns valuable riverfront land across the street from Paul Brown Stadium. The company has supplied concrete, gravel and limestone for landmark structures throughout the region.

Hamilton County officials pledged to buy Hilltop’s 15 acres as part of a new lease signed with the Bengals in November, to provide additional parking space for fans and a new team practice facility – but only if Hilltop can find a new home.

The deal would allow the Bengals to give up parking space adjacent to the stadium so the CSO’s music management firm, MEMI, could build a long-awaited concert venue on the space.

Timing is crucial because PromoWest, which lost out on the bid to build at The Banks, and parent company AEG Presents, broke ground two weeks ago on a competing $40 million concert venue directly across the river in Newport.

“I think we’ll be done long before they get done,” said Tom Banta, managing director of Corporex Companies which is building the concert venue as part of the Ovation development and hopes to be hosting concerts by December 2020.

“Everything is in our control here. We’re not relying on anybody outside, we’re fully permitted, the financing is done, we own the land, and it’s under construction,” Banta said. “I know they can’t perform faster than we will.”

A memorandum of understanding the county signed with the Bengals on June 26 puts additional pressure on The Banks concert venue.

“If construction of the music venue has not commenced by March 1, 2020, county and team shall discuss in good faith alternative uses for Lots 23 and 27 and the surface area above such parking garage facilities,” according to the agreement.

The Bengals agreed to give up parking space adjacent to the stadium for this season to allow crews to begin construction of a 330-space public garage in August. The county will provide extra fan parking at Hilltop and elsewhere.

Construction on the concert venue is set to begin in October – as long as the Hilltop deal is signed first.

“Team won’t object to the commencement and development of the music venue on Lot 27 and the park on Lot 23 provided that necessary parties have committed to the Hilltop property acquisition and facility development … and the Hilltop facility is scheduled to be open no later than the first team preseason game of the 2021 NFL Season,” according to the agreement.

The concert venue was originally scheduled to open in the spring of 2020, but city and county leaders were fighting over who should pay for the $29 million parking garage.

“Needless to say it’s been a very long process,” said MEMI president Mike Smith. “We’re anxious to get started and happy everyone pulling together to get this thing done.”

In addition to the concert venue, a developer plans to build a $90 million officer tower at the riverfront on Walnut Street. The tower is expected to have 15 stories with restaurants and stores on the first level. The building will also have 90 parking spaces.

The whole deal hinges on Hilltop. Finding a new site for its operation hasn’t been easy.

Hilltop wanted to put a barge unloading facility on land it owns in Lower Price Hill, on the west side of Mill Creek, and spread out the remainder of its operation over two sites in Queensgate.

Some residents were concerned it would interfere with plans for the future Price Landing Park. In order to appease residents, Hilltop is now looking to unload its barges on the east side of Mill Creek, on land the city owns but leases to Cincinnati Bulk Terminals.

But negotiations don’t seem to be going well.

The city is asking Hilltop to sublease from CBT for 40 years. Hilltop would pay $100,000 to CBT annually; pay a lump sum $500,000 prior to the lease; and pay an additional $100,000 per year for easement over the city property from the East Mill Creek site, according to Burke’s letter.

“That is simply not equitable,” Burke wrote. “Neither is the requirement that Hilltop’s interest in the property be restricted to a 40-year sublease.”

“Hilltop cannot put at risk its needed access to the Ohio River to offload materials that are the lifeblood of their business,” Burke wrote. “A limited lease term, or even worse, a sublease, compromises Hilltop’s very sustainability for the next 100 years and beyond.”

The city responded in an email that CBT also has rights as a long-term tenant.

“The company has felt and continues to feel that public interference in their contract with the city - repeated public demands that they give up land they have contracted for decades and have rights to for many more years - is meant to embarrass them,” Blocher wrote. “This is frustrating to CBT and many at the city since neither the city nor CBT asked Hilltop to relocate to this area. Rather, the county and Hilltop had a problem they asked the city and CBT to help them solve.”

The city also declined to give Hilltop any help with permitting or easements for its relocation.

“Hilltop will need to present the details of its relocation plans at a community forum in the affected area of the city before we can advance any necessary approvals, legislative or otherwise,” Blocher wrote.

Public hearings are tentatively set for September. A deal must also be approved by Cincinnati City Council.

“I would love to see these negotiations go quicker but we’re trying to accommodate a lot of different interests between the Bengals, the city and county, and the communities,” said Hilltop President Kevin Sheehan. “We’re moving at pace, quite honestly, that is dictated more by others than by us.”