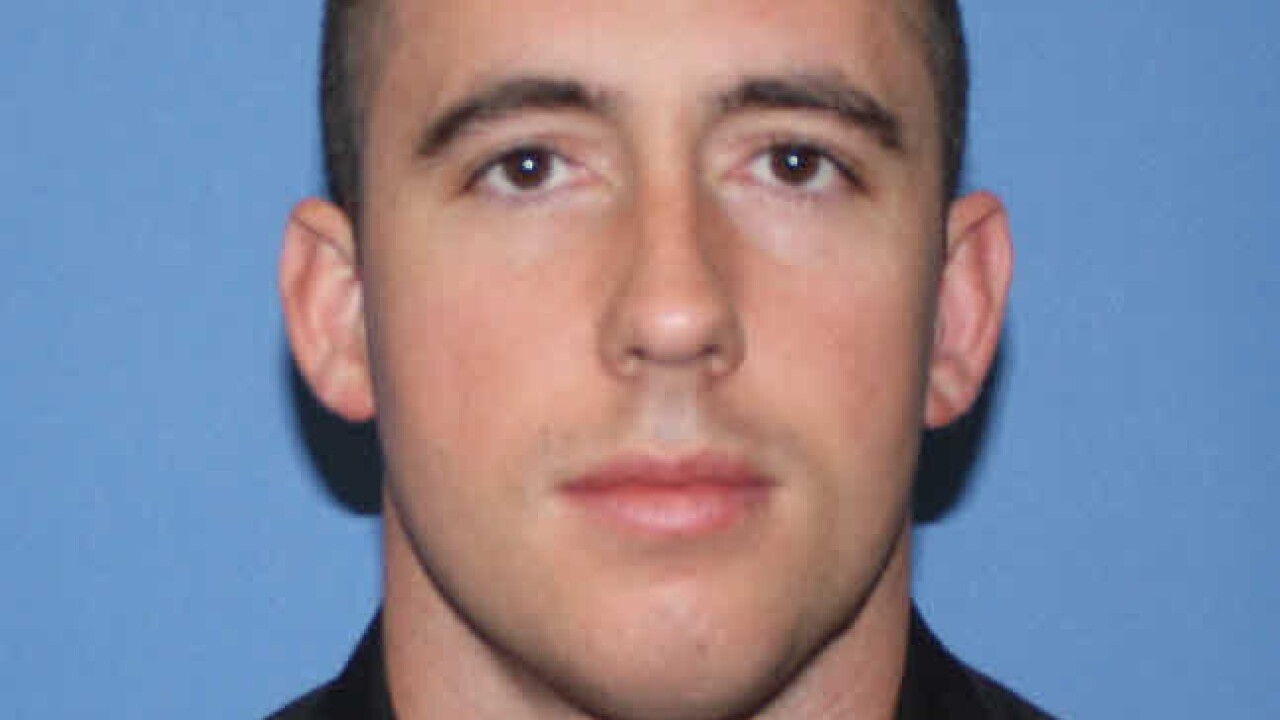 CINCINNATI — A former Hamilton County deputy who shoved a "vulnerable" 61-year-old theft suspect headfirst into a concrete wall, then left the man bleeding in a jail cell, has reached a plea agreement with federal prosecutors, according to records filed Monday in U.S. District Court in Cincinnati.

In the plea agreement, ex-deputy Jason Mize admitted that on August 20, 2016, he "did physically assault" Mark Myers, who suffered "lacerations to his scalp and a leg fracture" as a result of being shoved into the concrete wall.

Mize, who resigned from the Hamilton County Sheriff's Office in January 2017, will plead guilty to deprivation of rights under color of law, which carries a potential federal prison sentence of 10 years and $250,000 fine.

The incident was Mize's fourth use-of-force violation since the sheriff's office hired him in August 2007, according to Mize's personnel disciplinary records.

Mize resigned from the sheriff's office in January 2017 after the WCPO 9 I-Team began investigating use-of-force incidents at the Hamilton County Justice Center.

Mize's personnel file contained no documentation of discipline taken against him for his use of excessive force against Myers.

"He was facing termination," Hamilton County Sheriff Jim Neil told the I-Team in 2017. "It never happened because he resigned."

Neil lost the May 2020 Democratic primary to Charmaine McGuffey, a former Commander of Jail and Court Services. McGuffey was sworn in Monday as the new sheriff.

In May 2017, one week after the WCPO 9 I-team first reported on the incident, Myers filed a federal lawsuit against Mize and Neil.

One year later, Hamilton County Commissioners settled the case for $500,000.

Myers' injuries were so serious the sheriff's office sent the case to the Criminal Investigation Section, which referred it to the Hamilton County Prosecuting Attorney's Office.

Prosecutor Joe Deters declined to present the case to a grand jury.

In May 2018, two weeks after Hamilton County settled the lawsuit filed by Myers, a federal grand jury indicted Mize.

In the plea agreement, Mize admitted that he "obstructed or attempted to obstruct justice" by lying about the incident during the initial internal investigation by the sheriff's office.

Sentencing guidelines indicate Mize faces a potentially tougher sentence because he initially lied about his crime, his victim was vulnerable, and he committed the crime "under color of law," according to the plea agreement.

Mize is scheduled to plead guilty on Jan.12.