Did State Medical Board of Ohio fail its duty in Dr. Raymond Noschang case? 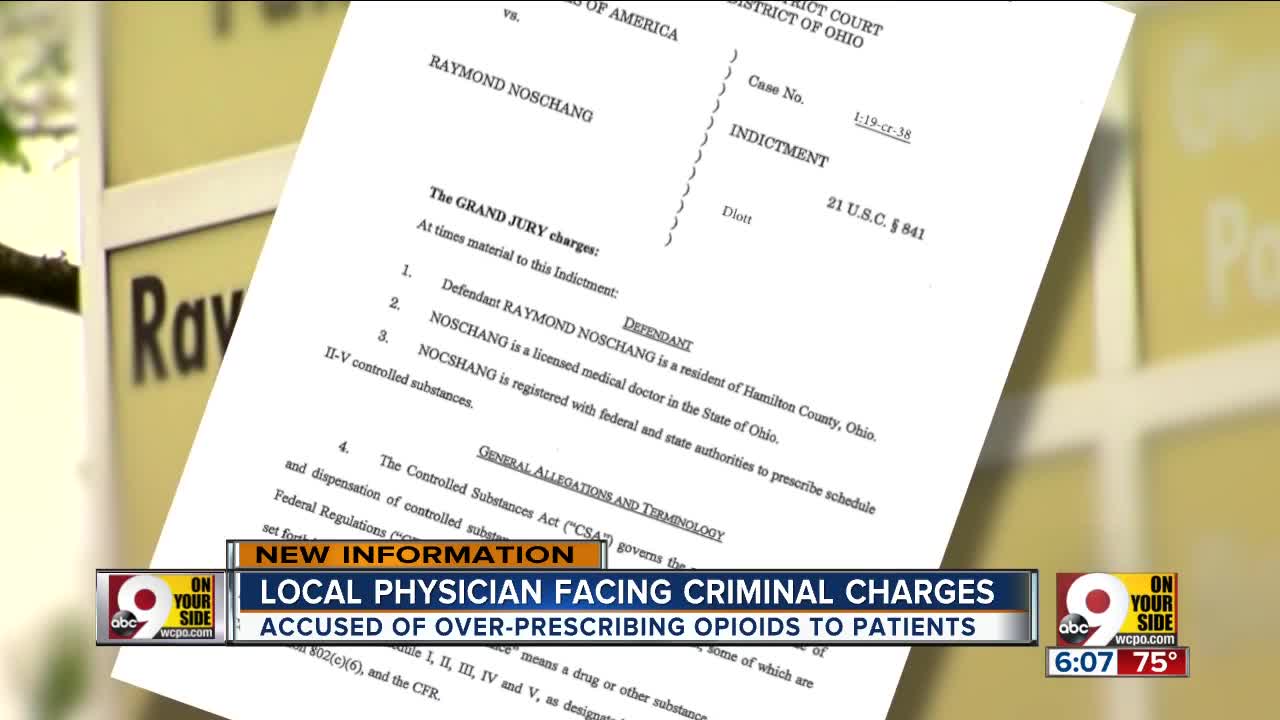 The doctor is accused of over-prescribing opioids to patients.

Did the State of Ohio Medical Board fail in its duty to protect patients from Dr. Raymond Noschang?

“People knew what the problem was and they knew how to stop it and they didn't,” attorney Bill Knapp told the 9 On Your Side I-Team.

Noschang, who treated Tyner at the time he died in 2011, is one of 31 medical doctors charged in a federal investigation related to the over-prescribing of opioids.

Tyner’s widow also told the I-Team that state medical regulators should have dealt with Noschang years ago.

After Jan Tyner died of a drug overdose, the Hamilton County Coroner's Office determined his cause of death was acute oxycodone, fentanyl and alprazolam intoxication - the same drugs he had been prescribed by Noschang.

Attorney Knapp said he told the State Medical Board of Ohio in 2012 and 2015 that it needed to investigate Noschang. Knapp said he provided details and a video recording of Noschang's deposition.

Cheryl Tyner said her daughter also wrote a letter to the medical board.

“They just said they were looking into things is what they told us. Never heard from them again,” Cheryl Tyner said.

Last week, a federal grand jury indicted Noschang on eight counts of Unlawful Distribution and Dispensing of Controlled Substances. On the same day - April 10 - the State Medical Board of Ohio notified Noschang he was at risk of losing his medical license for his treatment of a dozen patients since 2010.

The I-Team found other cases suggesting delays to act by the Ohio medical board, including Dr. Saad Sakkal, who was indicted in June 2018 for allegedly running a pill mill.

A jury convicted Sakkal last week of distributing drugs that led to one death.

He has an inactive medical license in Kentucky. In Ohio it's listed as active.

“It's disgusting. It's heartbreaking. It's frustrating,” said Knapp.

A spokeswoman for the State of Ohio Medical Board told the I-Team that Ohio law requires all complaints and investigations to be kept confidential, and that even though there may not be a public record of board action, the information is often shared with law enforcement or other government regulators.